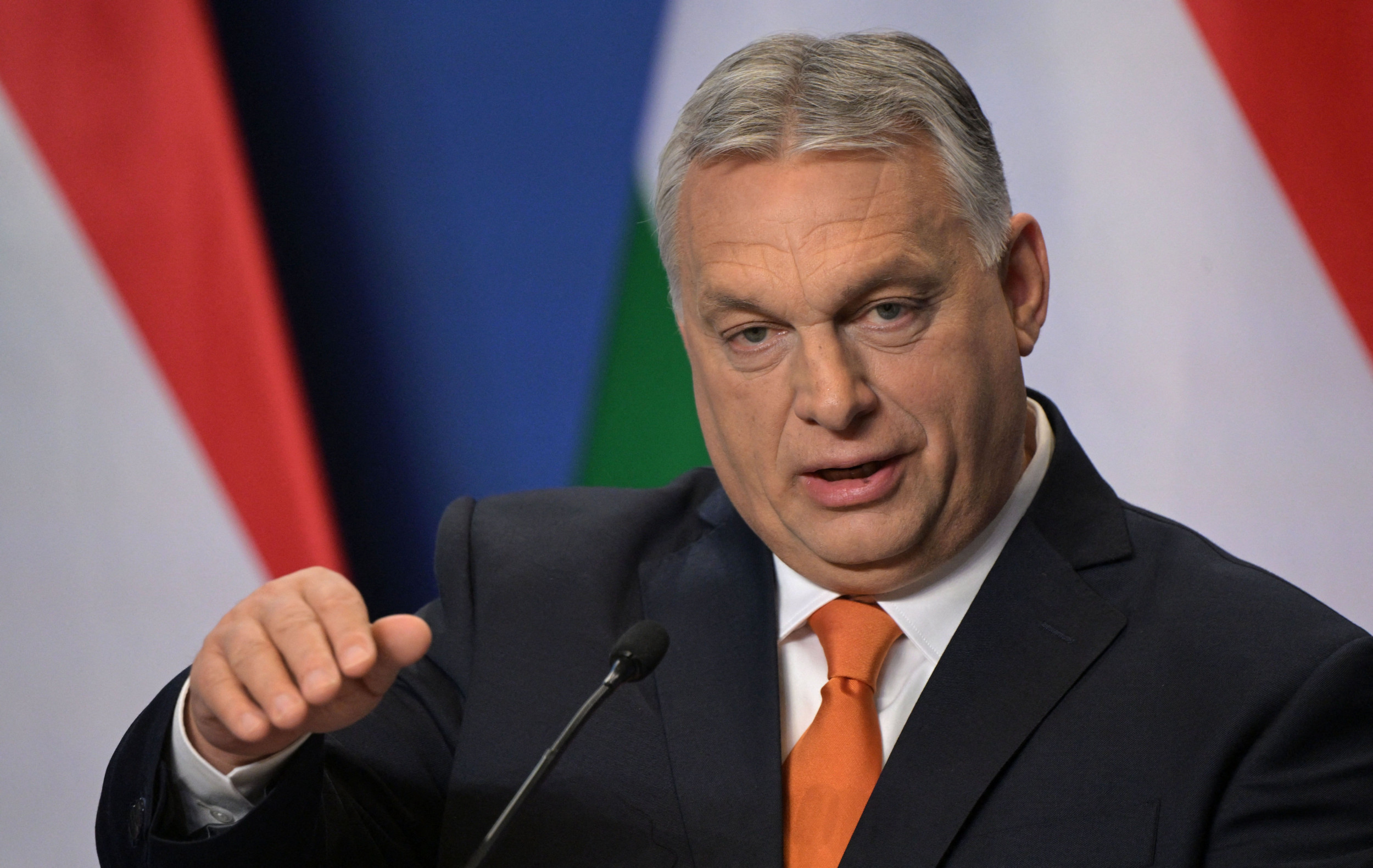 Opposition candidate Peter Marki-Zay told Newsweek even a perfect candidate would not have overcome Hungary's hostile environment.
Hungarian Prime Minister Viktor Orban's electoral victory earlier this month proves that he cannot be defeated at the ballot box, his rival Peter Marki-Zay told Newsweek as the country's opposition parties lick their wounds and prepare for a fourth Orban term.

Marki-Zay, the center-right mayor of Hodmezovasarhely who was anointed Orban's challenger by the alliance of Hungary's six opposition parties, said the decisive victory for Orban and his Fidesz party was facilitated by their close control of the national media.

Even a perfect candidate would have been unable to overcome the "propaganda machine," Marki-Zay said: "If we could have had John Lennon or Jesus Christ as the candidate, Fidesz still would have been able to paint them as evil."

"Even John Lennon, they could have painted as a warmonger," he added, referring to Fidesz accusations that the opposition wanted to pull Hungary into direct confrontation with Russia in Ukraine.

A spokesperson from Orban's office told Newsweek in a statement: "A fool is known by his speech. On 3 April, Hungarian voters made it clear that they no longer want the left and its puppet, Peter Marki-Zay."

Marki-Zay and the combined opposition were always facing a daunting task. Orban and his allies have spent more than a decade putting their mark on Hungary's constitution, its electoral system, its highest courts, the education system, and the national media.

The Organization for Security and Co-operation in Europe, which monitored the April 3 elections, said the polls were "marred by the absence of a level playing field."

"Contestants were largely able to campaign freely, but while competitive, the campaign was highly negative in tone and characterized by a pervasive overlap between the ruling coalition and the government," the organization said.

The OSCE also noted its concerns over a lack of transparency and oversight of campaign finances and biased news coverage.
#Viktor Orban
Add Comment