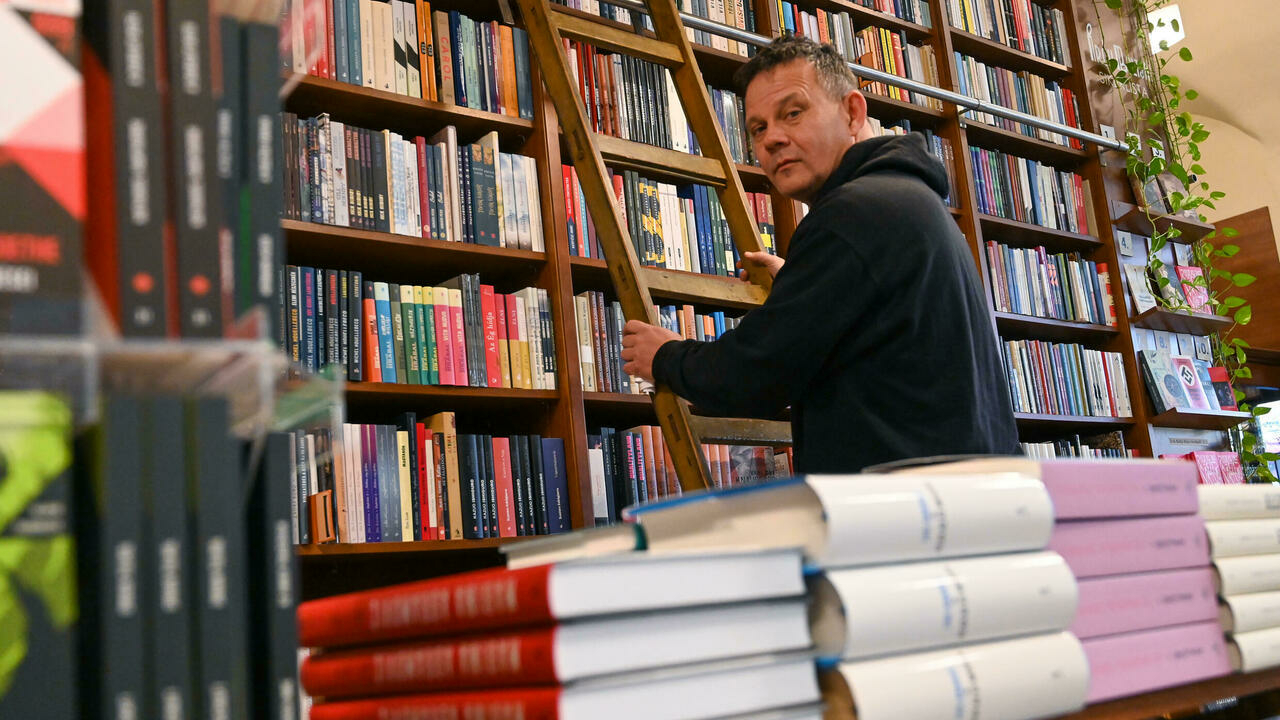 "This stupid law means certain books must be sealed in wrapping, and separated from the others," he tells AFP, at his Budapest store Irok Boltja (Writers Shop in Hungarian).

Introduced in July, the legislation provoked anger in Brussels and a backlash at home, where a tight parliamentary election is slated for April.

But Prime Minister Viktor Orban, who frames it as a "child protection" measure, is doubling down.

His government now plans to ask voters in a referendum -- likely on the same day as the election -- about LGBTQ issues and sex education in schools, including on the availability of information for children on gender change.

"We want to protect our children from LGBTQ propaganda in the same way we protected Hungarian families from migrants," Orban said on Tuesday, during a speech in the western city of Sopron.

The measures are part of a radical, socially conservative agenda that has shaped Hungary into what Orban calls a Christian bastion against liberal ideologies.

Critics say the laws are homophobic and incite hatred against the gay community. 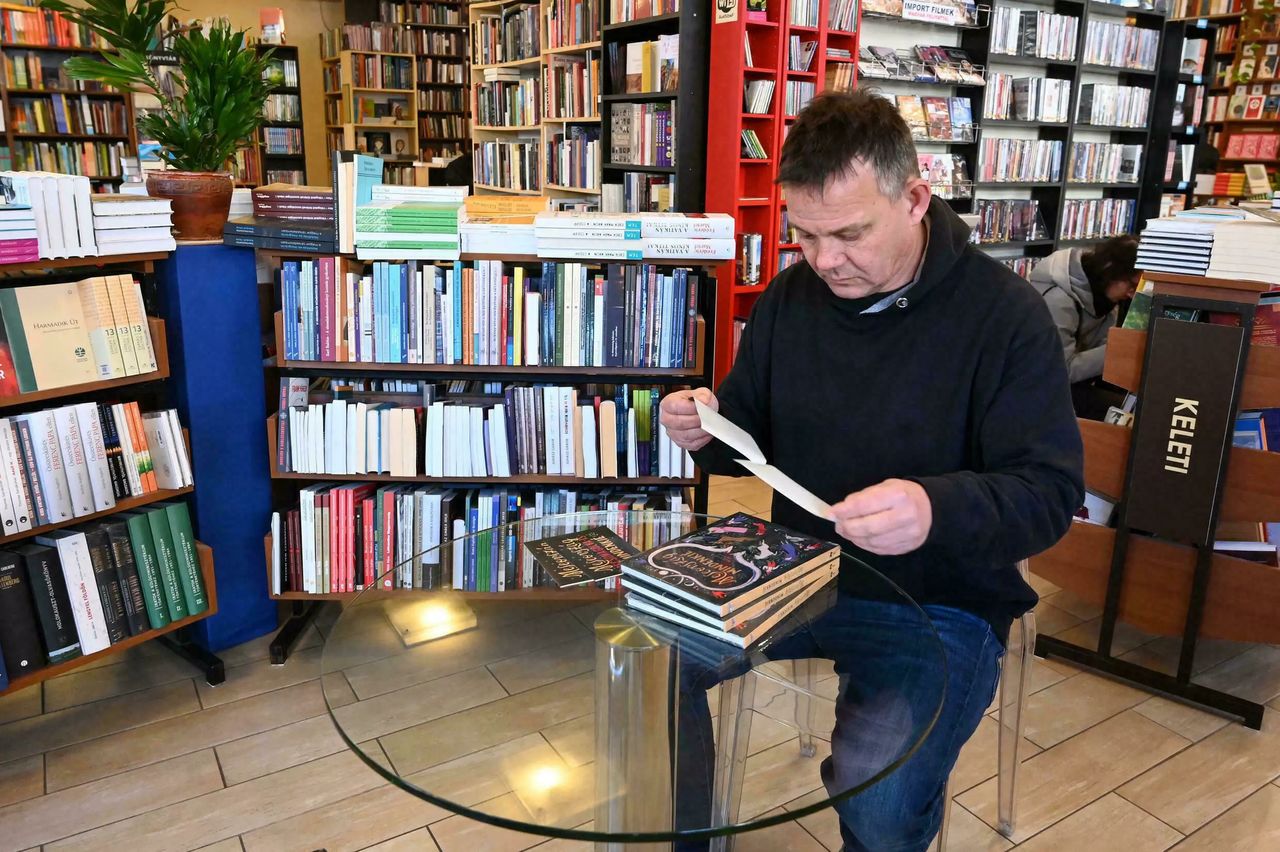 Stretching to place the children's storybook "A Fairy Tale for Everyone" -- which contains LGBTQ content -- onto the top of a bookshelf, Szakacs says the move only draws attention to the separated books.

"It's self-defeating, the snake bites its own tail," he says, adding a sticker sent by the publisher to each copy that reads "Fairy Tales are Still for Everyone Even if they are in Packaging".

The book, a collection of reworked classic fairytales with characters from disadvantaged minorities including the LGBTQ community, was publicly shredded by a far-right politician last year.

Orban later sympathised with the act and urged homosexuals to "leave our children alone".

Within the last 18 months, other laws have bound traditional definitions of family and marriage into the constitution, prevented transgender people from changing name or gender in official documents and effectively banned gay adoption.

It even emerged last week that regulators had changed the 2015 US romcom "Jenny's Wedding", featuring a young lesbian couple, to an 18 movie rating -- usually reserved for pornographic and violent content -- from its original 12 rating, local media reported. 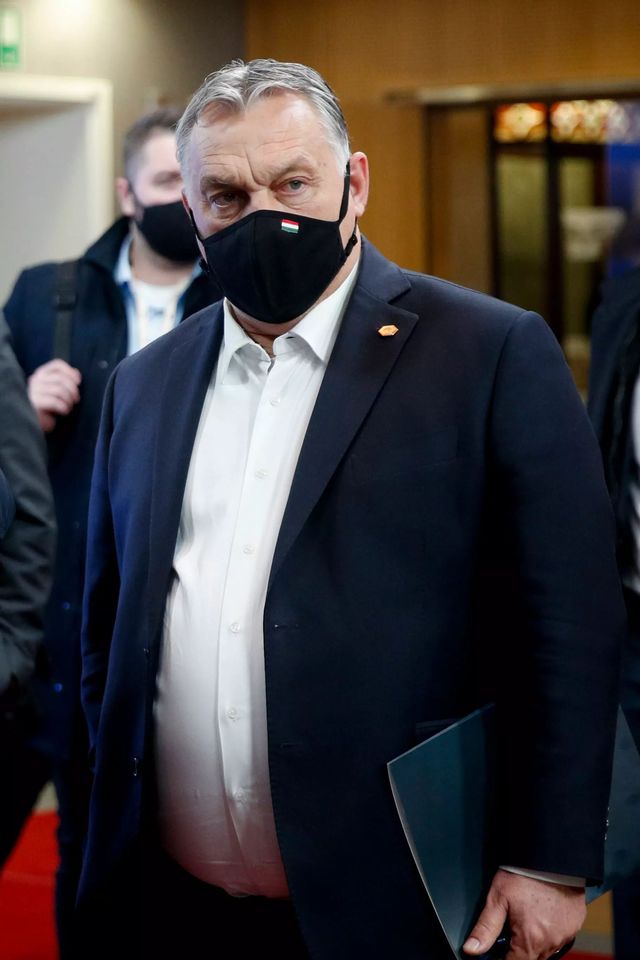 Despite Brussels' ire and a backlash at home over the new law, Hungarian Prime Minister Viktor Orban is undeterred

Opponents say the ban on the "promotion" of homosexuality conflates being gay with pedophilia.

"Thanks to the government's hate campaign, the LGBTQ community is under unprecedented attack," said Boldizsar Nagy M., the editor of "A Fairy Tale for Everyone".

Nagy has received anonymous threats and told AFP that he planned to leave Hungary so he can "live a more dignified and fulfilling life".

Homophobic attacks have doubled since last year, according to Luca Dudits, of the Hatter gay rights group which documents cases.

"The laws make the minority who are willing to be violent feel more entitled that the government is on their side," she told AFP.

At home, a record 30,000 people joined Budapest's Pride march in July, according to organisers. 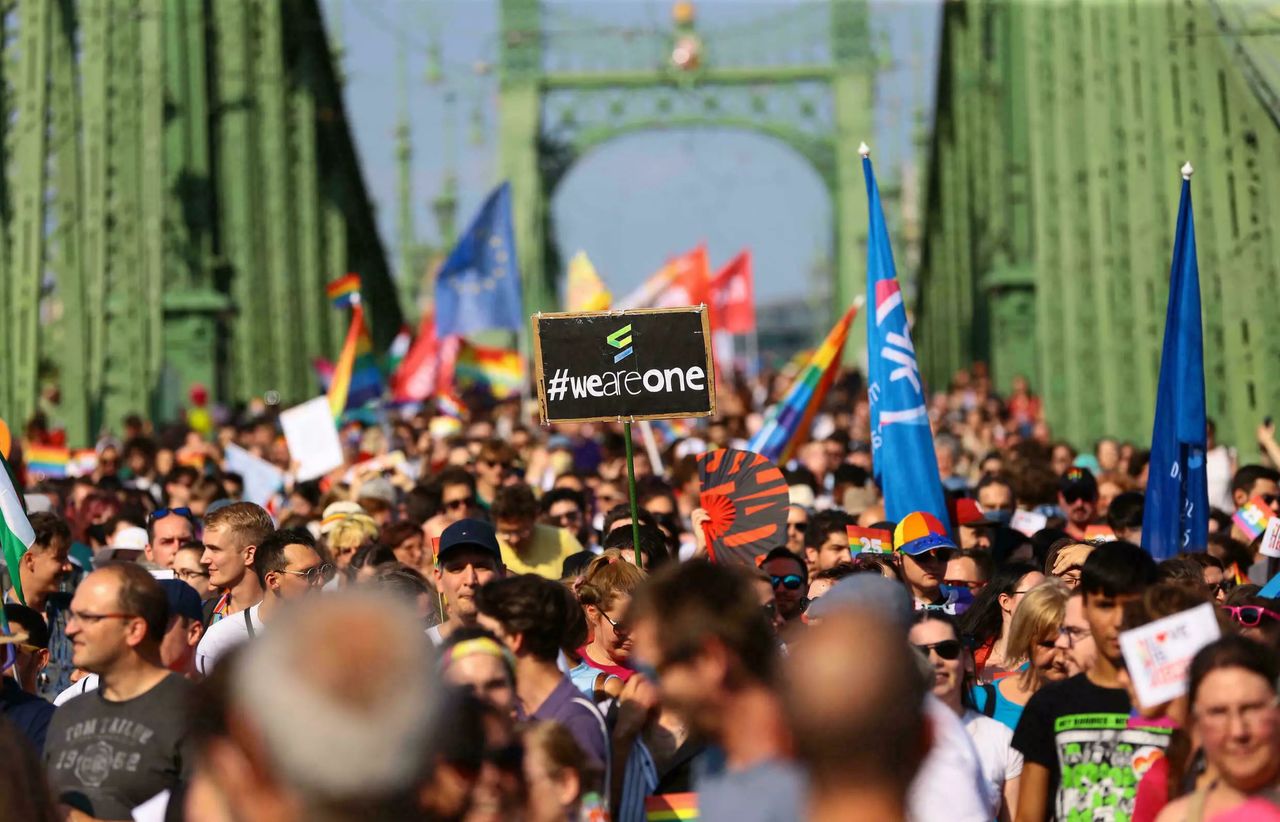 A record 30,000 people joined Budapest's Pride march in July -- the month the legislation took effect --, according to organisers

Three TV channels have said they will defy the ban by broadcasting a pro-LGBTQ families clip made by an NGO.

Dorottya Redai, of the Labrisz lesbian organisation which publishes "A Fairy Tale for Everyone", said the book's shredding and the legal measures had only fuelled interest in it.

An initial print run of 1,500 was snapped up and a second of 15,000 copies sold out soon after the furore, she told AFP.

Now it "is out or soon to be out in 10 languages for foreign markets," Redai said.

However, she lamented that the latest legislation had had a "chilling effect" on anti-homophobia school outreach programmes organised by Labrisz, with headteachers shying away from inviting activists.

Orban's challenger in next year's election, Peter Marki-Zay, who describes himself as a "traditional Catholic conservative", told AFP that he would scrap homophobic laws if elected.

But even as some polls indicate that most Hungarians are less homophobic than years ago, Orban appears undeterred. 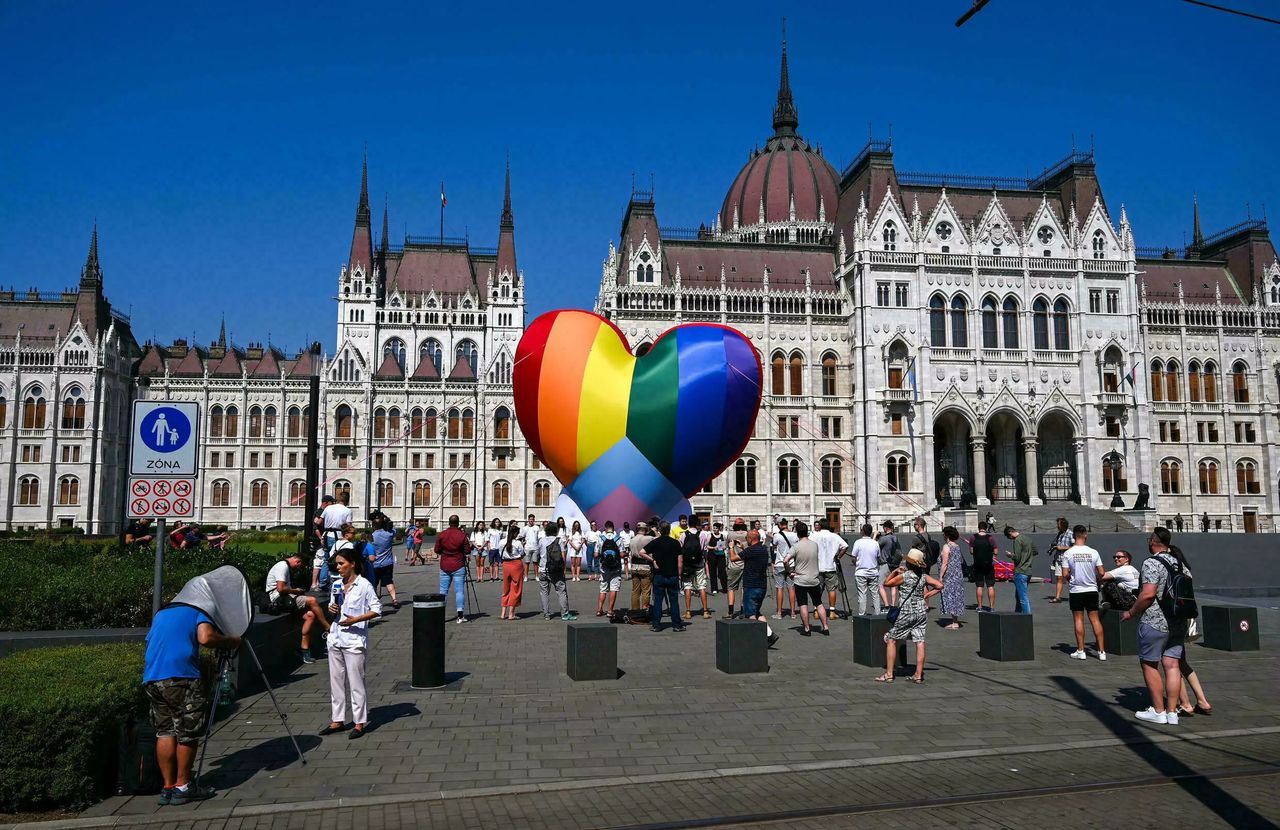 "Orban and (his ruling party) Fidesz usually cleverly pick enemies who are out of sight or don't respond, but there is a strong LGBTQ community here, this won't be as effective a vote-winner," Virag told AFP.