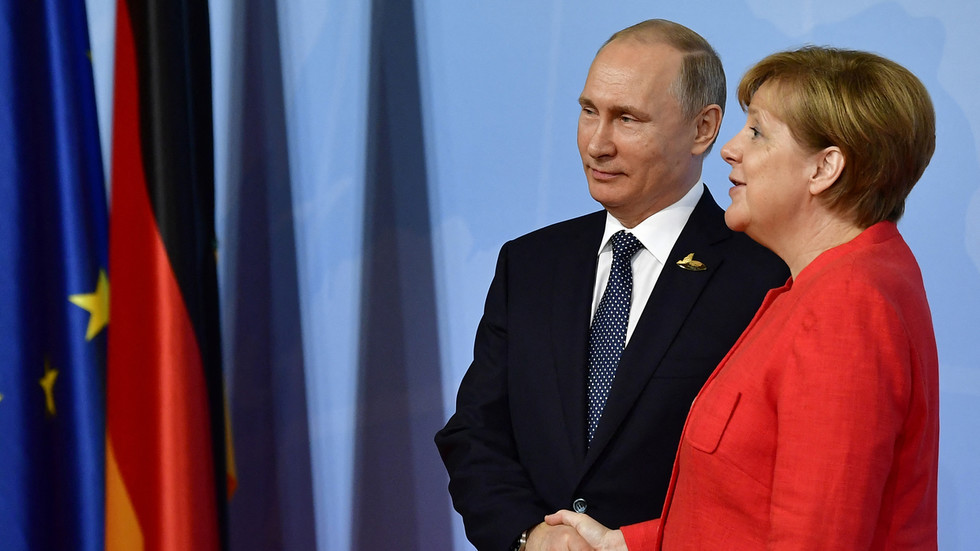 How Russia is dividing Germany

With tensions rising, how Berlin should respond is splitting opinion
It is becoming increasingly clear that the Germans can't escape history. Putting aside Berlin's finely tuned coalition deal and appeal for unity, Chancellor Angela Merkel’s successors are unable to hide their differences.

While there are any number of pitfalls that could see the fragile agreement strained, this time the pressure is coming from the East. Russian President Vladimir Putin’s recent military-diplomatic push to propel the West out of its unilateral complacency and into new security negotiations is aimed most of all at the USA and NATO as a whole.

However, its effects on Germany are substantial, too: Against the background of an ongoing gas supply crisis that points to deepening de facto dependency on Russia and unresolved problems in the German energy transition strategy, Moscow’s pressure is rupturing the fault lines inside Berlin’s coalition – in particular between the Social Democrats, led by Chancellor Olaf Scholz, and the Greens with, among others, the Ministry of Foreign Affairs under Annalena Baerbock.

It is true that in principle – that is, as far as rhetoric goes – everyone in the German government agrees on some form of two-track strategy toward Moscow, combining conditions and sanctions on one side, and negotiations and cooperation on the other; in Baerbock’s phrasing, “dialogue and toughness.”

But in reality, this common denominator is so small and ill-defined that it is almost irrelevant when it comes to specific policies and decisions. At that level, what matters are the differences in emphasis: on toughness with Baerbock, on dialogue with Scholz.

This divergence has been highlighted over the last week or so: First, there were rumors in the German yellow press that the chancellor was seeking a fresh start with Russia, a sort of German reset Sonderweg. This has not been confirmed. But there seems to be something to the story; at the very least, it is plausible that Scholz is seeking to make German foreign policy a 'Chefsache‘ – that is, an area shaped and controlled by the chancellor, with the foreign minister in a consulting and implementing role only.

If so, he has much precedent and the constitution on his side: the principle of 'Richtlinienkompetenz’ – the authority to define key directions – means that a chancellor can claim supremacy over any field of policy. To what exact degree he or she can make that claim prevail, however, is another matter.

At the same time, a short visit to Washington by Baerbock has brought out her emphasis on firmness toward – and, really, confrontation with – Russia. More disturbingly from Scholz’s perspective, it has signaled the fact that on the subject of the contentious Nord Stream 2 pipeline, the stolidly 'Atlanticist’ German Greens see eye to eye with the US establishment, but not so much with the German chancellor. Whereas Scholz understands the pipeline as a business project, Baerbock demonstratively asserted its geopolitical significance.

Meanwhile, an unnamed Washington official leaked some wrist-slapping criticism of the chancellor as soft on Russia, via Germany’s obliging liberal-conservative newspaper of record, the Frankfurter Allgemeine Zeitung. Scholz is a cerebral type from Germany’s frosty North, but it must still feel a tad awkward to see conveniently anonymous Americans use the occasion of his foreign minister’s visit to rebuke him before the German public.

None of this is sensational: German coalitions can be scrappy, and American diplomacy is flatfooted on a good day. Yet two things are worth a closer look. First, Berlin’s foreign policy coalition trouble has emerged remarkably quickly, catalyzed by Moscow’s moves over the last month. Thus, whatever else happens, Moscow’s test has already demonstrated one thing: Esprit de corps and discipline among Germany’s new rulers are insufficient. At the first moderate outside pressure, widely suspected rifts have become unprofessionally apparent. That is especially embarrassing, since the new coalition set out with cocky claims to do better.

Second, there is a deeper, historical dimension. If we adopt a longer perspective, this moment is part of an inevitable, if unpredictable, process of recalibration. Here’s why:

Between (at the latest) the first unification of Germany in 1871 and the country’s total defeat in 1945, the relationship between Germany and Russia was crucial, for better and worse, to European and global peace and war. Then, during the short half-century of the Cold War, this logic was subordinate to the contest between Washington and Moscow.

Subsequently, over the last third of a century, four key things have changed, and one has not: First, at the initiative of Moscow and, with the enlightened (if selfish) consent of Washington, the Cold War ended in a compromise heavily favoring the West. Second, against this background West Germany absorbed the former East Germany in another unification, while remaining under American hegemony.

Third, unable to escape the acute crisis triggered by well-meant but jumbled reforms from above, the Soviet Union imploded, and an increasingly assertive and powerful – that is, historically normal – Russia has emerged from its ruins. Fourth, challenged by rising multipolarity and unable to initiate any serious reforms, from above or below, the USA has entered a period of decline. It may be transitory or terminal. It certainly has not been reversed. Perhaps America will be back one day, but that day has not yet come. Finally, the one thing that has not changed: China is still rising.

In that post-post-Cold War world, Germany has yet to find its place. It takes no undue nostalgia to understand that, since from a historical perspective it’s – quite literally – back, one key part of finding its place is redefining its relationship with Russia, another country that is also – again, quite literally – back. While too many Western observers are obsessed with specific politicians, events, and crises, it is this tectonic shift that still needs to be worked out.

The problem in Berlin is that no one seems to want to do so. In essence, some, like Baerbock and the Greens, cling to an invocation of very selectively applied 'values’, and to two misguided expectations: that Russia must change to become more like 'us’, and that America will, ultimately, straighten out. Others, like Scholz and the SPD, explicitly offer a rehashed 'Ostpolitik’ of cooperation with Russia, which also sometimes comes with flimsy promises to make Russia more like us.

While the 'value’ adherents – let’s call them Baerbockians – get to enjoy their own moralistic rhetoric, the representatives of 'Ostpolitik’ reloaded – or Scholzians – can pride themselves on being more boringly constructive. Yet both camps badly lack perspective: The Scholzians have no credible purpose except pragmatically maintaining the peace, and ideally making some profits as well.

While that easily beats the risky illusions of the Baerbockians, this pragmatism suffers greatly from the fact that its results are taken for granted as long as they last. Yet the best that can be said for the Baerbockians is that they mean well and satisfy public needs for a bit of collective self-righteousness.

What is missing is a genuine rethink to overcome this flawed and tired alternative. The results of such a rethink are, naturally, not predictable. In fact, it is not certain that it will ever take place. But if it does, it will have to finally factor in at least three facts: First, Germany’s – and Europe’s – anomalous dependence on the USA made sense in the past but has ceased to do so.

Fruitful cooperation would now presuppose building real European autonomy. Second, Russia is already a substantial power again. As long as that remains a fact, the only reasonable path to lasting security in Eurasia involves calm politics of give-and-take, and not pressure-until-you-yield or longshot bets on regime change. Finally, security policy must become robustly agnostic regarding ideology.

This is a point that the rationalist Scholz at least has already recognized, acknowledging the need for global cooperation “including with governments that are entirely different from ours.” A Cold War, largely bipolar world could – barely – afford obstinate struggles over who had the better 'values’. The emerging multipolar world – crowded, hot, and stressed – will hardly cope with negotiating separate interests and shared survival.
#Angela Merkel
Add Comment