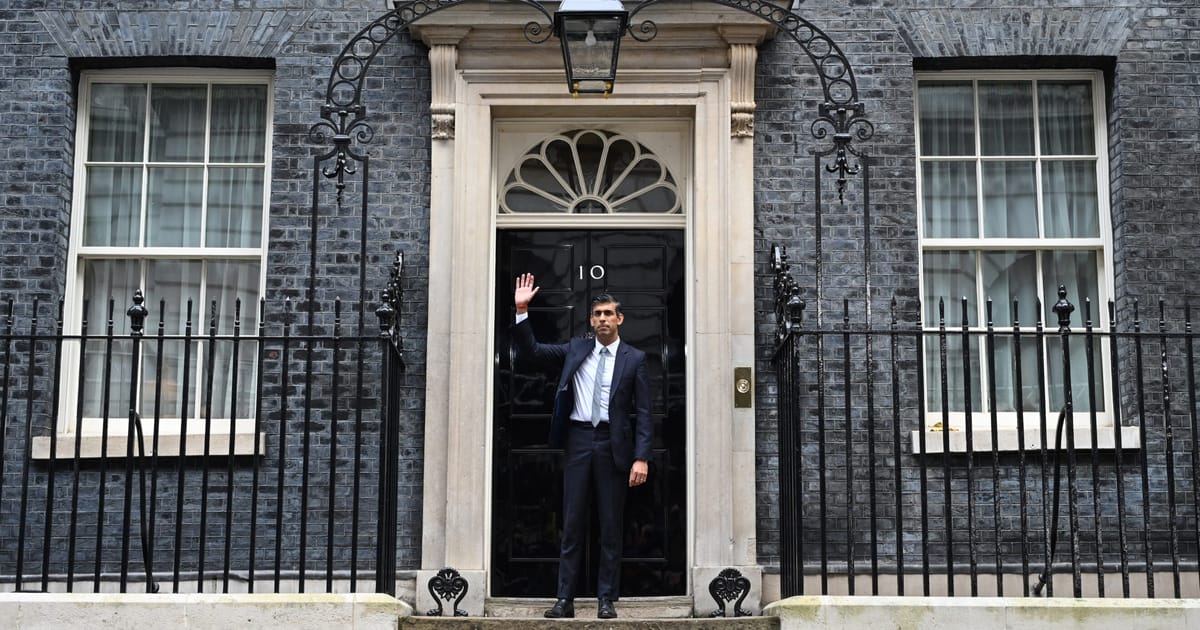 Rishi Sunak’s team is formed of a micro-generation neither Generation X nor millennial.

As a new year dawns, a new micro-generation is running Britain. Rishi Sunak’s arrival in No. 10 Downing Street has heralded the age of the “Xennials.”

At 42, Sunak is — famously — Britain’s youngest prime minister in more than 200 years, albeit only a year or so younger than David Cameron and Tony Blair when they each came to power.

But according to commentators, and to those who work closely with the new-look No. 10, Sunak and his youthful Downing Street operation are in a generation all of their own — and that’s shaping the choices they make in office.

Born in May 1980, Sunak is part of a micro-generation known as “Xennials” — people born in a short window in the late 1970s and early 80s, straddling Generation X and the millennials.

Xennials grew up in an analog world of VCRs and cassette tapes, unlike their digital-native millennial colleagues, yet have largely worked in an era of smartphones and high-speed internet.

They started their careers before the 2008 financial crisis hit, and many snuck onto the housing ladder before it was kicked away. But they, like the millennials, have worked through the crash, the political turmoil of the 2010s and the COVID-19 crisis.

In Sunak’s No. 10, older heads are few and far between.

“There is a proper coup of the Xennials,” one former aide close to Team Sunak said, also citing the appointment of Eleanor Shawcross, who runs Sunak’s policy unit, and key policy advisers Bill Morgan and Nick Park.

Unlike their Gen X predecessors, the Xennials were still children when Margaret Thatcher was in her pomp. The Conservative prime minister had left office by the time they hit their politically-formative mid-to-late teens and early 20s, even if her legacy lingered on.

They are a cohort “not cynical enough to be truly grunge, but not nearly as cheerfully helicopter-parented as millennial, participation-trophy kids,” the U.S. journalist Sarah Stankorb, who coined the term in 2014, explains, referencing a modern phenomenon where children are awarded prizes simply for participating in contests.

There’s another key trait Stankorb has spotted in her generation. “You can understand the ‘before’ [digital] times, but you are also capable of learning,” she writes. “In some ways you are digital native, but it isn’t like being born into it, like younger millennials or Gen Z.”

Speaking on POLITICO’s Westminster Insider podcast back in 2021, Sunak confirmed he could recall the era of the mix tape, and revealed his wife probably still had a mix CD which he’d made for her in his youth. He also recalled when discs were actually floppy — all key Xennial attributes. 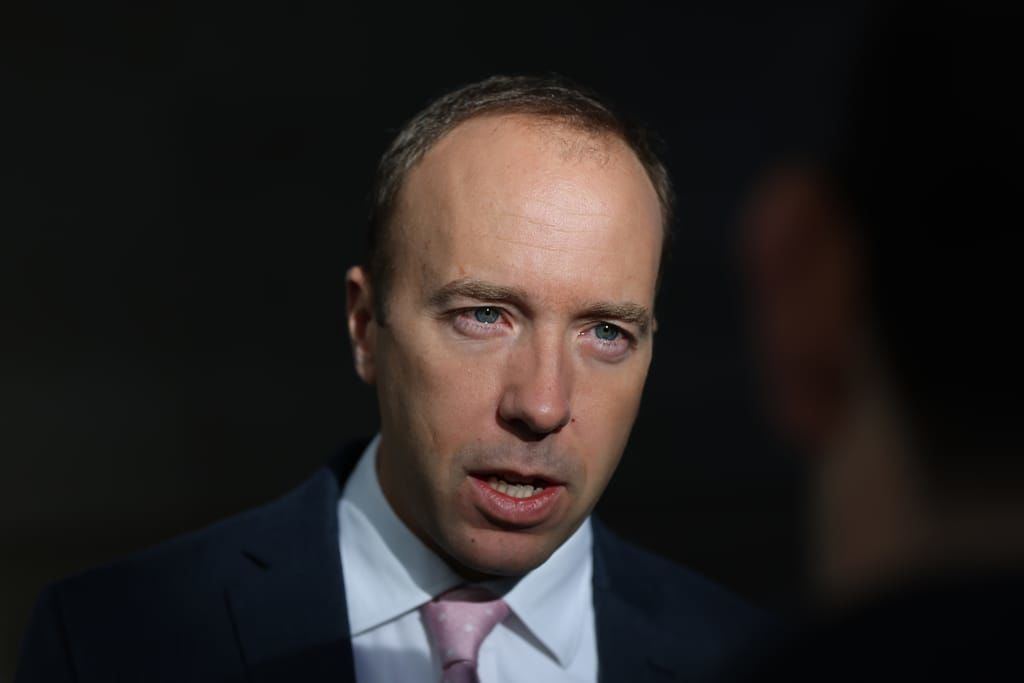 Matt Hancock, known for his toe-curling use of social media, was born in 1978

Those who know Sunak well say there are clear signs of this mindset in the way he and his colleagues are running No. 10.

The former aide quoted above claimed Sunak is the “most tech-aware prime minister we have ever had,” and “will build that into policy-making if he has time, in a way other prime ministers haven’t.”

A lobbyist who has worked with Sunak noted that it was hard to predict which way the PM would move on an issue because he is so “widely driven by the data.”

But another former adviser fears Sunak’s straddling of the digital and analog worlds may not be to his advantage, and can lead to basic errors of tone and judgement.

“[Xennials] don’t understand why people aimlessly click on stuff all the time and spend all their time on social media, but [they] know that that’s where the future is,” the ex-adviser said.

“That’s why you get all these crappy [government] videos, even though no-one will be following the prime minister’s accounts and being informed through that. This is why you get ministerial TikTok, and the rise of [former health secretary] Matt Hancock.” Hancock, known for his toe-curling use of social media, was born in 1978.

“It’s just jarring,” the ex-adviser added. “It’s not working somehow, and that is why the Tories look like even bigger geeks than they are.”

Given his relative youth, Sunak has already faced questions about whether his policy agenda offers anything for squeezed millennials still struggling to get a foothold on the housing ladder.

Challenged on that very point in a BBC interview Sunday, Sunak insisted the pledges he had made in his new year speech — among them tackling inflation, restarting economic growth and reducing public sector debt—were “the country’s priorities.”

“The best thing we can do to help that generation is to get interest rates down, and that means getting inflation down which is why the first priority I set out this year was to halve inflation, the second priority I set out was to grow the economy,” he said. 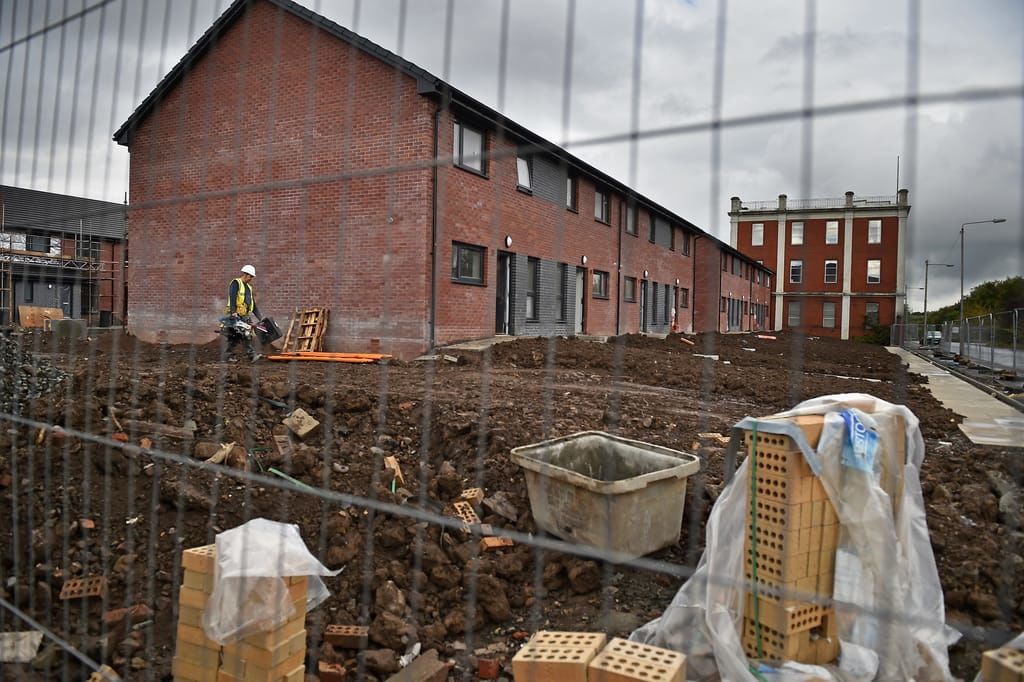 Ryan Shorthouse, founder of the Bright Blue think tank for centrist Conservatives, said the decline in younger people voting Tory can be blamed on Britain’s chronic lack of affordable housing

But many Tory strategists fear Sunak and his party are still doing far too little to woo millennial voters, citing data suggesting the Tories are shedding support among this cohort.

Ryan Shorthouse, founder of the Bright Blue think tank for centrist Conservatives, said the decline in younger people voting Tory can be blamed on Britain’s chronic lack of affordable housing, as well as a falling birth rate among generations now lacking the economic stability to start a family.

“I think that should send shivers down Conservative spines,” he said. “I just haven’t seen enough yet from Rishi on supporting his generation, ultimately.”

Hoodies are for lounging

Back in No. 10, Sunak has also shunned some of the work habits that have come to define millennials, including informal dress and a pandemic-induced fondness for home-working.

While often pictured wearing a hoodie, Sunak has in reality, according to one current official, stuck to a Liz Truss-era diktat that staff should be smartly dressed.

“He is relatively traditional [in his managerial style], which probably speaks to the point about being on the cusp of both generations,” the first former adviser quoted above said.

“He is quite deferential and respectful, and I suspect he wants people dressed properly most of the time. He definitely wants people around, putting the hours in,” the adviser added.

Despite concern about Sunak’s policy focus, Shorthouse said there are “really impressive” people in No. 10, including Shawcross and Deputy Chief of Staff Will Tanner who are “very passionate about improving policy for millennials and younger people.”

And while the the Xennials’ time may have come in No. 10, Sunak also has a number of senior millennial officials in his team.

His chief of staff Liam Booth-Smith, director of communications Amber de Botton and press secretary Nerissa Chesterfield are all thought to qualify as proper millennials. Sunak’s 37-year-old parliamentary private secretary Craig Williams, the MP tasked with being the key point-person with Conservative backbenchers, is increasingly important to the Downing Street operation, and “trusted completely” by the team, a second current adviser said.

There are also older heads at the heart of Sunak’s wider operation, albeit based outside of No. 10. Chief Whip Simon Hart, who turns 60 later this year, is in “all the important meetings,” the second current adviser added. Sunak’s Downing Street neighbor, the 56-year-old Chancellor Jeremy Hunt, is also said to be forming a good relationship with the PM.

Sunak is not quite the first Xennial world leader, of course and should he need advice from a global ally of a similar age, can always pick up the phone to French President Emmanuel Macron — born in December 1977.

Failing that, North Korean dictator Kim Jong-un is thought to be a Xennial too.