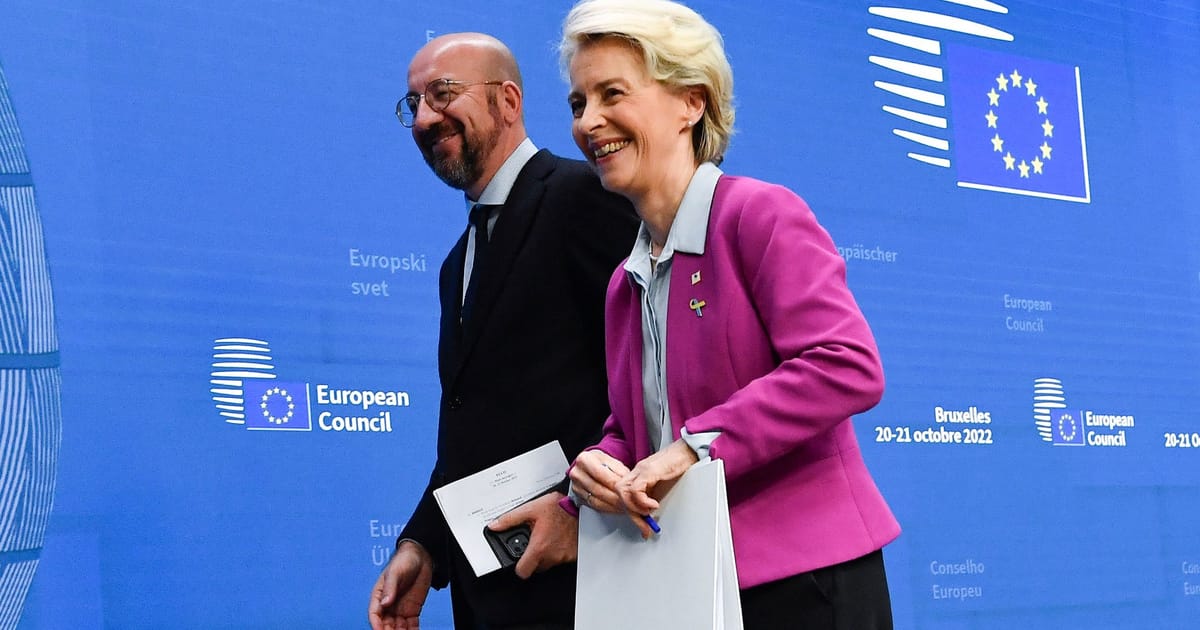 Leaders found a classic EU outcome on Thursday: some advances, some concessions and promises of much more talking.

A concession from Germany allowed EU leaders meeting in Brussels Thursday to make tentative progress on measures to tackle the energy crisis, as countries gave the European Commission the green light to work on proposals for a temporary price cap.

Berlin, which had been one of the strongest opponents of a price cap, finally bowed to pressure deep into leaders’ talks and gave its backing to briefly control gas costs until a new pricing system is devised.

Still, much of the detail has yet to be worked out.

Leaders kicked further conversations to an energy ministers’ meeting next week. And German Chancellor Olaf Scholz even said an emergency EU leaders’ summit may be needed next month — effectively giving Germany and others a veto on the final proposal if needed.

“A list of measures that is going to be worked on further,” European Council President Charles Michel agreed, standing next to her.

The other main proposal to cap gas prices — a scheme to limit the price of gas used to produce power, dubbed the Iberian mechanism — will also move forward. But that, too, will come with numerous conditions, including a pledge to include a “cost and benefit analysis.” EU countries also backed a voluntary plan to jointly purchase gas — after Hungary opposed a mandatory approach.

The result was a classic EU outcome. Everyone gets a little, no one gets everything, more talking is inevitable and many will grumble at the interminable process. But, leaders insisted, it’s all about unity.

“Today was a good exercise in listening to each other and trusting each other,” said Belgian Prime Minister Alexander De Croo. “The human element, the trust, is more important than Council conclusions.” 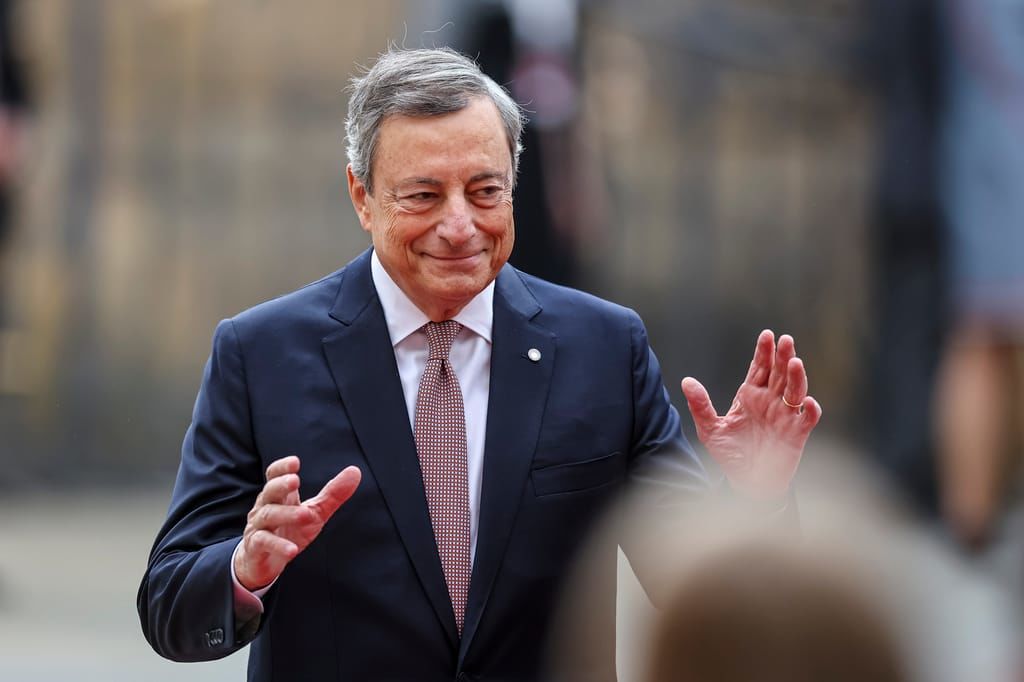 His intervention fed into a late addition to the final communique that called for “common European level solutions, where appropriate” — widely seen as a nod to possible European-wide programs to help shoulder the financial burden of the energy crisis.

The extra language, inserted well past midnight, was seen as a concession by fiscally prudent member states like Germany and the Netherlands. Yet it was deliberately vague, allowing all countries some wriggle room.

Still, Scholz said the EU would examine “what is possible” and didn’t rule out the bloc taking on new debt to fund a financial instrument similar to the EU’s COVID-era SURE program, which offered countries loans to bolster financial aid efforts.

“We have given a decision here, which gives a mandate to investigate what is possible,” the German chancellor said. “The focus is, of course, on the pots that we already have.”

And, he added: “The debate will continue.”

Dutch Prime Minister Mark Rutte vowed on his way out that additional funds would not be needed. There's already enough in the EU coffers, he insisted.

Eurozone finance ministers will take up the issue again at their next meeting.

Persistent divisions over energy plans were not the only notes of discord throughout the day. Tensions between Paris and Berlin were palpable.

Scholz and French President Emmanuel Macron have been clashing publicly for several weeks on issues such as the proposed construction of the MidCat pipeline linking the Iberian Peninsula to northern Europe.

Then this week, the long-simmering tensions boiled over when the leaders decided to postpone a long-planned Franco-German meeting next week in Fontainebleau. Formally, the reason was scheduling issues, but officials confirmed disagreements over defense and energy had prompted the move. 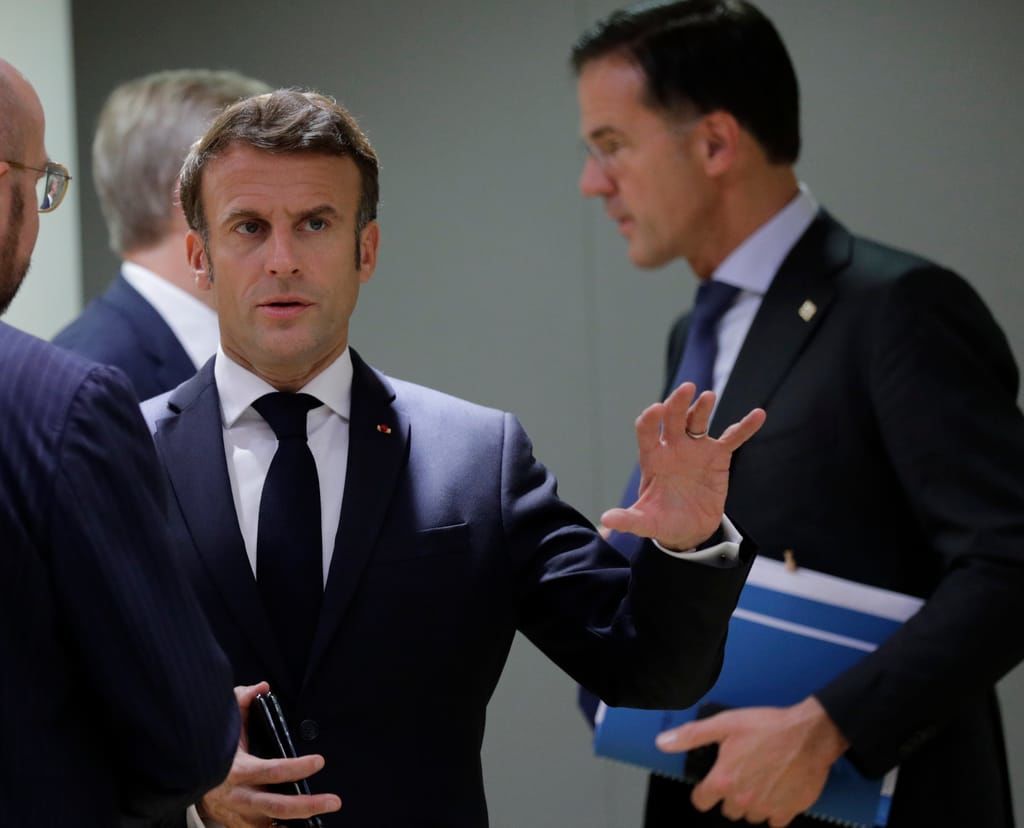 Upon arriving at the summit, Macron warned Germany against holding out against “a very large unity” on introducing a gas price cap.

“It’s not good for Europe and for Germany that it isolates itself,” Macron said. “It’s important that the proposals that are supported by a large consensus get a unanimous backing,”

On the margins of the summit, Scholz and Macron held a 30-minute meeting and agreed to meet again next week in Paris.

But one source of friction appeared to have lifted. The leaders of France, Spain and Portugal revealed at the summit a deal to build an undersea “green energy corridor” to transport green hydrogen from Barcelona to Marseille. This new pipeline would replace the MidCat pipeline proposal, which France had opposed on the grounds that it would perpetuate EU dependence on gas.

Still, a French diplomat admitted the new plan was still in its early stages, and that a feasibility study had yet to be carried out. This might lead to frustrations down the line for Germans who have been arguing that the MidCat pipeline could be built in less than a year and help solve medium-term energy issues.

“It is a great step forward that there will now be a pipeline from the Iberian Peninsula to France,” Scholz said after the meeting, replying to a question from POLITICO. “I am very happy that this is now finally solved.”

A German spokesperson could not be reached for comment.

In stark terms, he warned of a “large-scale disaster” in southern Ukraine, claiming that Russia is preparing to mine a dam at the Kakhovka hydroelectric power plant in the south of the country.

Leaders will focus on Ukraine and other geopolitical issues including China when they return for a second day of talks on Friday.