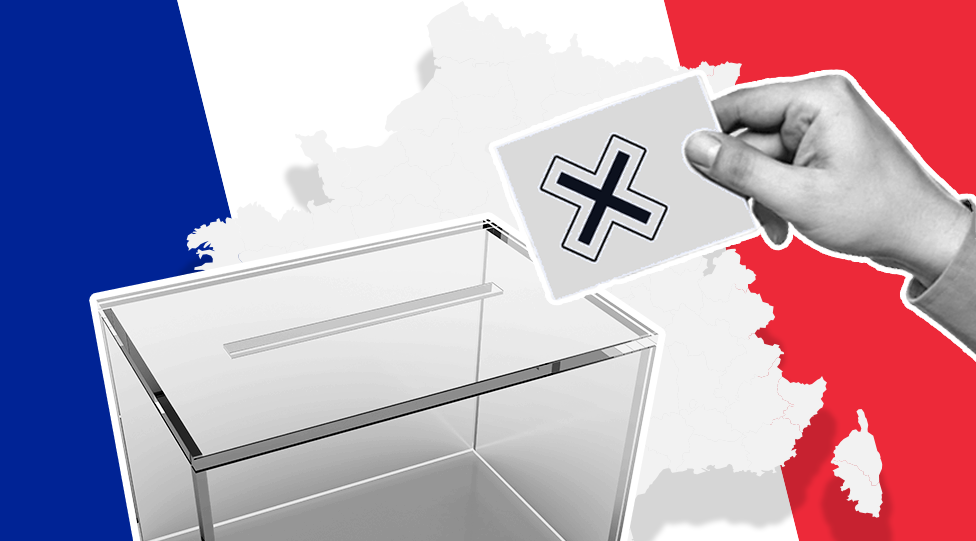 Voters in France go to the polls in April to elect a president for the next five years.

The election is likely to go to two rounds.

Emmanuel Macron, the current president, is aiming to win a second term.

There are 12 candidates, eight men and four women.

Of the six main contenders, three are from right of French politics and two are from the left. 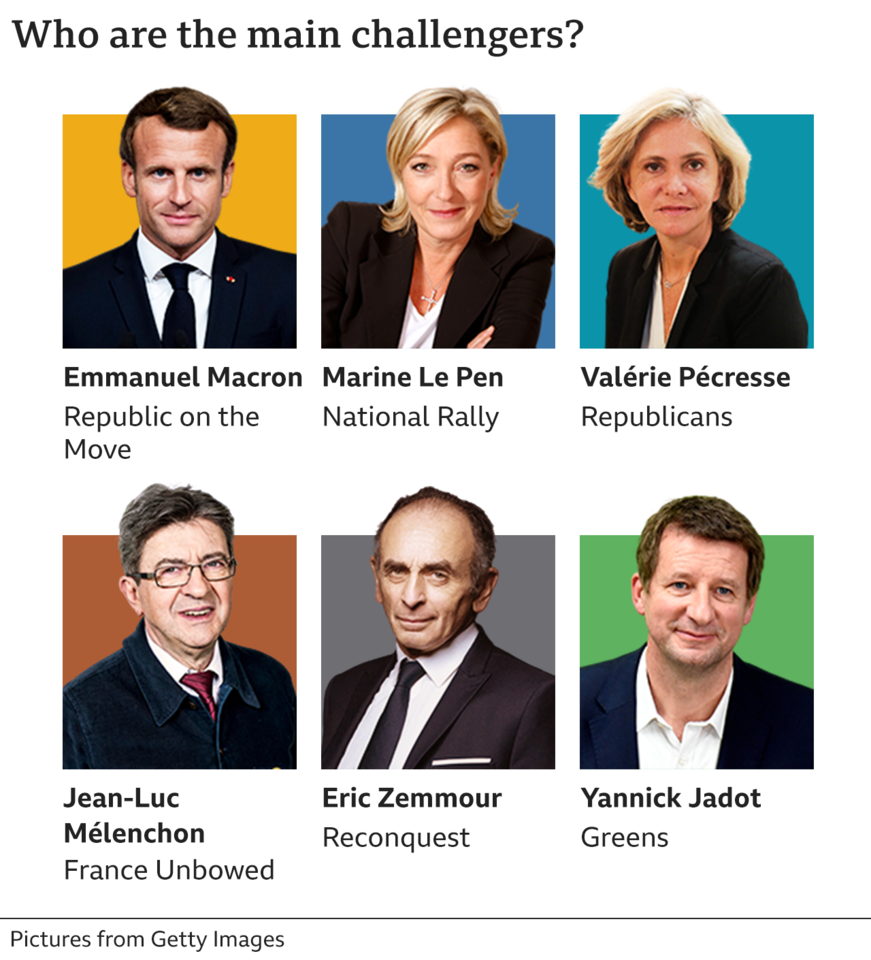 Emmanuel Macron is seen as a centrist. He represents the Republic on the Move party and attracts voters from the right and left.

Marine Le Pen and Eric Zemmour are both from the far right, with Mr Zemmour seen as the most hardline.

Valérie Pécresse is standing for the more moderate, right-wing Republicans.

Jean-Luc Mélenchon is from the far-left party France Unbowed, and Yannick Jadot is standing for the Greens.

After a succession of major setbacks, France's traditional left has all but vanished from contention.

Support for the Socialist Party has collapsed since its candidate François Hollande held the presidency between 2012 and 2017.

Observers say Emmanuel Macron is likely to benefit from divisions on the left, while the right accuse him of copying their policies.

The election campaign has also been overshadowed by the war in Ukraine, and the president has played an important diplomatic role as a statesman.

How does the election system work?

The two rounds of the election will be held 14 days apart. 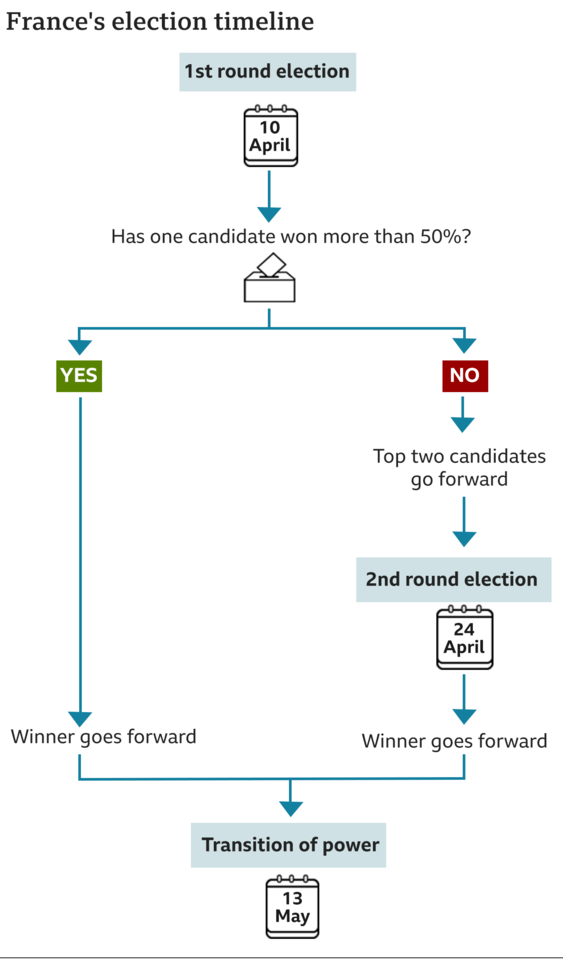 If, as expected, no candidate wins more than 50% of the votes in the first round on 10 April, the two candidates with the most votes will go forward to a second round, to be held on 24 April.

Whoever wins the second round will take office on 13 May.

What do the polls say?

Emmanuel Macron has had a clear and significant lead in the polls for at least six months.

That lead has grown since Russia's invasion of Ukraine.

Marine Le Pen is well ahead of the other candidates, while support for her far-right rival Eric Zemmour, who once said that he "admired" Vladimir Putin, has declined. 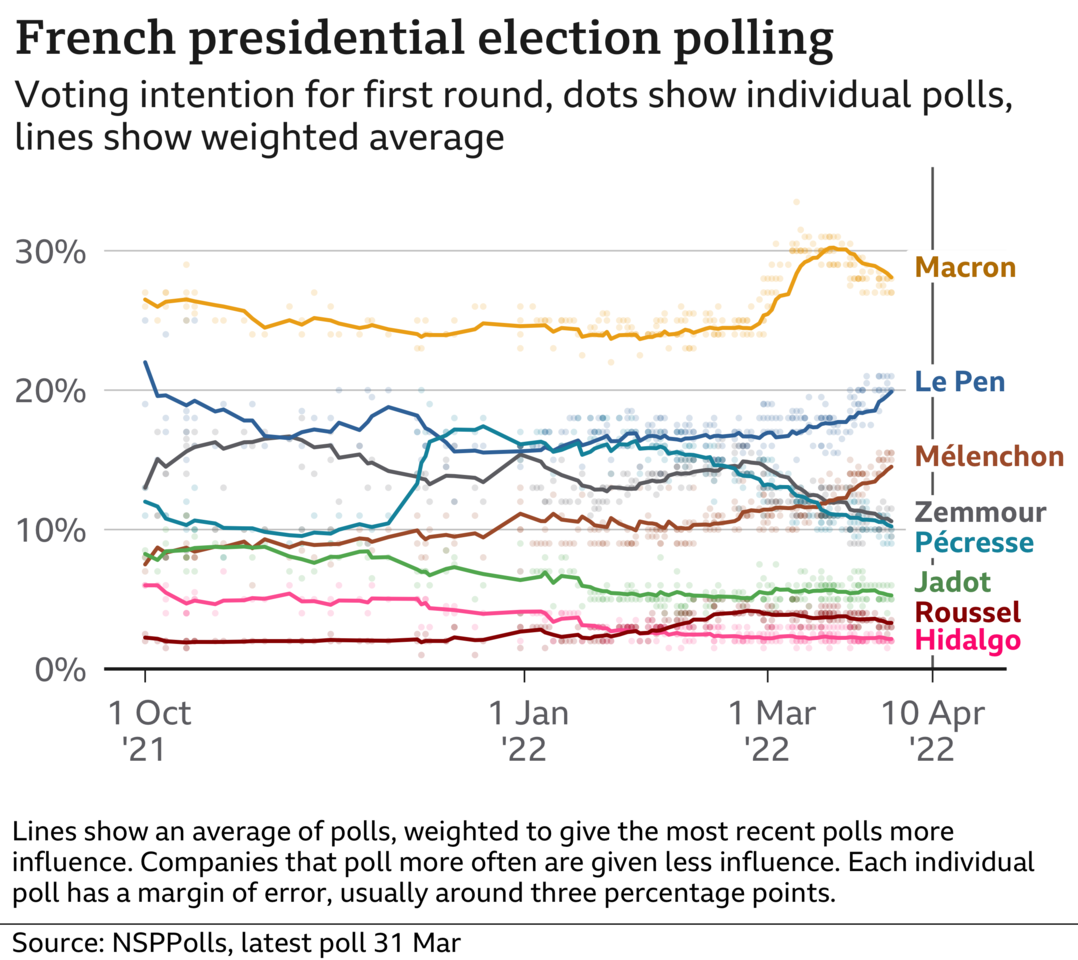 What are the big issues?

Apart from Ukraine, opinion polls suggest the biggest issues of the campaign have been the economy, immigration and security.

In January, France posted its strongest annual economic growth for half a century, bouncing back from the shock of the Covid-19 pandemic. 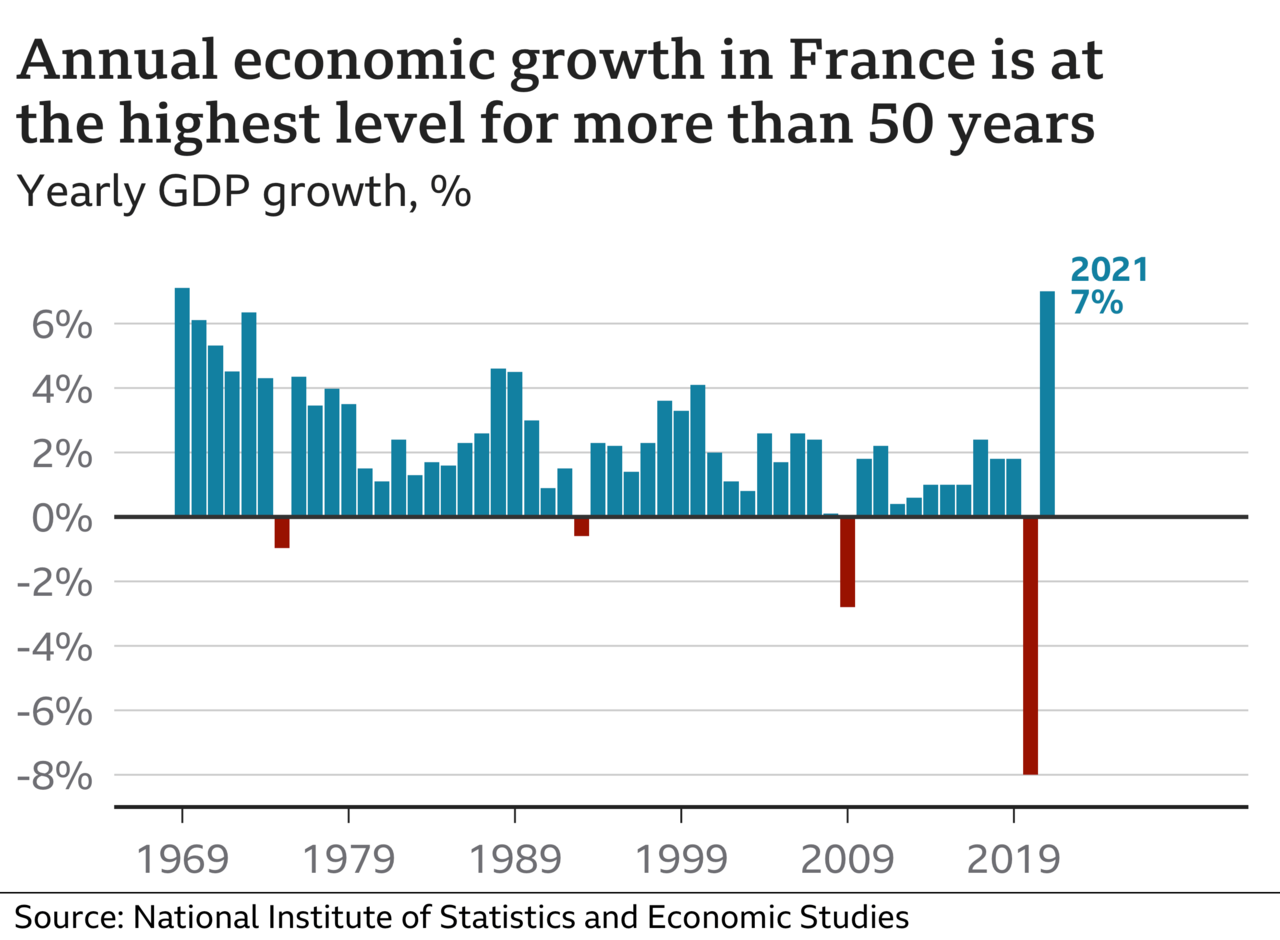 The overall strength of the French economy is likely to favour the Macron campaign.

France has seen unemployment fall to 7.4%, just above the average for the eurozone but close to the target set by the president when he came to power.

On immigration, official statistics suggest that in 2020 there were about 6.8 million immigrants living in France.

About a third were European, from both European Union and non-EU countries.

Overall, Algerians are the largest foreign community, followed by Moroccans and Portuguese. 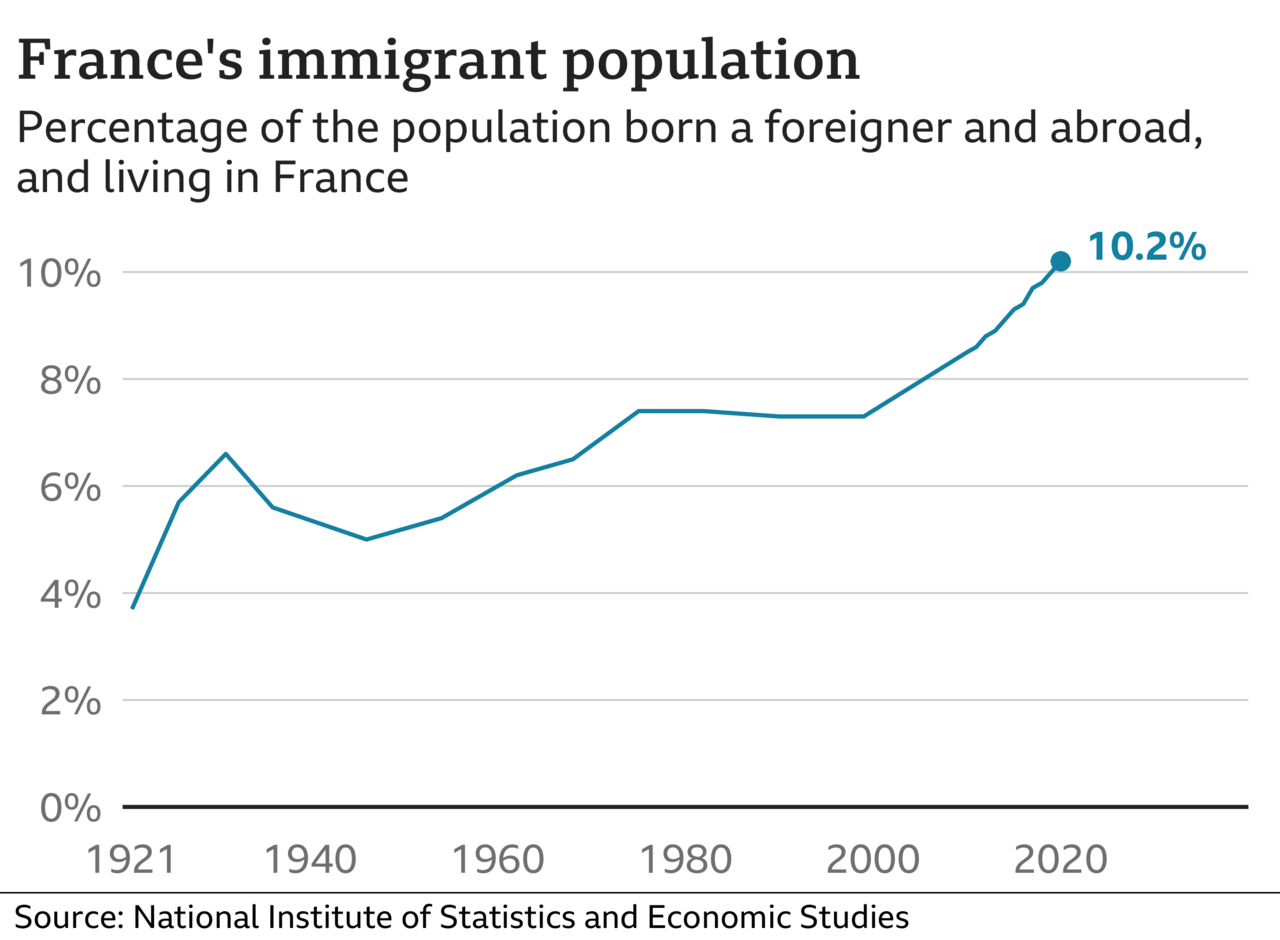 Immigration has featured prominently in the campaigns of the right-wing candidates.

Mr Zemmour has pledged to implement a "zero immigration" policy if he is elected and send back 100,000 immigrants a year to Algeria, Tunisia and Morocco.

Ms Le Pen has condemned his approach but proposed a referendum on major reductions in immigration if she becomes president.

On security, Emanuel Macron has pledged to put thousands more police on the streets, after sharp criticism from Ms Pécresse, Mr Zemmour and Ms le Pen.

Mr Macron says that crime has fallen under his presidency.

France has suffered a string of terror attacks in recent years which have strengthened the importance of security for many French voters.