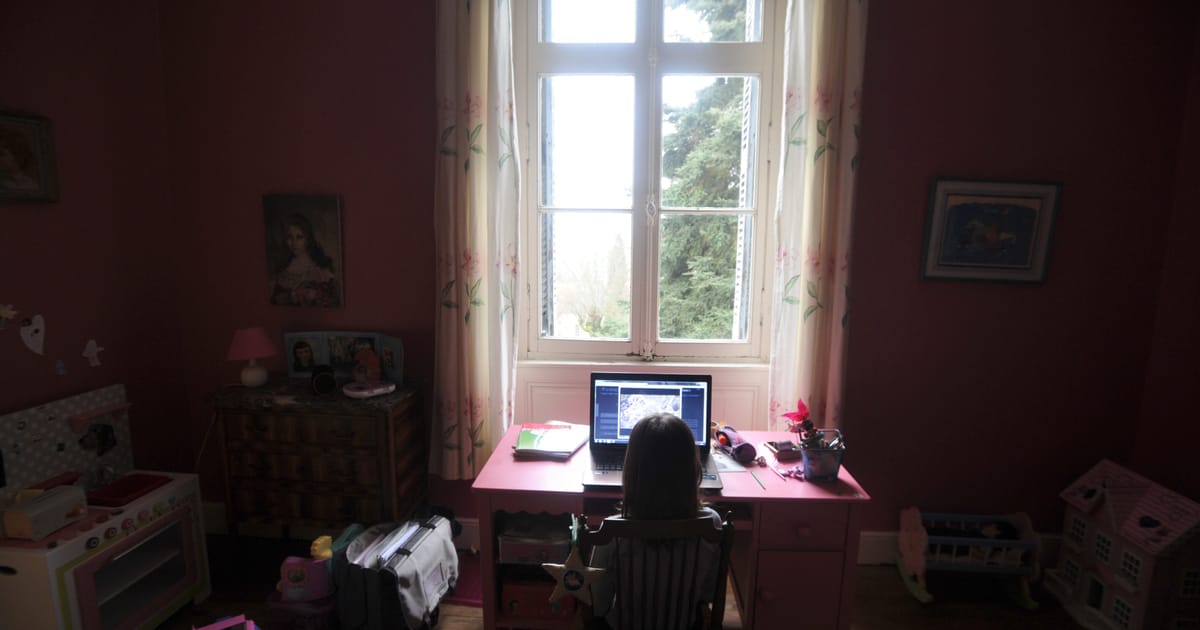 The French president launched the Children Online Protection Laboratory to shield minors from harmful internet content
French President Emmanuel Macron made the protection of children online one of his top priorities during his re-election campaign. He now wants to make France a global influencer on the issue.

The Elysée Palace on Thursday announced the creation of a Children Online Protection Laboratory to improve safety for minors online across the world. The initiative aims to pull in campaigners, researchers and tech giants to figure out best practices on issues ranging from privacy to digital literacy.

Meta Platforms, Google, Microsoft, Amazon, TikTok and French platform Dailymotion agreed to sign a charter, modeled after the Christchurch Call, a non-binding initiative led after the 2019 Christchurch terror attacks by Macron and New Zealand Prime Minister Jacinda Ardern aimed at curbing the spread of terrorist material on the internet.

Child safety online is a hot-button issue in Europe, encompassing key digital angles such as privacy protection, the fight against cyberbullying, the proliferation of child sexual abuse material, age verification on adult websites and social networks, and mental well-being.

France's move comes amid a wider set of actions on child safety in the past few years, as both the French president and First Lady Brigitte Macron have pushed for reforms on the issue.

Age verification online raises other issues, including privacy, and the rules are currently facing challenges in courts, as policymakers have left it to companies to come up with solutions on their own.

Emmanuel Macron has long used the Paris Peace Forum as a launching pad for international initiatives on technology and cyber. Last year, he launched, together with UNICEF, a call for action to defend children’s rights online.

In the first year, participants will work on developing a trusted third-party system to verify the age of Internet users; on AI technology to detect conversations where sexual predators pose as minors ; and the creation of a shared database among platforms to identify and remove non-consensual intimate images shared online.

It's unclear how the Laboratory's projects will interact with the flurry of child-protection rules adopted in France in the past few years, including a law to require smartphone and tablet manufacturers to give parents the option to control their children’s internet access and another to fight against cyberbullying at school.

It's also unclear how it will work with the EU's draft regulation on the fight against child sexual abuse online, that Paris — unlike Berlin — backs in Brussels.

Projects on age verification however could help France get out of the stalemate it's currently in when it comes to adult websites, as policymakers have long said that solutions should come from the industry.

The next legal move will come from France's highest court — the Cour de Cassation —  which has until early January next year to decide whether to ask the Constitutional Council to assess the French age verification rules' compatibility with the Constitution.
Add Comment