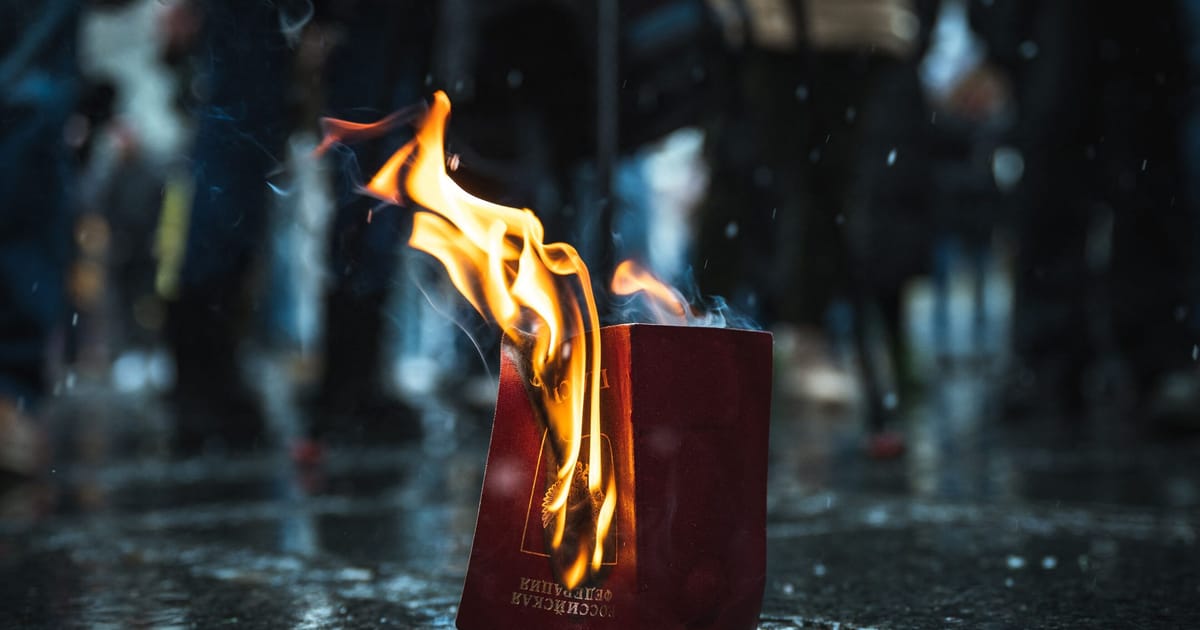 Forced to fight your own people: How Russia is weaponizing passports

Russia’s imposition of citizenship means Ukrainians in occupied territories may be drafted in the war against their own country.

Imagine being Ukrainian and yet possessing only a Russian passport. And then being drafted into a war to fight your native country.

This is a reality currently facing thousands of Ukrainians. And some say it constitutes a war crime.

After Russia invaded Ukraine this past February, European countries welcomed Ukrainians seeking refuge. But when Russia announced its partial mobilization in September, thousands fled the draft. Countries that initially welcomed refugees hesitated or closed their borders to Russian citizens, sparking a debate in the EU about how — and if — countries should grant or withhold asylum for Russians fleeing mobilization.

But refugees from the draft don’t only come from Russia — many are from Russian-occupied territories. In swathes of Ukrainian territory it occupies, Russia has been issuing its own passports for nearly a decade while making it difficult to obtain or renew Ukrainian citizenship.

As the two nations fight a bloody war, Ukrainian citizens now find they may be drafted by Russia, Ukraine or both — yet be unable to prove they are actually citizens of either.

The mass naturalization of citizens in contested territories, known as passportization, is not merely an issue of who gets to fight in which army or cross which border. Turning Ukrainian citizens into Russian ones, willy-nilly and en masse, is a war crime, says Iryna Vereschuk, Ukrainian deputy prime minister and minister for reintegration of temporarily occupied territories.

“The Geneva conventions clearly ban forced passportization of inhabitants of occupied territories,” she told POLITICO. “It needs to be recorded as a war crime.”

Ernes, a car salesman, left Crimea for Georgia to escape Russia’s partial mobilization in September, taking his wife and three children with him (their names have been changed to protect their identities). The family is Crimean Tatar — an indigenous minority ejected from Crimea under the USSR, but who returned to their homeland after the fall of the Iron Curtain in the 1990s. Crimean Tatars largely opposed Russia’s annexation and have been heavily repressed; like many ethnic minorities in Russian territories, the partial mobilization also targeted them disproportionately.

Ernes wasn’t the only one with the idea to flee: The border to Georgia from Russia was swamped. Ernes’ family camped for days by the roadside, and eventually paid a bribe to jump the 16-kilometer queue of waiting vehicles.

But when they finally reached the Georgian side, they met an administrative obstacle. Along with many European countries, the Georgian border service had started denying Russians entry. While Ernes, his wife and the older children had Ukrainian passports, the youngest — 3-year-old Emil — had only a Russian birth certificate. The family could come in, border authorities deemed, but only if they left their youngest child behind.

“They said, ‘leave him there.’ As if he were a suitcase,’” Ernes later told his mother-in-law.

The family, having already spent a large chunk of their savings to get this far, had to turn around and return to Crimea. 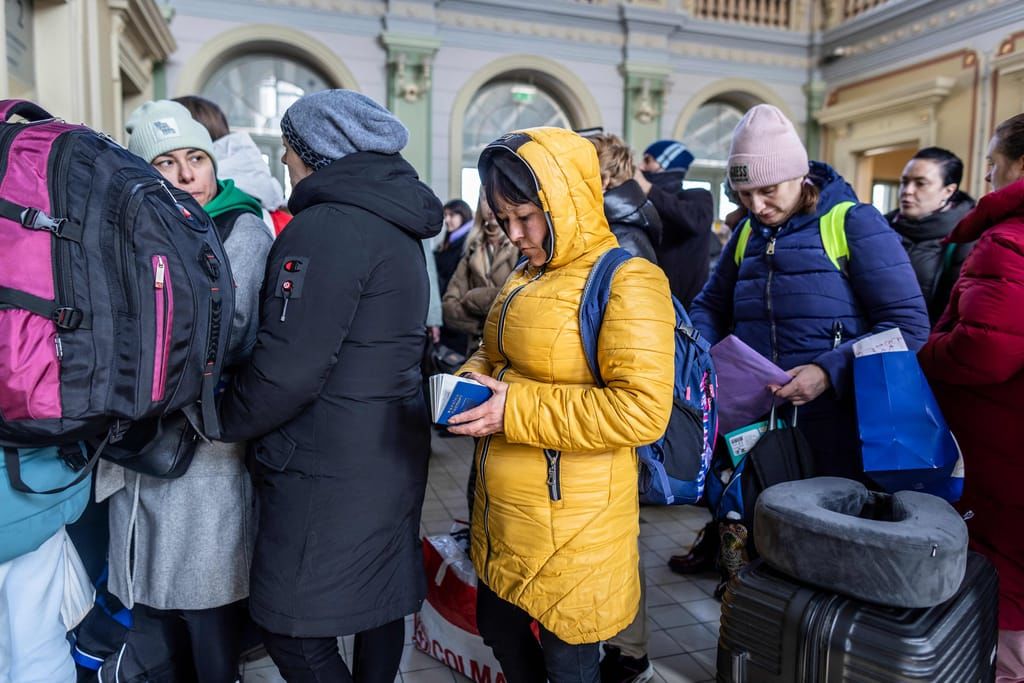 Forced passportization is a deliberate foreign policy practice being weaponized in Russia’s wars on its “near abroad,” say experts.

Initiated in territories in Georgia and Moldova in 2002 following armed conflicts, and then in Ukraine in 2014, Russia’s passportization policy has added several million new citizens to boost Russia’s declining population, while undermining the sovereignty of target countries and providing a spurious justification for Russian invasion and occupation.

After Russia illegally annexed Crimea in 2014, it automatically transformed more than 2 million Crimeans into Russian citizens, providing just six weeks to reject the new passport. Even those who had already left Crimea, like Olha Skripnik — a human rights activist who now heads the Crimean Human Rights Group in Kyiv — found themselves Russian citizens against their will.

In 2016, Russia made it impossible for those without a Russian passport to get medical care, education or the health insurance mandatory for employment in Crimea. In 2020, Russia banned non-Russians from owning property in most of Crimea. When someone attempted to leave Crimea for mainland Ukraine, Russian border guards would demand a Russian passport and sometimes confiscate or damage Ukrainian ones, Skripnik told POLITICO.

In eastern Ukraine, where Russia has controlled two quasi-republics in the Luhansk and Donetsk regions since 2014, Ukrainians were offered fast-track Russian passports from 2019. About half a million Ukrainians from the desperately impoverished, internationally unrecognized republics took the passports, which allowed them to work and study in neighboring Russia.

In the lead up to Russia’s full-scale invasion of Ukraine, the alleged “genocide of Russian citizens” in eastern Ukraine was repeatedly trotted out by the Kremlin as a justification for aggression.

In May 2022, passportization was introduced in newly occupied territories in southern Ukraine including Kherson and Mariupol. Although uptake has reportedly been minimal, Russia has applied pressure such as tying humanitarian aid, or keeping a job in the health or education sectors to having a Russian passport.

Since 2014, Ukrainian citizens in occupied areas have been able to renew or apply for Ukrainian documents if they travel to government-controlled territories. But that entails expensive, unpredictable journeys and long waiting times — Ukrainian birth certificates that are issued based on a Russian birth certificate from Crimea, for example, must be approved by a court.

This means that after eight years, thousands of Ukrainians in occupied territories either have lapsed Ukrainian documents or none at all.

Shortly after the announcement of the partial mobilization, Ukrainian President Volodymyr Zelenskyy called on Ukrainians to exit occupied territories to evade the Russian draft. But these Ukrainians then became stuck in no man’s land — allowed to exit Russia but not to enter the next country — or ran out of funds in countries like Kazakhstan while trying to get new Ukrainian documents.

“We were trying to deal with this problem round the clock,” said Refat Chubarov, head of the Mejlis. 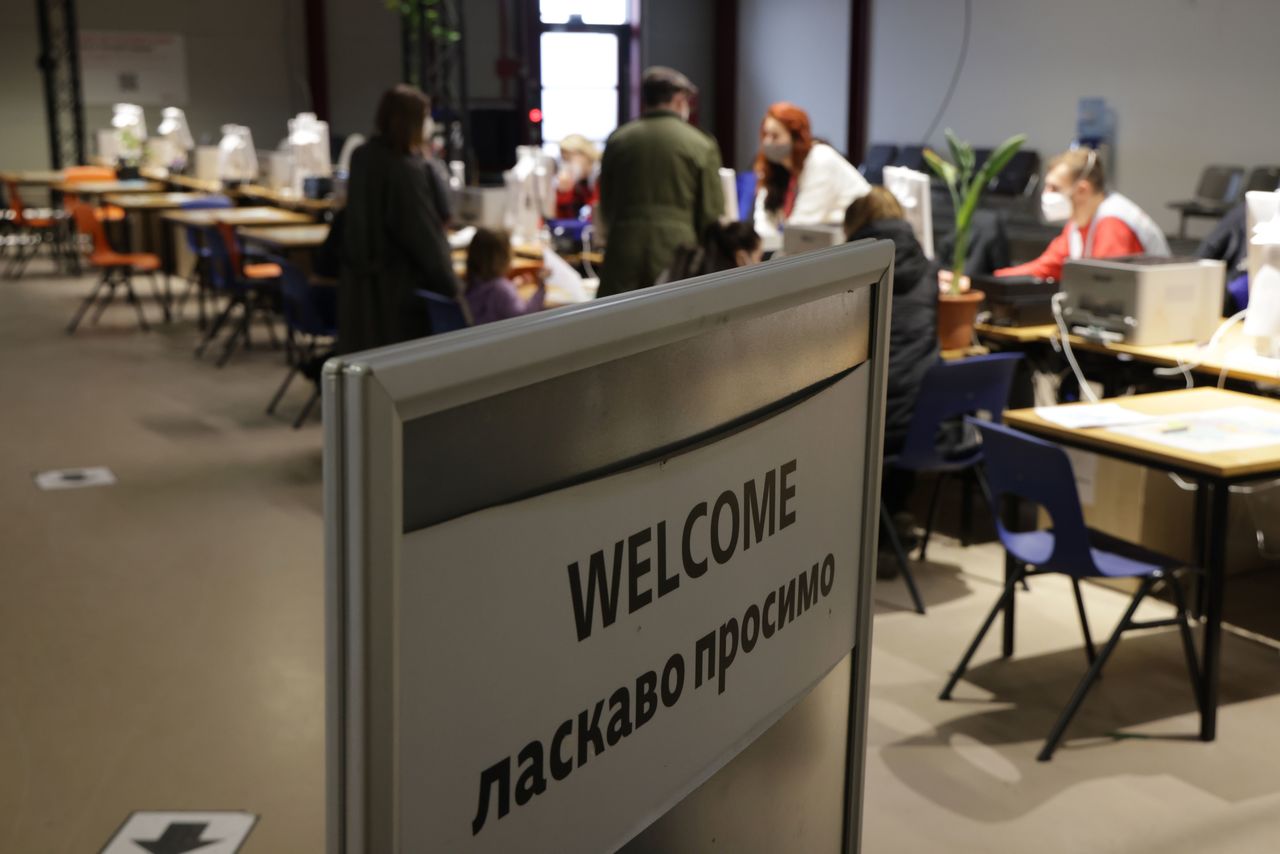 Having a Russian passport from Crimea is hugely problematic in Europe

Ukrainian consulates may issue temporary permission for citizens without current documents to enter Ukraine and apply for new ones. But a birth certificate is not sufficient proof of identity, and young people from Crimea often only have a Russian passport or other documents that Ukraine does not recognize.

“Now that the full-scale war has started, men who tried to leave, especially those aged around 18 to 20, have so many problems,” said Skripnik.

Russia has also deported thousands of Ukrainians from newly occupied territories to Crimea and Russia, often under the guise of saving them from active fighting — and then tied receiving aid and benefits in Russia to having a Russian passport.

It may be close to impossible for such people to prove they are actually Ukrainian.

Having a Russian passport from Crimea is hugely problematic in Europe, says Usein (not his real name), a 31-year-old Crimean Tatar who left Crimea in September to avoid being drafted. He traveled through and exited Russia with a Crimea-issued Russian passport, then managed to enter Europe via Latvia with an out-of-date Ukrainian passport. He said he saw others denied entry based on the reasoning that they were Russian draft-dodgers who had chosen to live in Russian-occupied Crimea.

“It’s the biggest problem, because they just choose who to let in and who not,” he said. “Their argument is: ‘You have a Russian passport and citizenship. What were you doing in Crimea for eight years?’”

Usein headed to Poland, where he said that he was met mostly with sympathy and assistance. But one volunteer helping Ukrainian refugees told him he was a traitor because he had stayed in Crimea and not renewed his Ukrainian passport.

“I explained that I was just given Russian citizenship, and I left because of mobilization,” Usein said. “Crimea is my homeland. Why should I have left before? I didn’t want to leave now. All I want is to live in my homeland.”

Beside difficulties around documents, many refugees — fearing they could be fleeing one army for another — do not want to return to Ukraine during wartime at all.

“They escaped mobilization in Russia and wanted to find a safe place for themselves and their families,” Chubarov said. “If they came to Ukraine, they could be conscripted in the Ukrainian army.”

When Usein applied to the Ukrainian consulate in Warsaw, he was told to return to Ukraine for a new passport.

“They told me directly ‘Go to Kyiv to do it, why did you come here?’,” he said. “But if I go there to get documents, I won’t be able to leave again.”

Martial law bans most men between 18 and 60 from leaving Ukraine.

Usein, unable to find work in Poland, is now in Belgium waiting for the consulate to confirm his Ukrainian identity while staying in a hostel for migrants going through the asylum system.

Ernes, who was turned back at the Georgian border with Russia, had to return to Crimea with his family. Many of those who appealed to the Crimean Tatar agency the Mejlis for assistance have exhausted their options and funds, and have since returned home, said Chubarov.

“Eighty percent who got to Europe and ran into these problems with documents just turned round and went back,” Usein agreed.

With rumors that Russia will announce a general mobilization in early 2023, those who had to turn back may end up in the Russian army after all, fighting their own people. 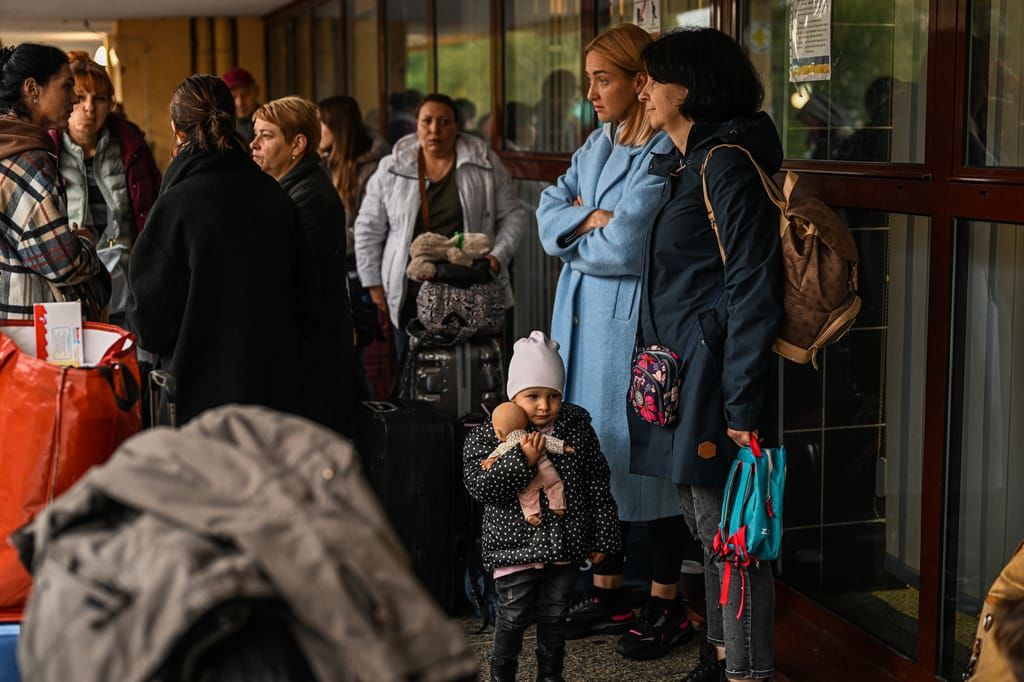 Meanwhile, Ukrainians are calling on Europe to turn Russians away, saying that fleeing the draft is not equivalent to opposing the war.

The EU suspended a simplified visa deal for Russian citizens in September. The Baltic states, Finland and Poland banned Russian tourists in October, calling for an EU-wide ban; while Slovakia and Czechia stopped issuing humanitarian visas to Russians in September.

But Crimeans who were left with no choice but to take Russian passports should be treated differently from Russians, believes Chubarov. “If they’re from Crimea, they’re not a threat,” he said.

Yet defining who is a threat, and punishing collaboration with Russia, remains a thorny topic. “Ukrainian special services need to share information with their European counterparts on who has committed state treason and worked on the side of the Russian Federation,” said Skripnik.

Ukraine’s parliament is considering a draft law on collaboration that criminalizes forcing or enabling someone else to get a Russian passport. But holding a Russian passport in and of itself, Vereschuk said, should not be grounds for prosecution, and those trying to avoid Russia’s mobilization deserve assistance.

“They are hostages, and don’t want to fight, so we don’t see them as criminals but as Ukrainians, who want to return.”

“We want to help these people,” Vereschuk concluded.