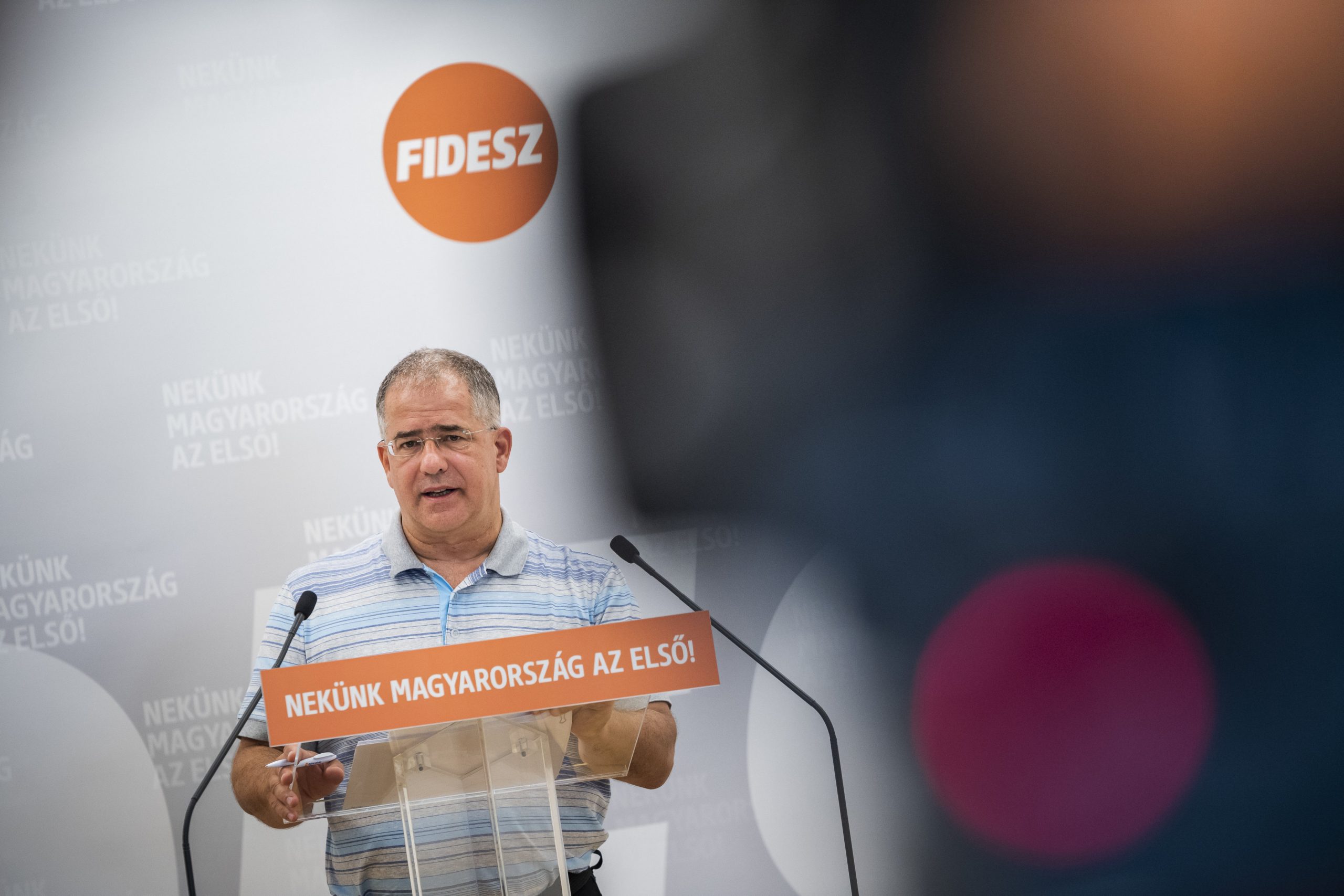 Fidesz Politician Admits Purchase and Use of Pegasus Spyware

After four months, the ruling parties have eventually admitted the purchase and use of Israeli-made spyware Pegasus.

While Fidesz MP Lajos Kósa insisted that it was only used legally, the cyber-surveillance weapon reportedly targeted journalists, government-critical individuals, and even people working for the government. The opposition’s reactions go as far as demanding the Orbán administration’s resignation.

It was on Thursday afternoon that after the meeting of the Parliament’s Committee on Defense and Law Enforcement, the body’s Fidesz chair, Lajos Kósa, admitted to journalists that the Interior Ministry had bought and used Pegasus. He, however, finds nothing objectionable about it, arguing that tech giants carry out more extensive surveillance than the state. He also insisted that the special services in question have always been used lawfully, and the surveillance cases were always authorized by the judiciary and/or the Minister of Justice.

Kósa did not want to verify if the names mentioned as Pegasus targets were in fact under surveillance. According to the Fidesz politician, no one will reveal the names of the targets, as it would “violate their personal rights,” and the Interior Ministry had agreed not to violate anyone’s human rights upon the purchase of the spyware.

Asked by Telex, the Interior Ministry decided not to comment on the Fidesz politician’s comments. However, they emphasized that “Hungary is a democratic state governed by the rule of law, and its national security and law enforcement services have not…engaged in illegal surveillance since May 29, 2010 [when the Orbán administration came to power – Editor], and have acted and will continue to act in accordance with the law at all times in respect of all persons.”

This is certainly an important development since the Orbán-led government has been consistently refusing to reveal any details about the purchase and application of the software that had originally been created to fight terrorism and organized crime.

It broke headlines in July that thanks to broad, international cooperation, in which Hungarian investigative and whistleblower platform Direkt36 also participated, it was discovered that multiple national governments were actively using Pegasus to target political opponents, primarily journalists, politicians, and businessmen.

Ever since, the accusations against the Fidesz government have been very strong, taking into account that software manufacturer NSO only offers its services to national authorities, while Pegasus operations began after Orbán’s national security expert had personally met Israeli PM Benjamin Netanyahu in Israel and Pegasus can only be bought with the Israeli Defense Ministry’s approval.

The Hungarian portal is since publishing the results of their ongoing investigations. According to our current knowledge, these people were among the 300 or so Hungarians potentially targeted by Pegasus:

*  Photojournalist Dániel Németh who has been documenting luxury trips of pro-government businessmen and politicians, such as that of Foreign Minister Szijjártó’s on László Szíjj’s yacht

*  Four journalists: two employees of investigative outlet Direkt36, a former journalist of liberal weekly HVG, as well as a fourth journalist who has chosen to remain anonymous

*  One of Central European University’s international students, Adrien Beauduin, who was arrested in 2018 for taking part in an anti-government protest

*  Zoltán Varga, owner of Central Media Group Plc. (publisher of 24.hu among other outlets), who has allegedly faced multiple attacks from government circles, as well as other businessmen who joined Varga at a dinner meeting in 2018

*  The son of former pro-Fidesz oligarch Lajos Simicska and a close confidante of Simicska. Simicska initiated an open media campaign against the government during the elections of 2018

*  Attila Chikán, an economics professor and former Minister of the Economy in the first Orbán administration, known for becoming critical of the Fidesz leader

*  Former state secretary of Orbán, Attila Aszódi, who got into conflict with the government as the Russians were pushing for the Paks expansion construction’s premature start which Aszódi opposed

*  Former deputy head of the Counter-Terrorism Center (TEK), Zsolt Bodnár, who became a target after he had to leave the elite police force in 2018, following an inner (perhaps also political) conflict.

444.hu also notes that surveillance figures have significantly gone up since 2018. In 2020, nearly twice as many people were under surveillance with a warrant than in 2017. In addition, surveillance numbers authorized by the Justice Minister have also skyrocketed: as of July 19th of this year she had authorized some 928 cases, compared to a total of 1,285 in 2020. This was only 1,038 in 2015 and has been rising steadily since then.

Párbeszéd wants Orbán and his administration to go

As the opposition parties have been trying to gather information for a long time now, Kósa’s recent announcement has naturally led to harsh criticism from their ranks. “In the wake of Hungary’s worst surveillance scandal of the past 30 years,” Párbeszéd, for example, demands the case’s declassification and the revelation of those behind ordering surveillance and to what purpose.

“According to the Israeli manufacturer, the spyware was only designed to monitor terrorists and criminals, but the Hungarian government has used it against civilians, rights activists, journalists, businessmen, media owners, and opposition politicians (…) It is outrageous that this could have happened in Hungary and that those directly involved in the case are still in office (…) Instead of Orbán and his repressive power, we need a government that doesn’t follow the footsteps of the communist secret services, but does its work within a democratic framework of the rule of law,” the leftist-green opposition party also wrote.

In addition, Jobbik’s János Stummer speculates on Kósa’s criminal responsibility after the revelation. Earlier, the Interior Minister had suggested that even questions regarding the topic might raise questions of threatening national security. Stummer, a member of the Parliament’s Committee on National Security (which was dealing with the case up until now), besides confirming Kósa’s claims, suggested in kind that Kósa should be brought to justice after he had published classified information. According to Hungarian law, he could be sentenced for up to three years in prison, Stummer noted.