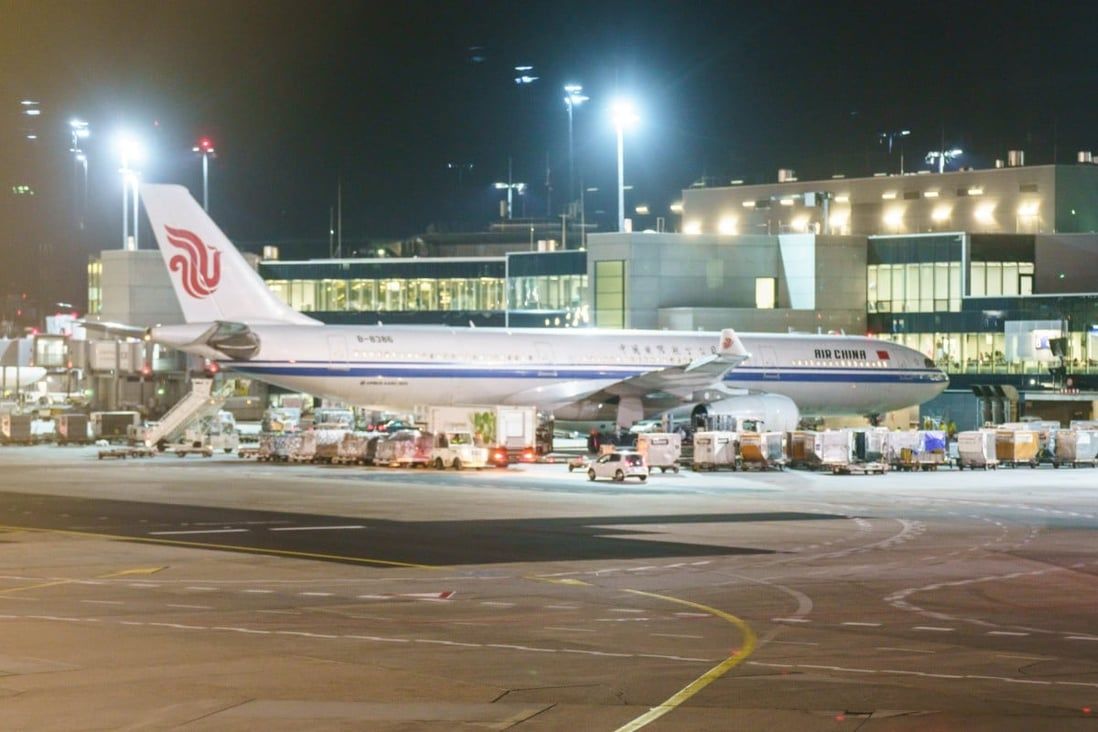 Industry figures and medical experts have criticised new measures imposed by many governments saying they are motivated by politics rather than science.
European countries have been accused of ignoring scientific advice in requiring travellers from China to show a negative Covid-19 test before boarding flights to the continent.

Belgium, Germany and Sweden became the latest European Union members to introduce new measures ahead of the expected increase in tourist numbers when China eases some of its travel restrictions this weekend.

An EU spokesperson said the rules were needed because of a lack of transparency about China’s outbreak from the authorities.

“The commission considers that given the circumstances, which include the scarcity of reliable data on the epidemiological situation in China, we need to take a precautionary approach,” said Tim McPhie, a commission spokesman, on Friday.

Lars Danielsson, Sweden’s ambassador to the EU, whose country holds the bloc’s rotating presidency, said it was important to tell Beijing there was a problem with the data.

“One of the reasons why we need to do this is that they have not been so forthcoming about providing statistics about what the situation actually is in China right now,” he told Politico.

But epidemiologists and industry figures have accused governments of having a political motive for targeting Chinese travellers.

“There is no scientific basis for the introduction of point of entry/point of exit testing for Covid in international travellers and if the newspapers are to be believed that is a view held by senior health officials,” said Paul Hunter, an epidemiologist at the University of East Anglia in Britain.

“We’ve known since well before Covid that point of entry/point of exit screening (whether screening for fever or testing for the virus) is largely ineffective at controlling the international spread of infectious diseases,” he added.

Earlier in the week, the European Centre for Disease Control played down the risk of a ripple effect through the continent, even if it bemoaned the “lack of reliable data” from Beijing.

“Given higher population immunity in the EU … a surge in cases in China is not expected to impact the Covid-19 epidemiological situation in the EU,” the centre wrote in a note on Tuesday.

By contrast, it warned on Thursday that the new Omicron variant XBB. 1.5 currently spreading rapidly in the United States “could have an increasing effect on the number of Covid-19 cases in the EU/EEA, but not within the coming month”.

“We all know that uncertainty prevents companies from planning, programming and selling travel and holidays,” Eric Drésin, secretary general of the European Travel Agents’ and Tour Operators’ Associations, told Politico.

The International Air Transport Association said “governments must base their decisions on ‘science facts’ rather than ‘science politics’”.

“Governments should listen to the advice of experts, including the [World Health Organization], that advise against travel restrictions,” said its director general, Willie Walsh, who also called for China to “remove the need for pre-departure Covid-19 testing for those travelling to China”.

The blowback came after EU states began following a recommendation from Brussels to introduce testing requirements – even if the guidelines were being implemented in a patchwork manner.

Belgium, for instance, only requires a negative test from passengers on the four direct flights per week between Beijing and Brussels. Visitors travelling indirectly from mainland China, Hong Kong or Macau will not be affected.

In Sweden, however, Hong Kong and Macanese travellers will need to provide a negative test before departure. Furthermore, Swedish citizens and long-term EU residents will be exempt from the testing rules, even if they are flying directly from mainland China.

Simon Hoff, a spokesman for the Swedish health ministry, said that its citizens had an “unconditional right to enter the country”, when asked why the standards were not universally applied.

“According to the constitution, there is no right to prevent a citizen from entering the country. EU citizens and third-country nationals who enjoy the same right to free movement as Union citizens should also retain the option of returning to the Union,” Hoff said.

In the Netherlands, health minister Ernst Kuipers urged the national senate to return from recess to pass a law that would allow the country to introduce restrictions on travellers from China.

Germany said it would require passengers from China to take a test before flying and there will also be random tests at German airports.

Poland and Bulgaria, on the other hand, said they had no plans to introduce restrictions.

“There is no mutation in China that would have been a threat to us at the moment. We are constantly monitoring the situation and if a response is needed, it will follow,” said Wojciech Andrusiewicz, a spokesman for Poland’s health ministry, according to Bloomberg.

Spanish experts defended the country’s decision to require vaccination records or a negative PCR test from travellers from China, but said the real challenge would start with an influx of visitors around the Lunar New Year holiday later this month, by which point all EU members should have a coordinated response.

There should be a “global and coordinated manner at the European Union level”, said the president of the Spanish Society of Immunology, Marcos López Hoyos, according to the EFE news agency.
#COVID-19  #Covid
Add Comment