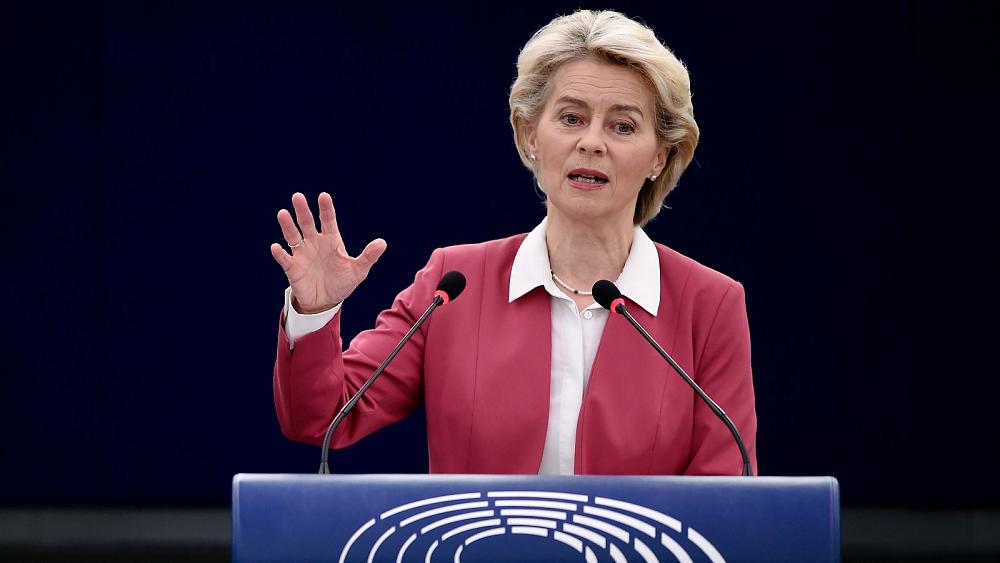 Ursula von der Leyen urged EU countries to ease their dependence on natural gas and emphasised the need for a Green Deal.

The comments come on the eve of an EU summit centring on the recent spike in energy prices.

Speaking in Strasbourg on Wednesday, von der Leyen told the European Parliament that the bloc is "vulnerable" as it imports 90% of its gas -- much of it from Russia.

"Europe today is too reliant on gas and too dependent on gas imports," the Commission President told legislators.

"The answer has to do with diversifying our suppliers ... and, crucially, with speeding up the transition to clean energy."

Von der Leyen has urged the EU to push ahead on transitioning to clean energy from wind and sun, which can be domestically produced and will ultimately be a lot cheaper than imported fossil fuels.

The recent spike in gas prices has hit the EU’s most vulnerable families, and von der Leyen again called on member states to adapt taxes and levies on energy to shield the poorest citizens.

"The transition to clean energy is not only vital for our planet. It is also crucial for our economy and for the resilience to energy price shocks," she said.

The European Commission's Green Deal aims to cut greenhouse gas emissions by 55% by 2030 and make the bloc carbon neutral by 2050.