Europe’s economy is on track to grow faster than previously forecast but the road to recovery still remains unclear given uncertainty surrounding the COVID Omicron variant, rising inflation and supply chain bottlenecks. Real Economy takes a look at the latest projections for Europe's economy for 2022 and beyond.

GDP is expected to reach 5 percent by the end of 2021 in both the EU as a whole, and the eurozone area. That’s slightly above the previous forecast of 4.8 percent.

Moving into 2022, the economy is projected to grow by 4.3 percent. Then a more moderate 2.5 percent for the EU and 2.4 percent for the eurozone - for 2023. Though this growth is uneven across the EU. But all this depends on how the Covid-19 pandemic develops. The surge in cases and the Omicron variant has shaken markets and new government restrictions could impact economic activity, while businesses risk being hit by further shortages and supply chain disruptions.

Italy: riding out the pandemic

The Italian economy has a growth forecast of 6.2 percent but there are fears supply chain issues could be putting its recovery at risk. One firm facing such headwinds is electric bicycle manufacturer Atala. Based in Lombardy in the north of the country, the company has seen a 60 percent increase in orders since the COVID-19 crisis began, but is struggling to meet that demand as lead-times for delivering components have soared.

"We increased production on average by 36 percent in 2020, and in 2021 we should see around 10 or 15 percent growth. It could have been higher in 2021, but the lack of components has reduced the potential for expansion," says Atala CEO, Massimo Panzeri. 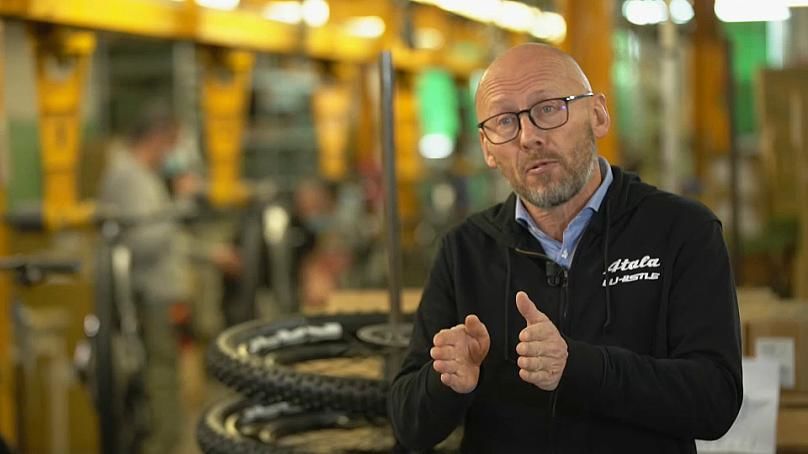 Atala's CEO Massimo Panzeri says a lack of key components is holding his company back from further expansion.

Investing in eco-friendly transport is one of the top priorities of the European recovery plan. Atala hopes to benefit by relocating part of its activities from Turkey.

But as Massimo explains, this won’t solve all of their supply chain problems.

"If we repatriate the welding or painting but we are missing aluminium rods or carbon fibre, materials for battery cells, or steel that is not produced in Europe, then we are only moving the problem. So, in my opinion, we need to think at the political and European level, the change cannot be limited to one part of the supply chain, but has to start at the very beginning - the raw materials."

Like the rest of Europe, the shortages of key materials and goods have raised fears of accelerating inflation in Italy. The country is investing more than any other EU country. A total of 235 billion euros over five years, including 191.5 billion from the EU's recovery fund. Italy received the first 25 billion tranche of that in August.

But it's not just goods and material shortages. Another problem facing many businesses right now is attracting and retaining skilled workers. Turin-based firm Argotec produces microsatellites for the space industry. One of its products, LICIACube, is currently being used in NASA's asteroid deflection project DART.

David Avino, CEO of microsatellite producer Argotec says Italy's economy is enjoying a renaissance. The company is aiming to double its workforce. 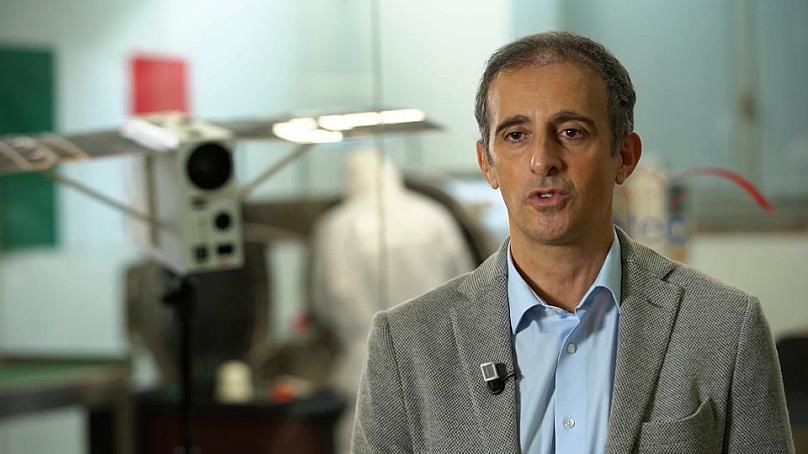 David Avino, CEO of microsatellite producer Argotec, says Italy's economy is enjoying a renaissance. The company is aiming to double its workforce.

To meet booming demand, the company intends to double its workforce, but says more needs to be done to retain young talent.

"The economy, particularly the Italian economy, as we can see from the statistics, the analysis and projections, is undergoing a kind of renaissance. The important thing, in this case, is to think about the future, and thinking about the future means investing. What we want to do with the government is to have the capacity to bring back the young people who, for certain reasons, leave the country to do research and development abroad,”  Argotec's CEO David Avino tells us.

Creating a more attractive business environment is one of the priorities of the European recovery plan, along with green mobility, clean energy and digitalisation.

The spectre of inflation

The rapid reopening of the economy has led to supply chain bottlenecks. This and soaring energy prices increases have pushed up inflation. In the euro zone at the end of 2020 it was at -0.3 percent. That rose to 2.8 percent in the third quarter of 2021.


2022 is set to see a further increases. To get a global perspective on Europe's economic outlook, Real Economy's Naomi Lloyd spoke to the OECD's Chief Economist, Laurence Boone.

"We've seen a huge surge in the number of coronavirus cases. What does that mean for Europe's recovery?"

"The European recovery is well underway, but it's obviously adding uncertainty to this outlook."

"How does that compare with the picture that you at the OECD see globally?" 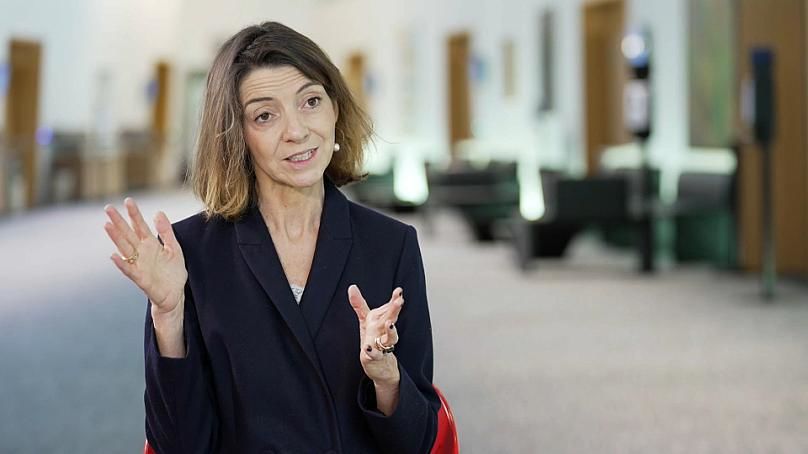 "The European economies are doing quite well when compared with all countries. It's been very interesting to watch how different countries have protected their people in Europe. What governments have been doing is to pay firms to keep people in jobs. So when you reopen the economy, you immediately start working again. In the US, it's quite different. Governments have been sending cheques to households, so they cash in the money but they don't have a job any longer. So what we're observing now is employment is nearly recovered in Europe and it's still lagging behind in the US."

"How concerned are you about the new variant and the implications of that for the economy?"

"I think you can look at it two ways. Either this would slightly delay the recovery and it would increase tension on the supply chain or it's a more difficult variant and that could really create a downturn in the recovery and surprisingly enough a fall in prices, if that was to happen."

"How concerned are you about this current spike in inflation?"

"If we are to solve the health situation by the summer and things become normal, then we're quite confident that the supply tensions will start fading and inflation will gradually diminish. If we don't manage to get the health situation in check and tensions continue well into 22, 23, then we will be more concerned about this inflation pressure lasting longer."

"Do we have reason for Christmas cheer?"

"Of course we have reason for Christmas cheer. First, we have, you know, when you think about it, a year ago, we were just told that a vaccine had been found in like nine months. Usually, it takes 10 years to find a vaccine. This crisis has managed to protect as much as possible, people and firms, and there's never been as much awareness of the climate issue. So I think we're on a good track."