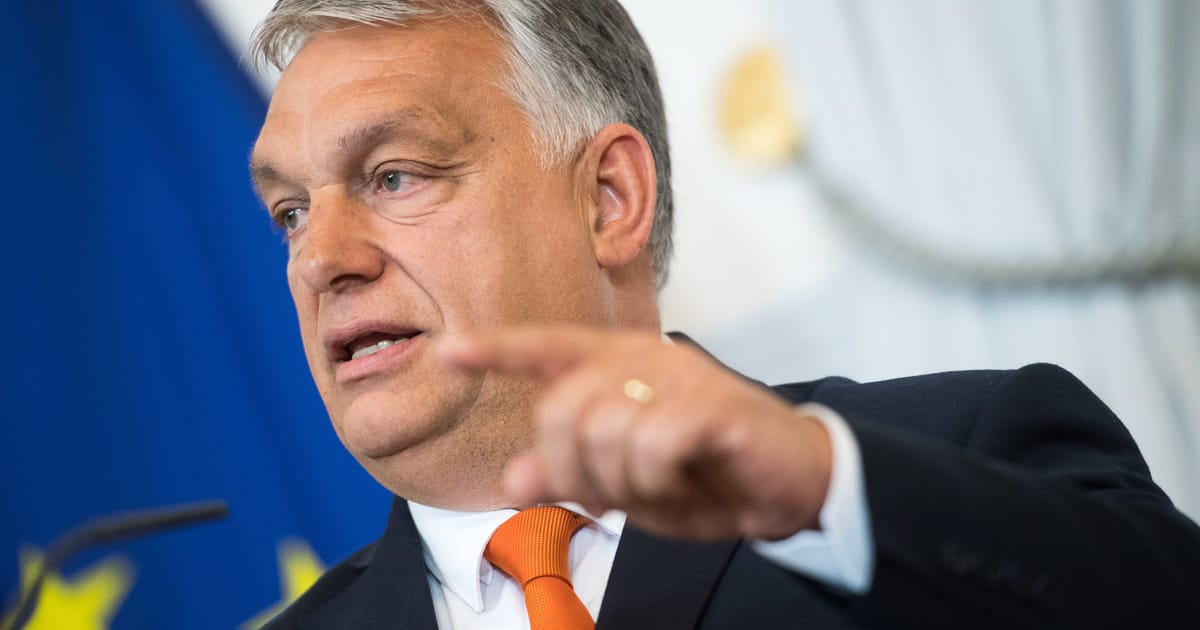 Brussels has taken unprecedented steps to withhold billions in funding over rule-of-law concerns. But EU capitals and officials are keen to find a way out.

The EU is edging Hungary to the brink in a battle over democratic norms — and then offering it a parachute.

The European Commission over the weekend took its most meaningful step yet in an attempt to bring Hungary back in line with the bloc’s rule-of-law standards, proposing a €7.5 billion cut from the country’s EU funds.

Yet the eye-popping figure belied an underlying message: We want to find a way out.

While the Commission did recommend a slash in funds, it simultaneously lauded Hungary for offering reforms — and indicated it could get the money if it followed through. Budapest was also given a two-month window to implement its changes, leaving civil society groups howling that Brussels should know by now not to trust Prime Minister Viktor Orbán. Back in Budapest, one pro-Orbán media outlet crowed: “Our homeland won a battle.”

“We are moving in the right direction,” Hungarian Justice Minister Judit Varga wrote on Facebook on Sunday. “We are working to ensure that the Hungarian people could get the money they deserve!”

The approach reflects a European reality: There is little appetite right now in many EU capitals for a serious confrontation with one of the bloc’s own member states, with Russia’s war roiling Ukraine and a simmering cost-of-living crisis. And it’s ultimately these countries that must approve a funding cut.

“It’s clear the war is the backdrop to everything we do at this time,” said one western European diplomat, noting that this “can push member states to be more conciliatory.”

At the same time, Hungary’s own economic problems have prompted it to launch a charm offensive across Europe. Varga has spent the past few days meeting with senior officials in Paris, Madrid and Lisbon to convey Budapest’s commitment to the reforms.

The ultimate outcome will reverberate beyond Hungary. Other potential rule-of-law violators, like Poland and Bulgaria, will be watching to see how forcefully the EU pushes Hungary to reform. And, conversely, good government groups are anxiously waiting to see if Brussels can deliver on its own pledge not to let autocratic behavior infiltrate EU borders.

Under Orbán, Hungary’s democracy has become a growing headache for the EU, with frustrations over everything from how public contracts get awarded to a creeping politicization of the judiciary to government influence over a significant portion of the media market.

The bloc’s treaties, officials fretted, were not designed for a scenario where a member state begins adopting authoritarian traits.

In response, EU countries designed a new mechanism that ties EU funds to rule-of-law standards. Earlier this year, the Commission triggered that mechanism against Hungary, saying it was worried about corruption and how EU money was being spent.

After months of negotiations, the Commission took a dramatic step on Sunday, suggesting that EU countries strip Hungary of billions in funds.

Yet in a 52-page document published Sunday, the Commission also pointed to 17 initiatives that Hungary has proposed to address Brussels’ concerns. These include the creation of a new “Integrity Authority” to combat corruption, as well as a pledge to limit the share of single-bid contracts and strengthen cooperation with the bloc’s anti-fraud agency. 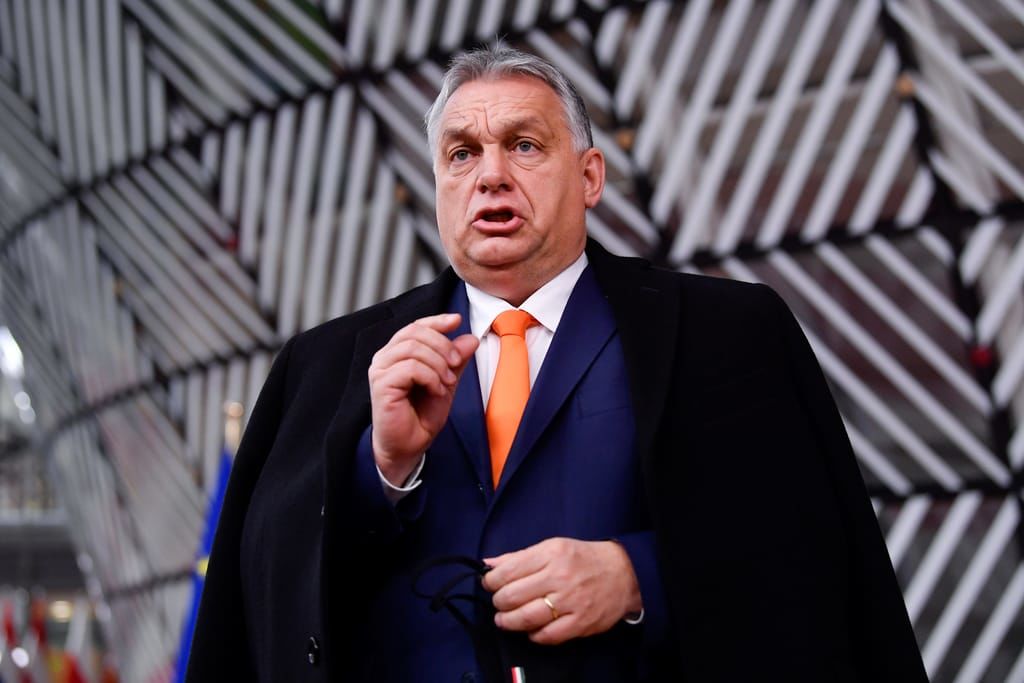 Under Viktor Orbán’s premiership, Hungary’s democracy has become a growing headache for the EU

The Commission has pledged to monitor Budapest’s progress on these promised reforms over the fall months and relay its findings to the Council of the EU, which represents EU countries and will ultimately decide what happens.

The possible compromise has raised concerns among scores of civil society groups, legal experts and European Parliament members, who are all questioning the Hungarian government’s credibility. And they’re suspicious about whether the proposals — some of which have yet to be published in detail — will really curb corruption.

Adding to the frustration is the fact that some concerns regarding judicial independence appear to have been left out of the reform negotiations. And given that the EU’s mechanism is legally only designed to address rule-of-law deficiencies that threaten the bloc’s financial interest, issues such as media freedom remain untouched.

“The Commission has come a long way with using its toolbox to protect the EU budget, but it should go further by demanding measures to protect judicial independence in Hungary,” said Márta Pardavi, co-chair of the Hungarian Helsinki Committee, a human rights watchdog group.

For some capitals, the priority at the moment is keeping the bloc together — despite internal problems.

While Hungary “has not done anything to help create unity in the face of war,” the western European diplomat said, “no one wants to unnecessarily exacerbate internal tensions.”

But, the diplomat added, “that does not give Orbán a blank check to get away with reforms that only scratch the surface of the corruption problem in Hungary.”

Another EU diplomat said the fact that Hungary is even offering reforms proves the effectiveness of the process.

“The objective of the regulation is not to sanction for the sake of sanctioning,” this person said.

Hungary’s behavior “shows how powerful this mechanism is,” the diplomat said, adding that the Council’s legal deadline to make a decision serves as a “Damocles sword” to pressure the Hungarian side.

A senior diplomat from an eastern EU country was similarly in a wait-and-see mode.

“Concrete and convincing practical steps are needed by HU,” the diplomat said in a text message. “It is good that they have a chance to fix it. But should be credible.”

If Hungary visibly fails to deliver on its planned reforms, the Council could vote in December to suspend some of the country’s EU budget funds. The cut would need the support of a so-called qualified majority, representing 55 percent of EU countries and 65 percent of the population.

Another pressure point is the billions in pandemic recovery funds earmarked for Hungary that have also been held up over similar corruption concerns. A failure to implement the promised reforms would most likely also mean no approval for the recovery money.

For now, even some of the Orbán government’s most vocal critics appear willing to give Budapest an opportunity to avoid penalties, as long as it sticks to its end of the deal.

“We take note of the recent change in rhetoric on the Hungarian side,” said Luxembourg’s Minister for Foreign Affairs Jean Asselborn, “and hope that this will be followed up by concrete and verifiable actions to fully resolve all outstanding issues.”

“Sadly, the intransparent negotiations between the Commission and the Hungarian government do not seem to offer a way out of Hungary’s rule of law crisis,” she said in a text message on Sunday, pointing to other issues like Budapest’s ongoing refusal to join an EU body tasked with investigating fraud and corruption.

“The European Commission should re-direct funds to people who need it the most: struggling local governments and civil society,” she added.

The Commission suggested that if Hungary shows promise with its reforms this fall, full implementation could be monitored down the line via “milestones” written into the country’s pandemic recovery plan and linked to the disbursement of those funds.

Hungarian officials insist the reforms will be implemented.

Budapest is taking the process “seriously,” said one senior Hungarian official, who spoke on condition of anonymity.

Asked if oligarchs linked to the ruling Fidesz party had signaled any discomfort with the plans, the official said “there was no opposition.”

“Everybody,” the official said, “understands the situation.”