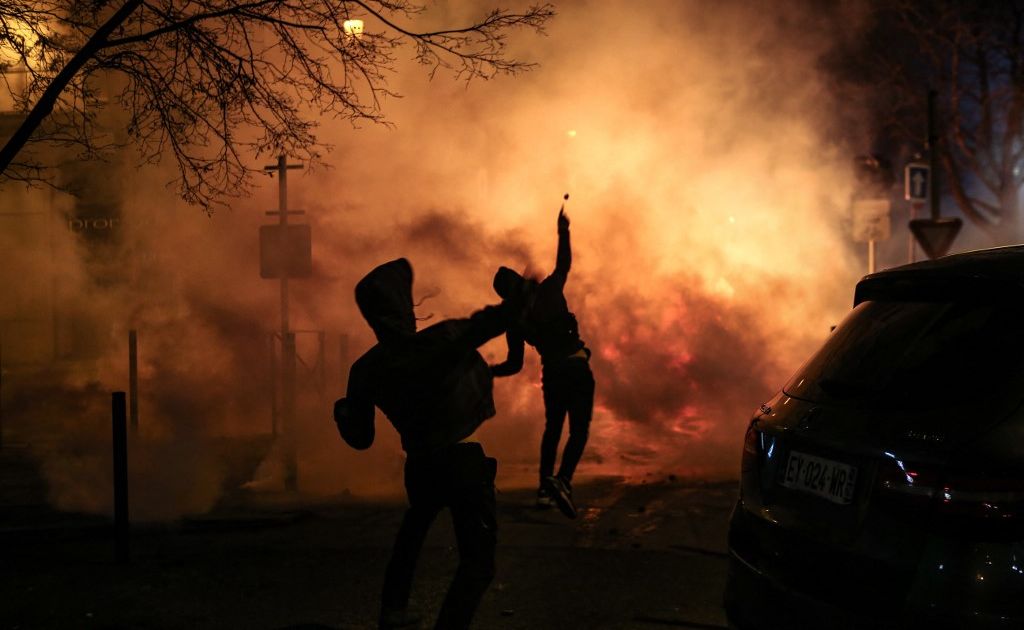 Dozens injured on France’s Corsica in riots over Yvan Colonna

The government calls for calm after clashes over jailed nationalist leave dozens of protesters and police injured.

The French government has called for calm after fierce clashes left dozens of demonstrators and police injured on the island of Corsica, where anger over the assault in prison of a nationalist figure has reached boiling point.

Yvan Colonna, who is serving a life sentence for the assassination in 1998 of Corsica’s top regional official, Claude Erignac, has been in a coma since being beaten on March 2 in jail by a fellow prisoner.

The incident has stoked anger on the island, where some still see Colonna – who was arrested only in 2003 after a five-year manhunt that eventually found him living as a shepherd in the Corsican mountains – as a hero in a fight for independence. 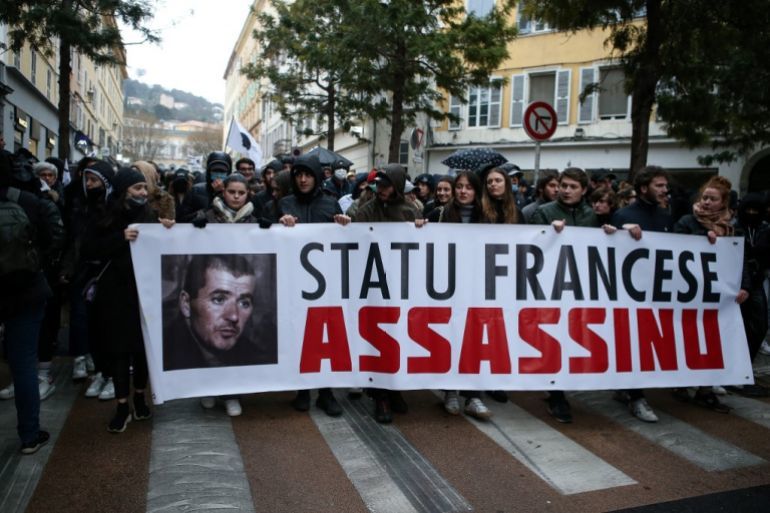 Demonstrations and riots have been ongoing since the prison attack, which protesters blame on the French government.

“French government murderers”, read placards at Sunday’s demonstrations, which brought an estimated 7,000 to 10,000 people into the streets.

Colonna was jailed in the south of France. The authorities have long rejected his demand to be transferred to Corsica, saying his offence made him a special status prisoner.

In a bid to ease tensions, Prime Minister Jean Castex last week removed this status. He also said he would allow the transfer of two other convicted members of the hit team that killed Erignac to Corsica, but the move failed to placate their supporters.

Up to 300 masked young demonstrators used Molotov cocktails and rocks against police, who in turn deployed tear gas and water cannon in the clashes that broke out in the afternoon and lasted late into the evening.

Prosecutor Arnaud Viornery told the AFP news agency that police had told the local population to remain indoors in the town of Bastia, where protesters set the tax office on fire with firebombs.

Corsica, one of the Mediterranean’s largest islands, has been French since the 18th century.

It is known as the “Island of Beauty” because of its unspoiled coastlines, spectacular beaches and mild climate, which have made it popular with tourists, the island’s main source of income.

But there have also been constant tensions between independence-seeking nationalists and the central government, involving assassinations of officials sent by Paris, as well as frequent murders between the island’s rival political factions.

“There is an expression of anger and indignation,” Gilles Simeoni, Colonna’s former lawyer and a pro-independence politician, said on Sunday.

“The entire Corsican people has been mobilised to protest against injustice and in favour of truth and a real political solution,” he said. 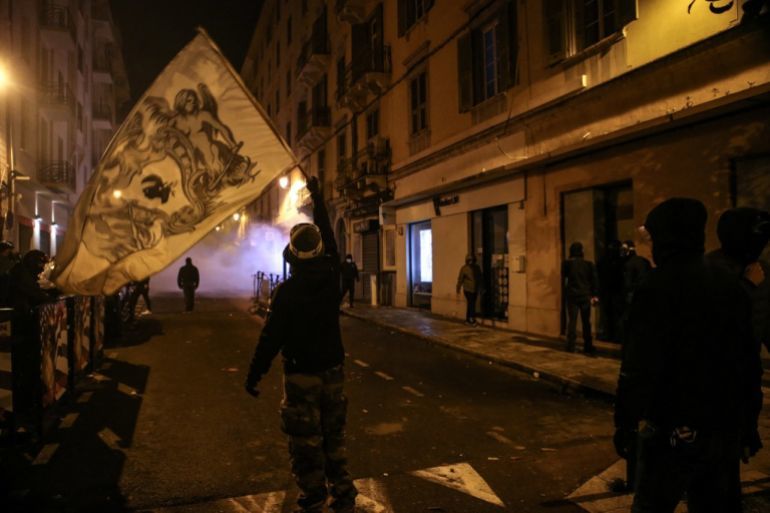 One demonstrator at Sunday’s protest, Antoine Negretti, said: “Any violence will be the fault of the French government.”

Seven years of negotiations had yielded no result, the 29-year-old said.

“But things have changed thanks to seven days of violence. Violence is necessary,” he said.

French interior minister Gerald Darmanin said he will travel to Corsica on Wednesday for two days, seeking to “open a cycle of discussions” with all political forces on the island.

He condemned the recent violence and called for “an immediate return to calm”.