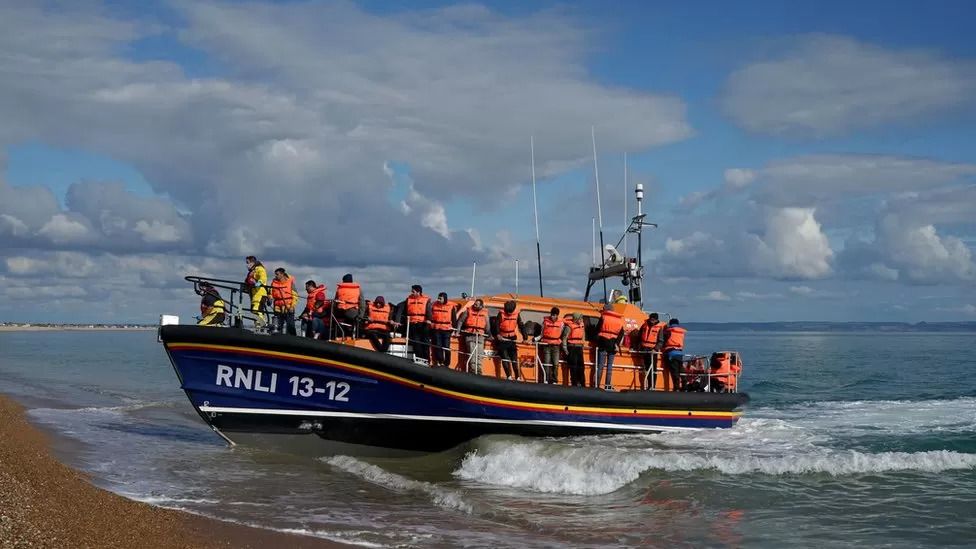 The UK should stop discriminating against Albanians to excuse "policy failures", the country's PM has said.

Albanians now make up the biggest group of those crossing the Channel in small boats, following a big increase in arrivals in the past two years.

Home Secretary Suella Braverman has said many of them were "abusing our modern slavery laws".

UK ministers have said they want to "fast-track" Albanian arrivals so their asylum claims are assessed more quickly.

Last week, MPs were told 12,000 Albanians had arrived in the UK after crossing the Channel so far this year, compared to 50 in 2020.

Of these 10,000 were men - representing 1% of Albania's adult male population.

In a tweet Mr Rama said: "Targeting Albanians (as some shamefully did when fighting for Brexit) as the cause of Britain's crime and border problems makes for easy rhetoric but ignores hard fact.

"Repeating the same things and expecting different results is insane."

He said Albanians in the UK "work hard and pay tax", adding: "[The] UK should fight the crime gangs of all nationalities and stop discriminating [against] Albanians to excuse policy failures."

Mr Rama said he was "ready to work closer" with the UK, but "facts" and "mutual respect" were crucial.

"But it's also true that Albania is a demonstrably safe country, and the vast majority of people coming from Albania are young males," he told ITV.

"It is a good example of economic migrants, of the kind that we as a country should be trying our best to deter," he added. 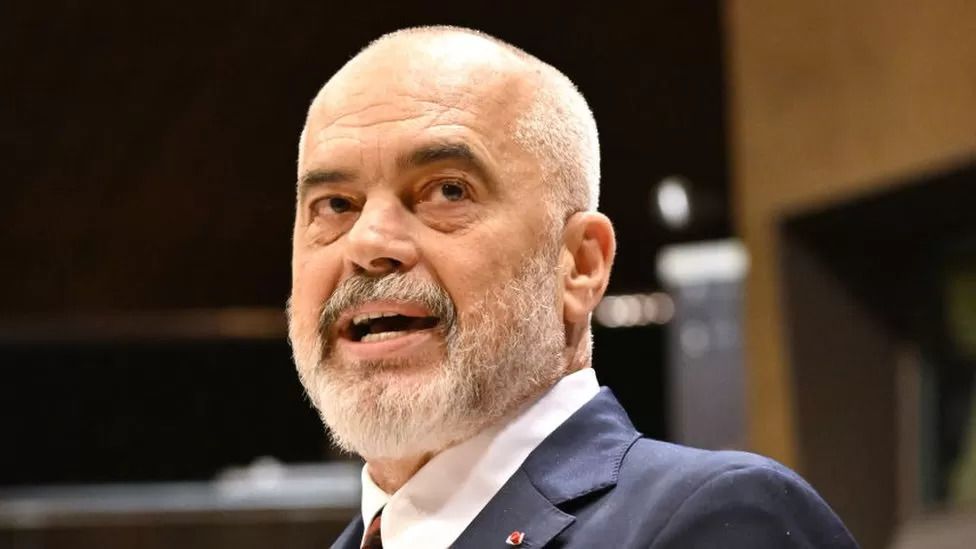 Edi Rama has been prime minister of Albania since 2013

Last week, Mr Jenrick said the government was looking at setting up a "bespoke route" for Albanians to have their immigration cases heard more quickly so they could be returned to Albania if their claims were unsuccessful.

On Monday, Ms Braverman agreed with suggestions by Conservative MP Lee Anderson that "Albanian criminals" were leaving a safe country to come to the UK.

He said if accommodation in the UK was not good enough for them, they could "get on a dinghy and go straight back to France".

Ms Braverman has been widely-criticised for describing the increasing number of migrants arriving on the south coast of England as an "invasion".

The United Nations Human Rights Commissioner Volker Türk said it was "a horrible word" and politicians had to make sure their language did not "add fuel to the fire on issues that are about human beings".

Albania is considered a "safe country" by the UK and is listed as a "designated state" under UK law, meaning there is generally "no serious risk of persecution" for people living there.

However, it is thought some Albanian migrants make asylum claims on the grounds that they have been trafficked to the UK.

Currently Albanians are the nationality most commonly referred for trafficking support in the UK.

Some 7,627 Albanians claimed asylum in the UK in the year up to June, more than double the number the previous year.

But the latest figures will not include most of those who have arrived this year, as very few of these individuals will have had their asylum applications considered yet.

In 2022 - in the months to June - 440 people were returned to Albania from immigration detention centres. Almost all were single adult men.

Albanians also represented the highest number of foreign offenders sent back in the year to March 2022. 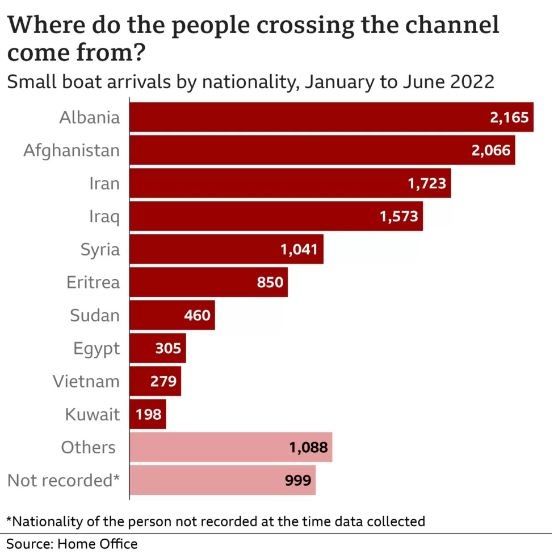 During Prime Minister's Questions earlier, Rishi Sunak admitted not enough asylum claims were being processed and promised to fix the system.

Last week MPs were told just 4% of those who crossed the Channel in small boats in 2021 had received decisions on their asylum claims.

Almost 40,000 people have crossed the Channel in small boats so far in 2022 - the highest number since figures began to be collected in 2018.

Ms Braverman has been under pressure to tackle severe overcrowding and poor conditions at the Manston migration processing centre in Kent, which ministers have blamed on an increase in migrant crossings in recent days.

Mr Jenrick has confirmed that the Home Office is facing a potential legal challenge over Manston centre, although he declined to say who was behind it.

He told Sky News the department had received "initial contact" for a judicial review - a process that could lead to a judge deciding whether the government has acted lawfully.

Council leaders in Kent warned the county was at "breaking point" because of the burden of accommodating migrants, and that the conditions at Manston could lead to unrest.