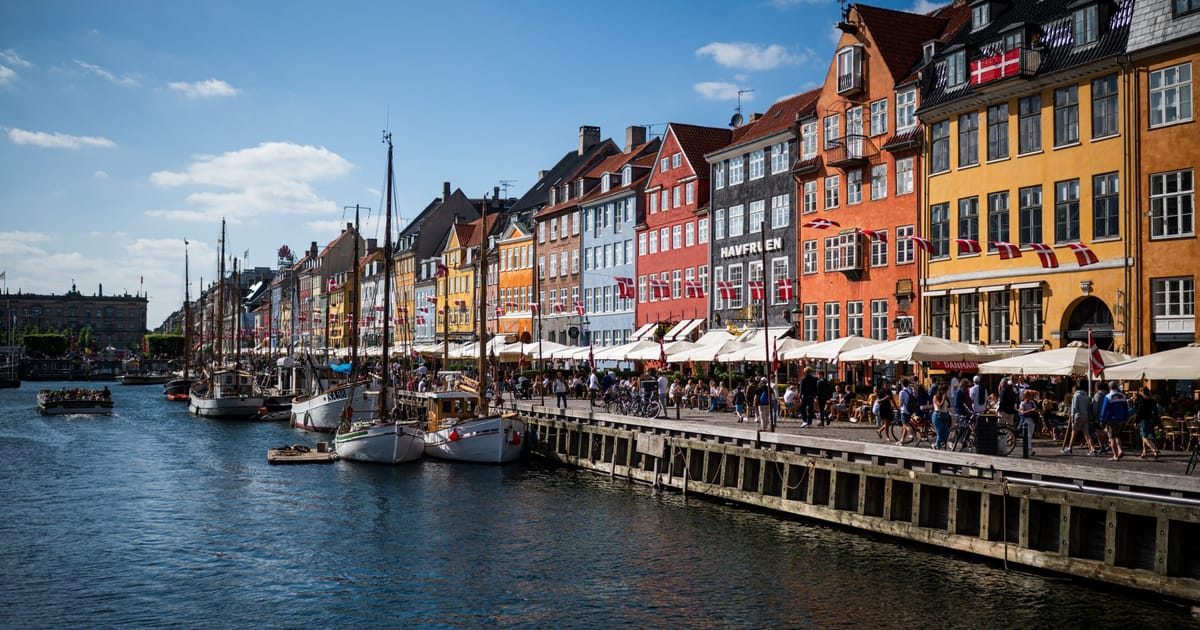 The artificial island of Lynetteholm is meant to protect the Danish capital from floods and provide housing — but critics accuse the project of ‘greenwashing.’

In the harbor of the Danish capital lie the first meters of a stone dike. To some, they are the beginning of the city’s green future — but to others, an expensive and damaging white elephant.

“In 40 years, this will be a landscape,” said Anne Skovbro, CEO of By&Havn, a publicly owned construction company, walking along the dike built with massive rocks from Norway.

Skovbro's company is currently building the foundation of Lynetteholm, an artificial island that the government and the city say is needed to shield Copenhagen from rising water levels and provide a sustainable solution to city growth.

Once completed, Lynetteholm will extend the neighboring island of Refshaleøen by 275 hectares; house 35,000 residents; provide flood protection thanks to a dam structure; and connect to the mainland via a metro line and ring road.

The foundation of the island, whose construction started at the beginning of this year, should be finished by 2035, but it won’t be fully completed until 2070 — if things go according to plan.

That’s what its critics seek to prevent.

The 20 billion Danish kroner (€2.7 billion) project has prompted a backlash from NGOs, legal experts, local politicians — and even neighboring Sweden. They argue it risks harming, rather than benefiting, the local environment and the country’s climate ambitions.

While it is being portrayed as “a way to save Copenhagen” and to create a “more climate-friendly way of living,” there’s no evidence Lynetteholm will help achieve either of those goals, said Frederik Sandby, head of the secretariat of Klimabevægelsen i Danmark, an NGO currently suing the government over the project.

That’s “greenwashing, all the way,” he added.

When the Danish government and the city first announced the Lynetteholm project in 2018, then-Prime Minister Lars Løkke Rasmussen labeled it a “Kinder egg” that would allow the city to tackle its housing, traffic and climate problems (if the analogy has you scratching your head, the confectionary's marketers highlight its three elements: chocolate, a surprise and a toy inside).

For one, the capital’s “rapid development” means that Copenhagen will “eventually run out of building plots” — the island will counteract that and “drive prices down or at least keep them in check,” Rasmussen said at the time. Building Lynetteholm will also allow the local reuse of surplus soil from other construction projects in the city, he added.

The project, which is meant to be self-financing — by charging for the reuse of surplus soil for the construction of the island and selling the newly built slots of land — will also mean Copenhagen can afford a new tunnel that allows car traffic to circumvent the city center, Rasmussen added.

Third, it will help “protect Copenhagen Harbor, and thus the city of Copenhagen from rising sea levels,” he said. A low-lying city, Copenhagen is preparing for a rise in sea level of up to 100 centimeters between 1990 and 2100.

The project — approved by the government in June last year — also has other climate benefits, said Jonas Bjørn Jensen, a member of Copenhagen’s City Council for the Social Democrats, who chair the council and support the project.

It will allow more Danes to settle in the capital, which “would be much better for the climate than if they settled in the rural areas,” he said. City residents tend to live in smaller spaces and make greater use of public transport and so have a lower carbon footprint, he said.

But a civil society movement, as well as two parties in Copenhagen’s City Council, say the “Kinder egg” is rotten: The project’s green label is misused to legitimize the project, they argue.

While Lynetteholm received little attention when it was first announced, that changed early last year, when Nicholas Woollhead, a 27-year-old student who has become the face of civil resistance against Lynetteholm, joined forces with a group of sailors upset they would no longer be able to navigate freely in the harbor — and started mobilizing.

The early team — a teacher, a programmer, and a sailor and his wife — has grown into “Stop Lynetteholm,” which now counts eight board members and spearheads a broad resistance movement against the project, said Woollhead.

One major issue: The project’s impact on the environment and the climate wasn’t sufficiently assessed, the group says.

The project’s initial environmental impact assessment — required under EU law — only evaluated the impacts of the deposit of soil needed for construction, and not for the infrastructure projects relating to the island, said Ole Damsgaard, vice chair of the NGO Danmarks Naturfredningsforening (Danish Society for Nature Conservation).

The issue also caught the attention of Sweden. Tensions between the two countries came to a head earlier this year as By&Havn dumped sludge into a shallow Danish bay south of the city, to make way for the island — something Sweden feared could have disastrous effects on the marine environment in the stretch of water separating the two countries. The parties behind the project stopped the dumping, and announced the sludge would be built into the island instead.

Sweden’s environment ministry did not respond to a request for comment, while the Polish and German ministries said they were not concerned about the impact of Lynetteholm on the environment in their respective territories.

A later — more comprehensive — assessment of the project’s environmental impacts published in August came after construction works had started and failed to sufficiently account for viable alternatives to Lynetteholm, said Damsgaard. The assessments also fell short of accounting for the construction works’ climate impacts, said Sandby.

Critics also believe Lynetteholm is not what the city needs to protect itself from floods.

According to its flood protection plan, drawn up in 2017 after a winter storm in 2013 exposed the city’s vulnerability to flooding, protecting the city from floods is most urgent from the south, rather than the north, where Lynetteholm is currently being built.

Flood protection could be achieved in much cheaper and simpler ways, said Gorm Anker Gunnarsen, a member of the City Council for the eco-socialist Red-Green Alliance, which opposes Lynetteholm. The party ousted the Social Democrats as the most popular party in the capital for the first time in over a century in last year’s municipal election. 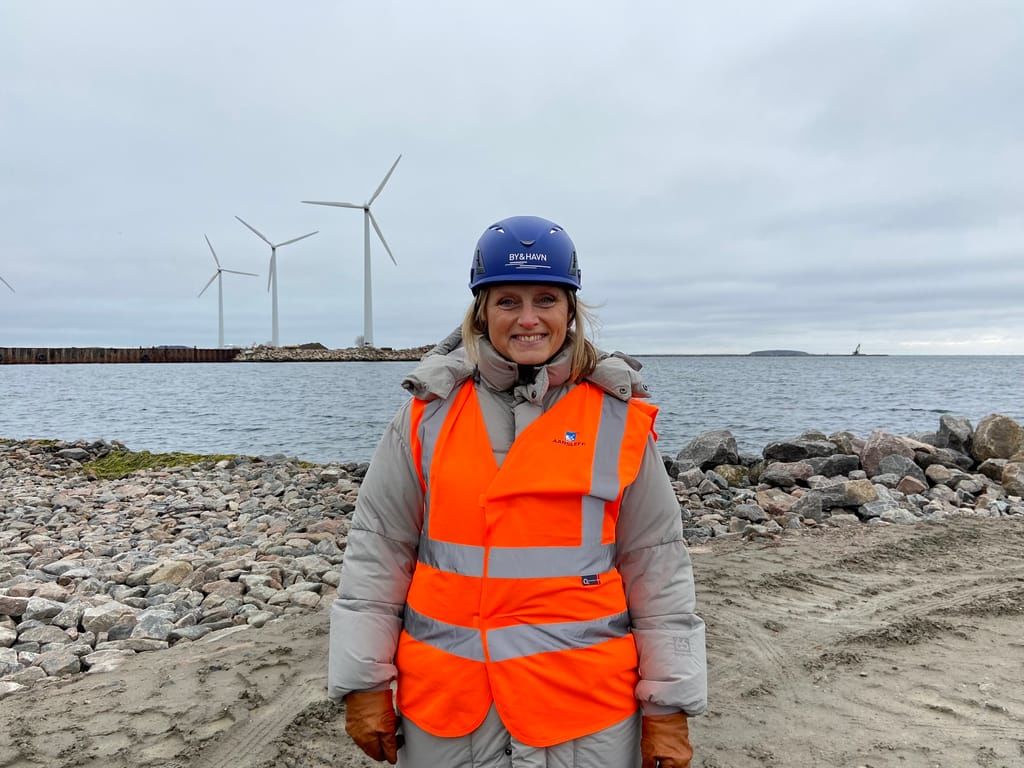 The mega-project stands out compared to more traditional solutions implemented in some other cities prone to flooding, such as in Rotterdam, which beefed up its coastal protection of dikes and storm surges.

Lynetteholm’s proponents, who argue the project’s environmental impact has been sufficiently assessed, are now looking to ensure more residents get a say on the island’s infrastructure and design as it is built.

Jensen from the Social Democrats held that Lynetteholm is “probably one of the best, well-documented projects in the newer planning history of Denmark,” but conceded that the initial approach to assessing the project’s environmental impact was “very stupid.”

In the future, By&Havn says more people will have a say on a project that faces accusations of a lack of political legitimacy. To that end, it has set up a council of 66 citizens meant to advise on the infrastructure on the island, said Skovbro, its CEO.

The Danish transport ministry in charge of the project declined to comment for this article because Denmark is awaiting a new government.

But the project’s critics hope it’s not too late to halt or even overturn it. They have called on the European Commission to intervene and are hoping for pressure from the ongoing lawsuit or neighboring countries to grow.

Peter Pagh, a law professor focusing on environmental law at the University of Copenhagen, who emphasized he is neither in favor nor against the project, said that “so many mistakes” were made in the assessment of the project that he “doesn’t exclude” that Lynetteholm could be canceled even though construction has already started.