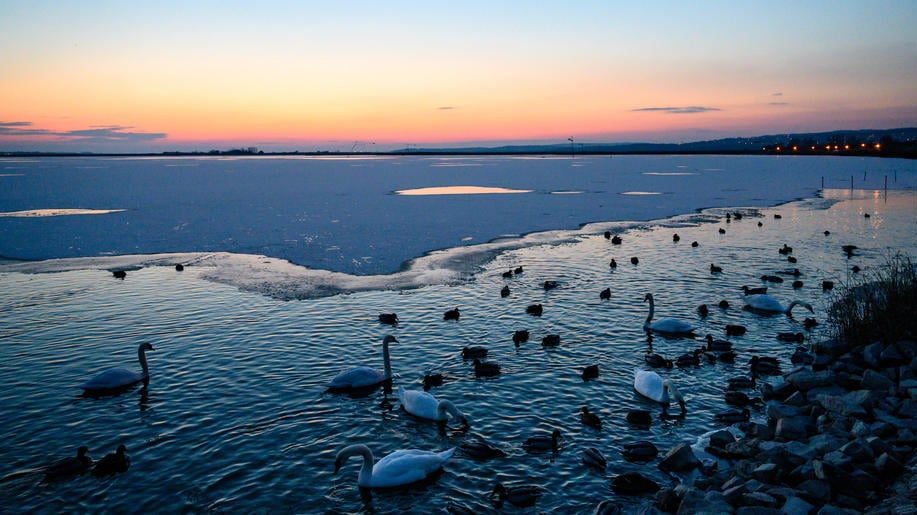 A week before the IPCC delivered its devastating report on the climate challenge, a political battle that erupted over Hungary’s fast-disappearing Lake Velence illustrates how difficult it is to coordinate action to fight the effects of global warming.

Earlier this summer, data that showed a dramatic rise in the death rate of fish in Hungary’s third biggest lake focused the public's attention on the local effects of global warming. Yet instead of swift action to prevent the further drying up of Lake Velence, a political controversy erupted when the government on August 2 rejected a 40-billion-forint (113 million euros) plan to transfer water from a nearby reservoir.

The proposal was turned down by the Fidesz government of Viktor Orban on the grounds of its “high cost”. But Budapest Mayor Gergely Karacsony pointed out the total is barely half of what the government has allocated for a hunting exhibition chaired by Deputy Prime Minister Zsolt Semjen to be held this autumn.

“There is no money to protect Lake Velence, but there is 70 billion forints for the megalomaniacal desires of a Christian-Democrat politician,” Karacsony wrote on Facebook.

But even had the government agreed the plan, environmentalists argue a one-off investment won’t be enough to save the lake. Rather, it will require a conscious and complex effort to tackle the root causes of the drying up of Lake Velence and indeed others in the country. But the chances of the nationalist-populist prime minister turning green any time soon are slim, while the Hungarian public displays an alarming complacency over the growing problem. 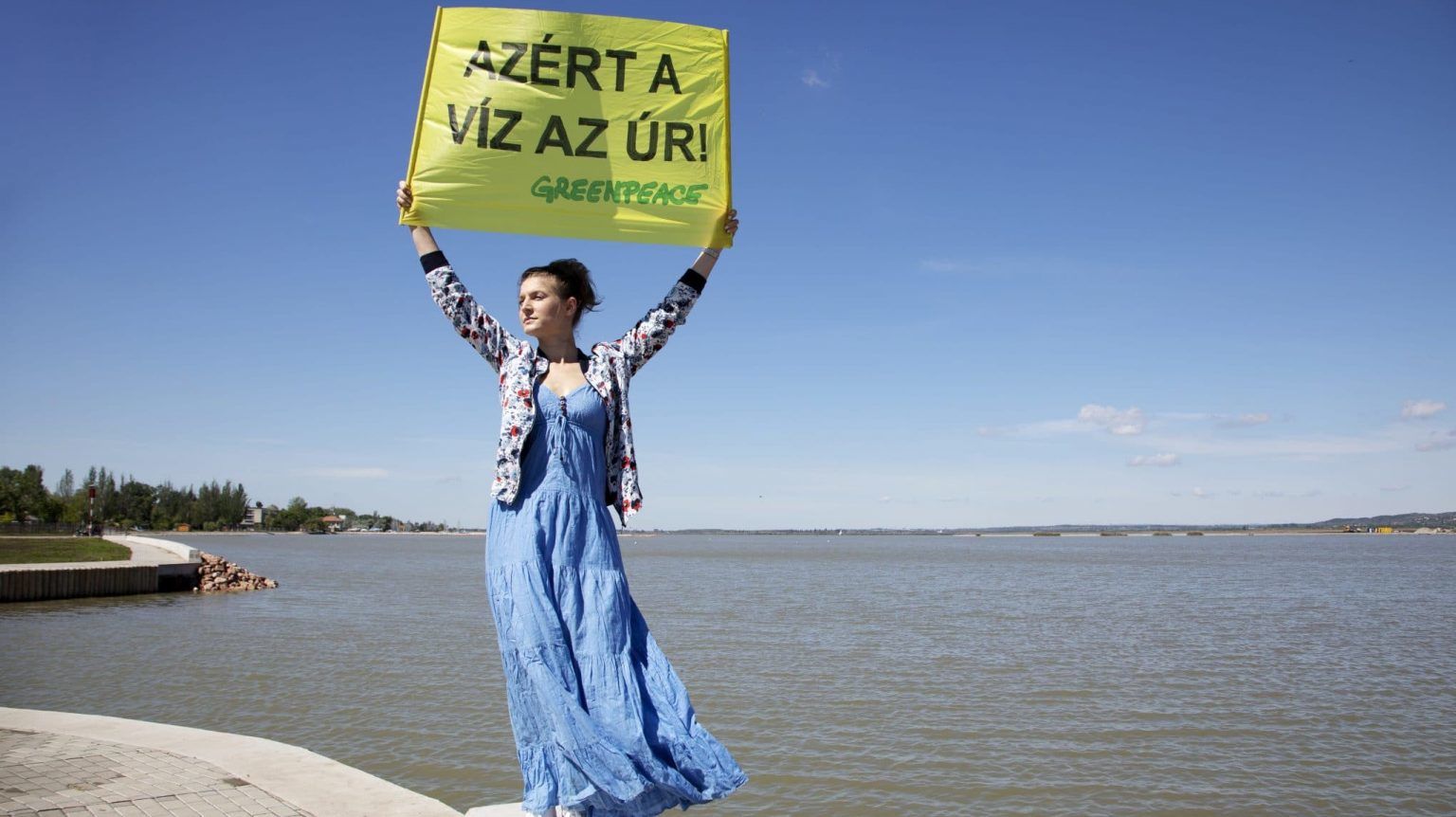 A Greenpeace protestor holds up a sign that says, ‘When the water rules!’, on the shores of Lake Velence, May 21, 2021.

Like lakes around the world, Lake Velence – a popular tourist destination for Budapest inhabitants – is on the verge of extinction. By mid-summer, the 28-square-kilometre lake had lost 46 per cent of its water and is now so shallow, at an average of under 90 cm, that a growing number of its beaches are being closed to the public.

Many fear time is running out for the endangered lake. Miklos, who has lived for two decades in the vicinity of the lake, says his beloved beach creates a sad impression. “You go to the lakeshore, but instead of water you see the bare lakebed for several metres – it is all dry,” he tells BIRN. “Even if you decide to take a bath, you need to walk out hundreds of metres, but the water is only up to your knees. No chance of a good swim.”

At the end of July, environmentalists and locals organised a protest to raise awareness about the lake’s falling water levels, pouring 100 litres of water from plastic bottles into the lake. “According to the Water Directorate, 46 per cent of the water is missing, but politicians are doing nothing,” Peter Vas, one of the organizers, justified his group’s act in the Hungarian media.

But most Hungarians have been busy organising their vacation at Lake Balaton, the country’s largest freshwater tourist destination covering almost 600 square kilometres, ignoring the outcry over the smaller lake. Few are even aware that all Hungarian lakes are endangered by climate change and it is only a question of time before they suffer the same fate as Lake Velence.

“During the last century, over a hundred bigger or smaller lakes have disappeared in Hungary,” Katalin Rodics, a biodiversity expert with Greenpeace, tells BIRN.

A few years ago, water levels were so shallow in Lake Balaton that some wondered whether it might be time to build an island in the middle of the lake. Luckily, the situation has since improved, with even the water quality of Hungary’s biggest lake now praised by the experts.

Rodics accepts that to some degree what’s happening at Lake Velence is, unfortunately, a natural process: “We have to accept that sometimes there is more, and sometime less water in it, depending on the weather.”

The media have pointed out the lake actually dried out once in the mid-19th century, but recovered. Yet others warn that’s less likely to happen today. Hungary is being hugely affected by global warming: its average temperature has risen by 1.4-1.5 degrees Celsius over the last 50 years, and the country is not only getting warmer but drier.

“If current climate trends prevail, by 2050-2080 two-thirds of Hungary’s territory will become steppe – a dry, grassy plain not even suitable for agriculture,” Rodics predicts.

Instead of moving to mitigate the effects of climate change, Hungary’s political elite and big business regularly push environmental concerns aside and even take some action that makes things worse. This year, a half-metre-high concrete wall was built on the beach of Agard, a popular resort on Lake Velence, to protect the shore from the waves. Beyond being unsightly and preventing people from swimming, the concrete construction along the shore will hinder the lake’s natural self-purification process, experts fear.

Concrete abounds in and around Lake Velence. Hotels, tourist resorts and large harbours for sailing boats are still being built. Similar investments are underway around Lake Balaton, prompting protests by locals who can’t understand why public beaches need to be systematically abolished to pave the way for more building sites.

“It’s like a vicious circle – the more reports published about the shallow water and the worse the water quality and fish dying becomes, the fewer tourists will come. It is bad news for the big hotels, too: if you destroy the lake, who will pay your bills?” Miklos from Lake Velence wonders. 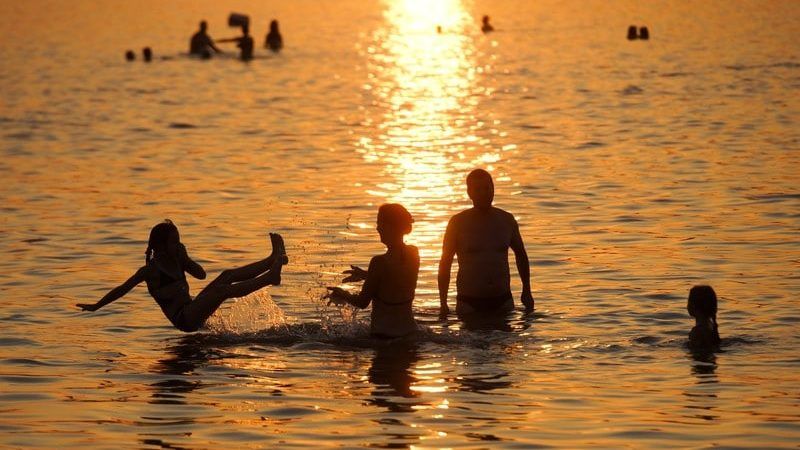 The complacency of Hungarians stems in part from the notion that the country sits on one of the biggest water reserves in Europe. The country has, indeed, a renewable water reservoir of 11,833 cubic metres per person, one of the biggest in Central Europe (only Slovenia and Serbia have more in the region), but most of that water originates from outside Hungary.

With 95 per cent of the rivers flowing through Hungary having a source outside the country, if water becomes a scarce commodity in the region, then Budapest would have little control over the quantities reaching its territory. The so-called domestic renewable water reservoir amounts only to 768 cubic metres per person, one of the lowest in the region.

Moreover, Hungary is overgenerous with the amount of water it allows to flow out of the country; even most of its rainwater exits the country, instead of being diverted into reservoirs to be used for irrigation and farming. Lately, farmers have also been allowed to dig wells to get access to Hungary’s drinking water reservoirs, which is endangering an increasingly scarce resource.

“At Lake Velence, we have a complex problem which cannot be solved with a one-time investment of 40 billion forints,” Greenpeace’s Rodics points out. “We have to find a solution for all our lakes. Cementing the area around our lakes is definitely not a good direction. We all know what should be done, but the question is who is willing to take the necessary steps.”

Experts agree that a complete water management system is needed, including environmentally friendly reservoirs to keep the water inside the country and limiting large-scale animal breeding and fertilizer-heavy farming, which is responsible for over 70 per cent of water consumed globally.

But few expect much change if the Fidesz government stays in power after next year’s general election. Orban’s government has shown little sympathy for green causes. And it is telling that since 2010, Hungary has not even had an environment minister, only a state secretary inside the Agriculture Ministry, subordinated mostly to the interests of the farming and food industries.

Even in the event that the joint opposition wins the election next year, there will be no miracle turnaround for Hungary’s lakes. “It will take years to repair the damage, to change the laws and recruit the experts who were dismissed during the last 10 years,” sighs Rodics.

All hope for Lake Velence is perhaps not lost, but this year’s season has pretty much drained away.