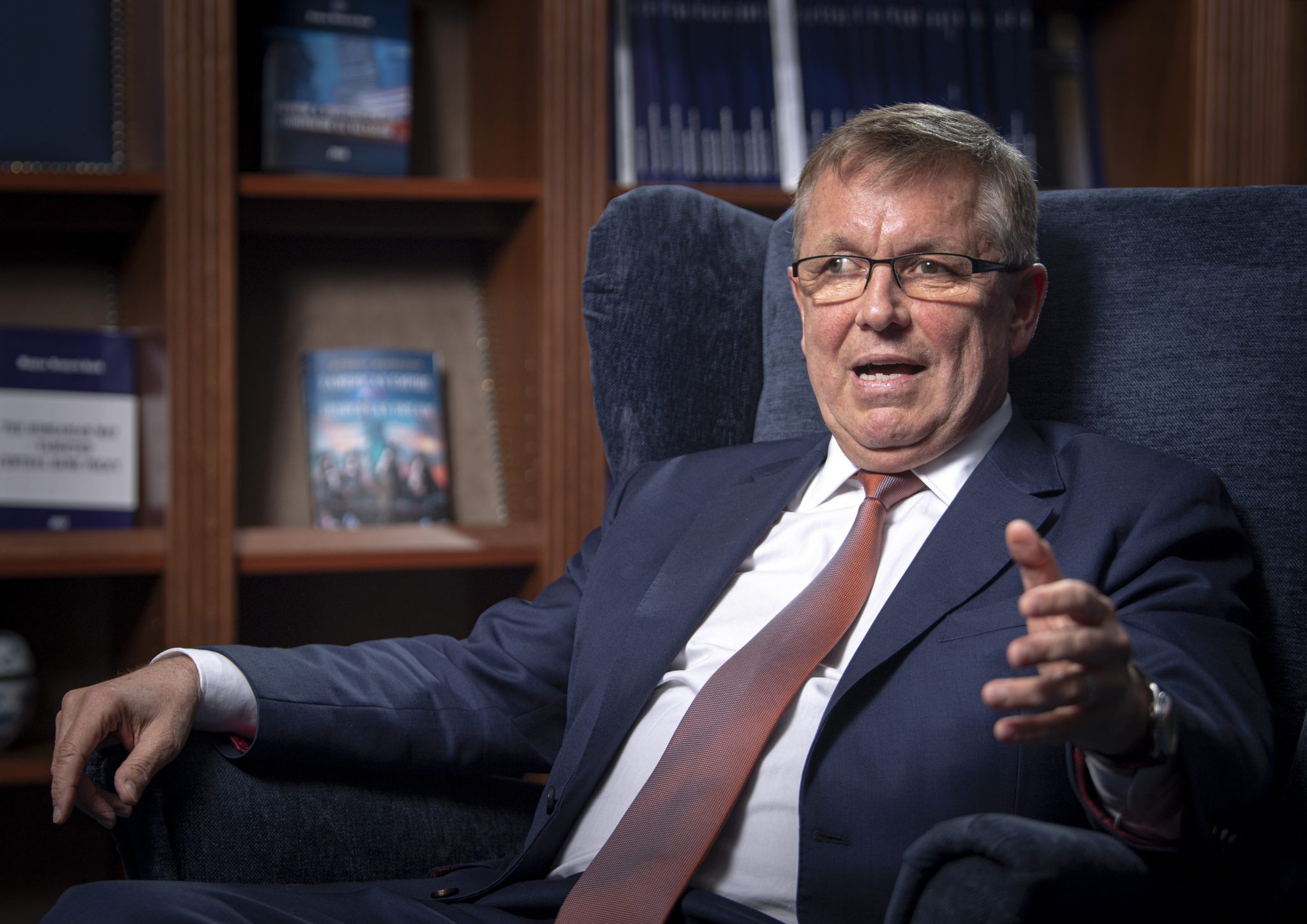 Governor and head of the Central Bank, György Matolcsy, wrote an article titled “What could be the solution to the Budapest dilemma?” for pro-Fidesz daily Magyar Nemzet in which he suggests that the Hungarian capital should be divided.

According to Matolcsy, the Budapest dilemma comes from the duality of the capital. “As Budapest is the political, governmental, cultural, intellectual, economic, and financial center of Hungary – with a huge accumulation of historical, intellectual, and material assets – it is worth developing everything that will bring development worthy of a world city. The other side of the coin, however, is that Budapest has not yet been able to achieve the kind of development needed to catch up with the rest of the country and the Carpathian Basin within a democratic and market economy framework, because it is only big but not strong,” Matolcsy writes.

The Central Bank chief believes that there are several steps to be taken in order to solve this dilemma:

* The autonomy of Budapest’s districts should be increased “by an order of magnitude,” with the inner districts cooperating primarily with each other and the outer districts (annexed to Budapest in 1950) with the settlements around the capital with 4 million inhabitants (i.e. a network of towns similar to Vienna or the Tokyo-Osaka axis) could be created through a series of programs and developments.

* The outer districts should be linked independently to the municipalities outside Budapest.

* For 2023, the 150th anniversary of the unification of Pest, Buda, and Óbuda on October 25, 1873, Matolcsy would create “the democratic and orderly framework necessary for the further separation of Budapest,” (i.e. he would allow the districts to be separated from the capital through local referendums).

* The President of the Hungarian National Bank considers a “community starting point” to be desirable for the separation of the districts, for the “healthy resizing” of Budapest, by which he essentially means the strengthening of a kind of identity of Zugló, Kelenföld, Kőbánya, etc., and a return to the urban historical development before 1873 up to 1950. The reorganization of the outer districts as independent cities could, in Matolcsy’s view, “release enormous energy, because they were previously capable of dynamic development on their own.”

Matolcsy thinks that “preserving the core of Budapest is in the national interest. A capital city with a population of around 600,000 people can become the new center of Hungary by preserving the unity of the inner districts of Buda and Pest. Virtually all the leading institutions of the state, government, business, banking, higher education, and culture would remain together in this new metropolitan area, from the Parliament to the Castle District, from the major universities to the great cultural institutions.”

Is there really a Budapest dilemma?

There is no clear answer in the article to the question of why a fragmented Budapest would be more developable than the capital as it is today. Matolcsy mentions several things: a “start-up institutional system,” a “spa network rising to the status of a world wellness center,” and a “smart city district.” According to him, this could all be included in the future vision of a capital city that is already a healthy size.

Telex notes that based on the 2018 data from the Hungarian Central Statistical Office (KSH), Budapest accounts for more than its share of domestic GDP than its population – while Budapest residents make up 17.8% of Hungary’s population, they produce 36.8% of the country’s GDP. In addition, the Financial Review published by the State Audit Office of Hungary, based on Eurostat data for 2019, found that Budapest has a GDP per inhabitant, adjusted for purchasing power parity, of 151% of the EU average, ahead of Vienna or Berlin.

The size of Budapest and the number of inhabitants is also interesting to look at, as Matolcsy thinks the Hungarian capital is too big. Budapest occupies an area of 525 km². Without including the periphery, Budapest is much more spread out in space than, for example, Paris. The French capital covers only 105 km². Budapest has 1.77 million residents, while the smaller in size Paris has 11 million inhabitants, which is more than the citizens of the whole country of Hungary (not even 10 million).

Of course, this is a striking and rare comparison, because Paris’s population density is quite high. The two cities Matolcsy mentions in the article are Vienna and Prague. The size of Vienna is 414.6 km², which is definitely closer to Budapest than Paris but still smaller. However, there are still more people living there: 1.94 million citizens. Prague is home to 1.3 million people within 496 km². So the number of residents is lower than in Budapest, but so is the size of the Czech capital city. It is important to note, however, that Matolcsy writes that “Bern, Bonn, Berlin, Vienna, the Scandinavian countries, Warsaw, Prague, and others centralize their country’s material and intellectual resources to a much lesser extent than the Hungarian capital.” So he does not simply talk about population or size.

Matolcsy concludes that “Budapest is already well on the way to becoming a European, even global, sports capital, and it is worth building the necessary infrastructure and linking the sports economy with the health aspects of the city.”

After the Hungarian National Bank’s head expressed his opinions, Gergely Karácsony, the mayor of Budapest, responded in a Facebook post: “Following the suggestion of György ‘Chop up’ Matolcsy to fragment Budapest, I have an idea. Let us chop up the Hungarian National Bank. One half of it should finally tackle inflation, which is hitting decade highs. And the other, where hundreds of billions of forints of public money have lost their public money character in recent years, should be placed under the supervision of the public prosecutor’s office.”