Bulgaria has the lowest rate of vaccination in the EU. Euronew's Julian Lopez investigates why the push to get more Bulgarians vaccinated has shaken the country to its core.

Fortunately, everything began with a bit of luck. I landed in Sofia, Bulgaria's capital, on a late November Sunday afternoon. The weather was mild and sunny. After checking into my hotel, I went for a walk in the city centre with my filming kit.

"I'm not a killer of grandpa and grandma"

Scarcely five hundred meters from the hotel, I stumbled on around two hundred people noisily chanting and shouting. Among them were children and elderly people; whole families banging on drums and waving big Bulgarian flags. I approached and asked them what they were protesting about.

I don't want to be part of this experiment

"Vaccines are a very insidious way of influencing people's lives", one woman told me. "I don't want to be part of this experiment", said another.

So I started filming. I had come to Bulgaria to find out why the country has by far the lowest vaccination rate in the European Union: only around 25% of Bulgarians are fully vaccinated.

Suddenly there I was, at the very heart of a spontaneous rally against the vaccine, vaccination campaign and health pass. Banners with messages such as, "I'm not a killer of grandpa and grandma", or "We don't agree to medical tests on our children".

I followed the protesters for three hours. Their claims sounded to me like a complex and confusing mix of misinformation, fake news, conspiracy theories, social discontent and political defiance.

"If you are not vaccinated, people start hating you."

Night had fallen when I met the organisers. Among them was Hristo. An engineer in nuclear physics, he spoke fluent English and French. He told me he was well-read with regard to the scientific literature on the pandemic.

I asked: "So, for you, vaccination is not a solution?"

Replying to me, he said: "I don't understand the statistics in the light of vaccination. I don’t see the efficacy.'' 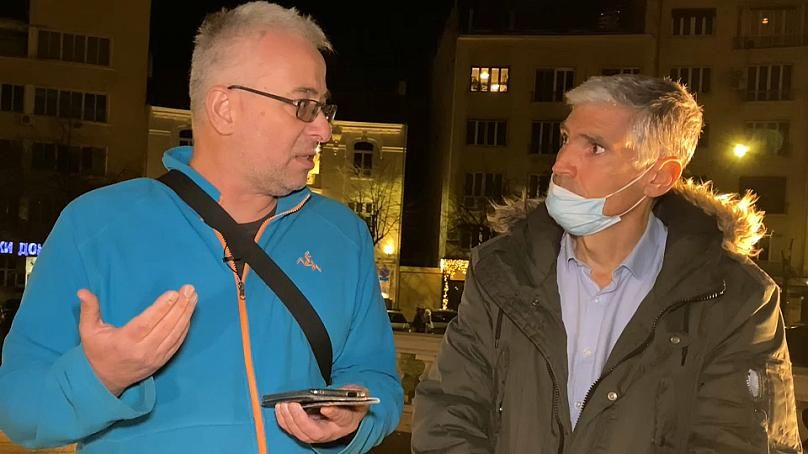 Another COVID-19 anti-vax campaigner, Kalin Ivanov, told me they were protesting not only against the vaccines but also "against segregation'' and ''against discrimination''. Explaining further, he said: ''We do live not in Nazi Germany. We do not live in the Soviet Union. We live in a liberal democracy. And one of the main talking points of liberalism is that the individual's rights stand above the collective uses."

A sudden heavy overnight snowstorm would dramatically change the city’s landscape but not the nature of my questions. Why do so many Bulgarians trust such messages? Especially given that the country has the worst COVID-19 case/fatality ratio in the EU - that's according to Johns Hopkins University. What are the consequences? And, are there solutions? Or, is it already too late?

In search of answers

The following morning I met up with the man attempting to get as many Bulgarians as possible vaccinated. The acting Deputy Health Minister Aleksandar Zlatanov blamed the poor vaccination rate on logistical issues and on political instability - the country has held three parliamentary elections in eight months.

He shows me some recent official online campaigns published to promote jabs. Things are now improving, he claimed: "The vaccination rate is now three times higher than in August. We expect this rate to increase by four or fivefold from now until the end of December."

Yet, it is hard to see how such optimistic numbers are really translating on the ground. Immediately after my interview with the acting Deputy Health Minister, I visited one of the busiest vaccination centres in the capital. The centre has the capacity to vaccinate up to two thousand people a day. The recent average, however, has been between six and seven hundred people. 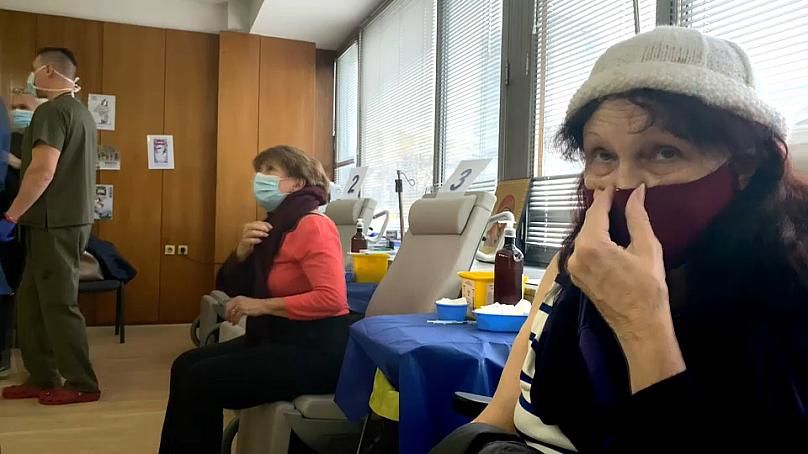 "I need to take care of myself. It is in my own interest,'' insists this woman as she gets her COVID-19 booster jab.

It's the only defence we've got.

I was allowed to film at the centre for just one hour. Most of the people I met were coming for their third jab.

"I need to take care of myself. It is in my own interest. This is my third dose. I’m not afraid of the vaccine" one woman in her late sixties told me.

"Getting vaccinated is not mandatory but it is necessary. It's the only defence we've got. I need it. As do others. That's what I think," said a man around the same age.

Dimo Dimov, the vaccination centre’s coordinator, said the emergence of new variants demonstrated the urgent need for action: "As doctors, since the start of the pandemic we were convinced that lockdowns and social distancing were only temporary solutions until we had a vaccine available. And now that the vaccine is here, we reiterate: vaccines are the only real solution we have to overcome this pandemic. Vaccination must be the priority," he said.

Yet even some medical staff actively contribute to the country's vaccine hesitancy. At a nearby hospital for infectious diseases, I met the head of the pediatric department. He tells patients and families that the safety and efficacy of existing COVID-19 vaccines have not sufficiently been proven yet.

"When you are immunised, you can still get infected and infect other people. So by immunising yourself, you do not protect other people. You just protect yourself. And this should be your own decision", Doctor Mangarov told me. 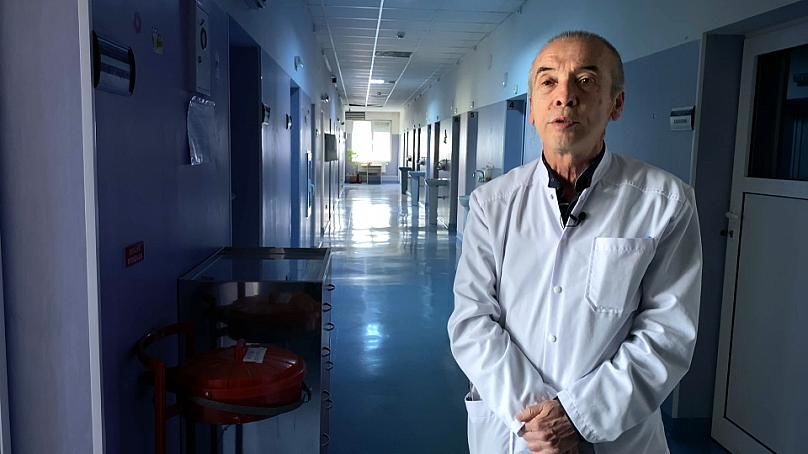 Doctor Mangarov says the safety of existing COVID-19 vaccines has not sufficiently been proven yet.

"Are you vaccinated yourself?", I asked.

Before coming to the country, I had read that Bulgarians are among Europeans with the biggest distrust in democracy, the government and news media... as well as their own healthcare system. Almost 50 years of communist dictatorship has arguably helped to feed this lasting suspicion.

In this context, can the situation ever change in favour of vaccines? It won’t be easy sociologist Anatas Stefanov told me. He has recently participated in ten studies related to coronavirus health policies, including the ongoing vaccination campaign: "Bulgarians make up their minds through public figures more than through institutions. They personalise their views on politics and civic life. Bulgarians prefer the shorter, negative message. And, there is a huge lack of confidence in public institutions."

A far-right party has just entered the new Parliament with an open anti-vax programme. National press has reported widespread forgery of fake vaccine certificates. After four days of reporting here, I leave Bulgaria thinking the country has still not come to terms with its COVID-19 vaccination campaign.