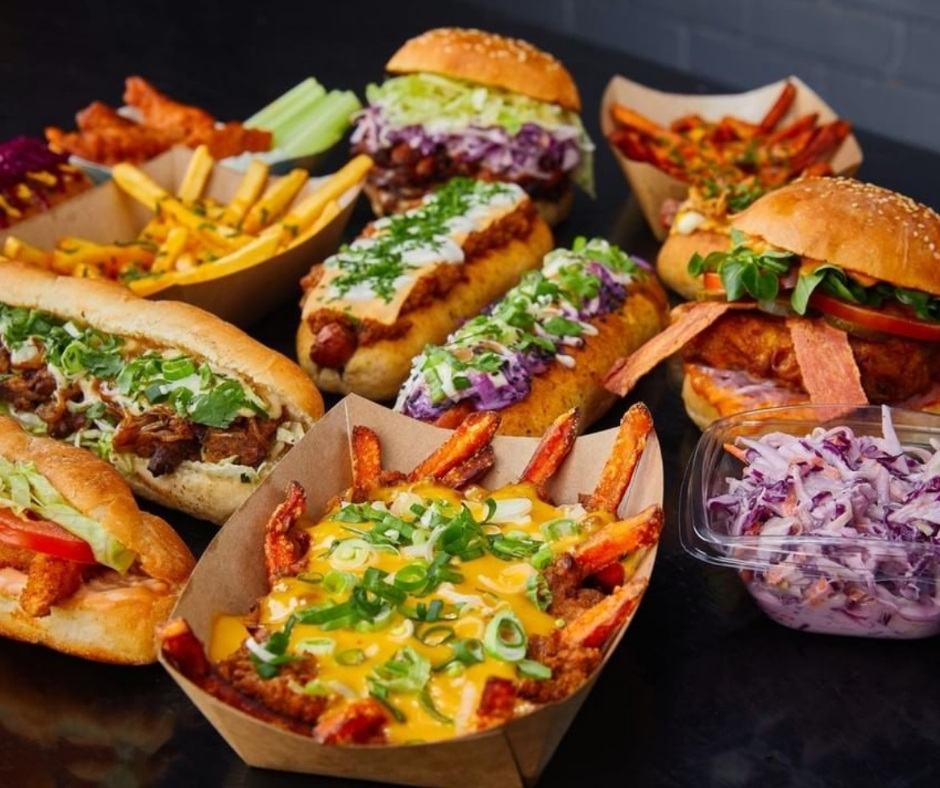 Budapest among the best places for vegetarian food lovers in Europe

With Veganuary 2022 just around the corner, experts at Uswitch.com wanted to find the best European capital cities for vegetarians to live in. By analysing the average ratings of vegetarian restaurants across each European capital, they can now reveal all!

Budapest has the 11th highest rated vegetarian restaurants in Europe

Unfortunately, the Hungarian capital could not make it to the TOP10, but being the 11th with a typically meat-centered cuisine is a pretty good position. For the full research make sure to visit Uswitch.com.

With vegetarianism recently taking off in Hungary, Budapest has been crowned the 11th best capital for vegetarians to live, with an average rating of 8.57/10 for their veggie restaurants – a score almost 2% higher than other ‘food capitals’ such as Rome (8.41/10). 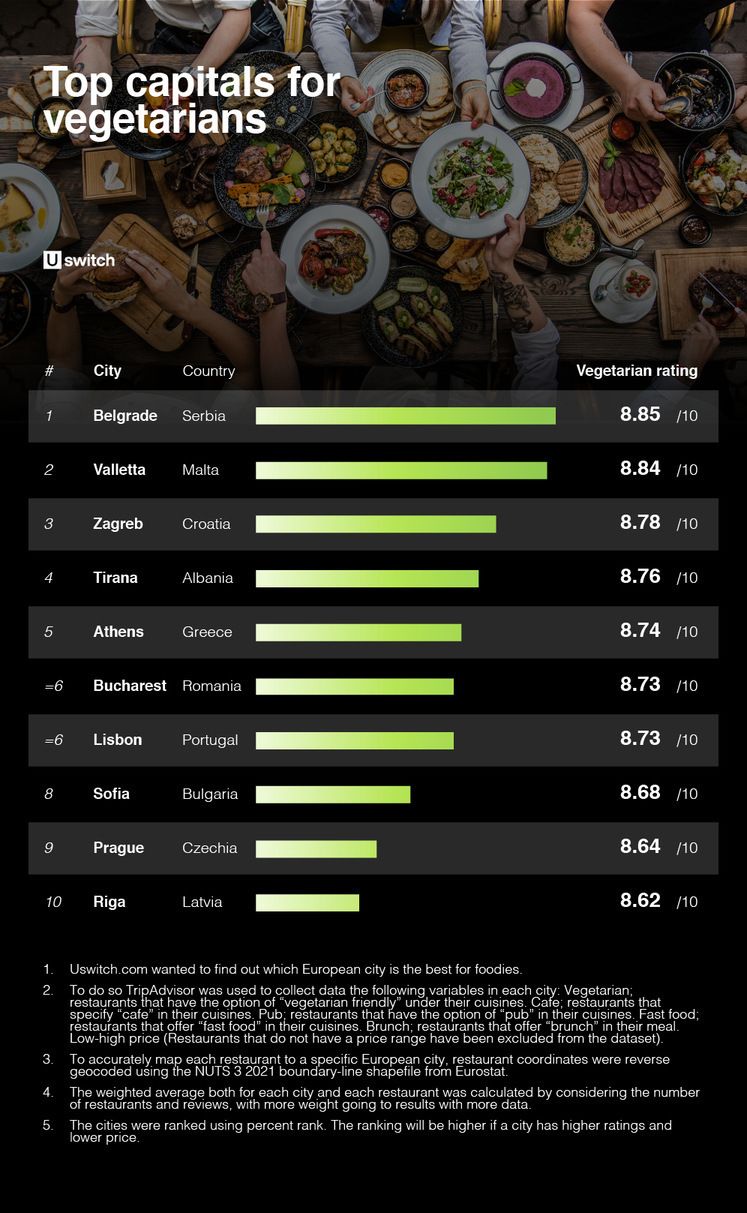 With an average vegetarian rating of 8.85/10, Belgrade, Serbia, is the European capital most suited for vegetarians! The average price of a meal in this Eastern European capital is just €15,98, 32% cheaper than Malta’s capital, Valletta, in second place. With a total of 381 restaurants to choose from, vegetarians in Belgrade will be spoilt for choice.

The Maltese capital of Valletta comes in second, just missing out on the top spot with an average veggie restaurant rating of 8.84/10. Despite the average price of a meal being slightly more expensive than Belgrade, the Mediterranean capital has 1201 suitable restaurants to choose from, the 11th most of all capital cities analysed!

With 264 suitable restaurants under their belt, Croatia’s capital, Zagreb, takes third spot with an average vegetarian rating of 8.78 out of 10. However, despite the array of options, the average price for a meal at one of these high-rated veggie restaurants is the seventh most expensive in Europe, at €32,48.