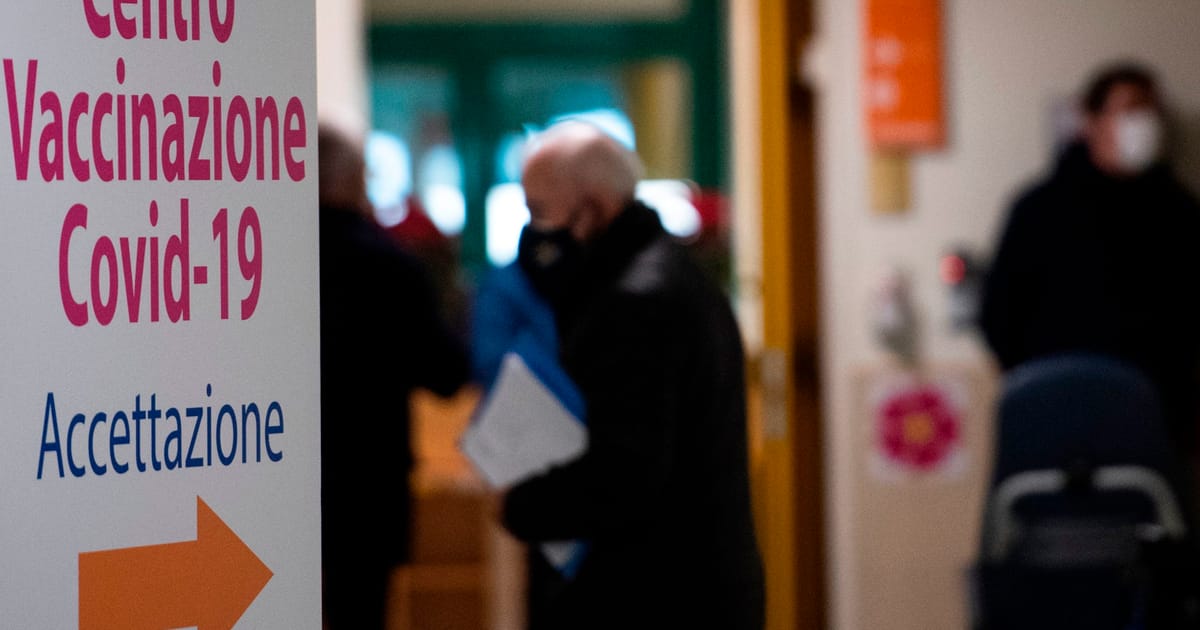 Brothers of Italy prepare to roll back COVID rules

Health spokesman Marcello Gemmato says there should be no obligation to vaccinate.
Italy's new right-wing coalition appears poised to roll back some of Italy's rigorous COVID-19 regulations imposed during the pandemic, after winning last Sunday's election.

The alliance led by Giorgia Meloni’s Brothers of Italy took 44 percent of the vote and is expected to form a government. In opposition, the Brothers opposed many of Prime Minister Mario Draghi’s tough COVID rules, which required Italians to be vaccinated in order to go to work, use public transport, or enter shops and restaurants.

Brothers of Italy’s health spokesman, Marcello Gemmato, said in an interview that the obligation for health care workers to be vaccinated must not be renewed when it runs out in December, and that vaccines should be given only to protect the elderly and infirm.

"It's right to recommend but there should be no more obligation to vaccinate,” he said.

Gemmato questioned the usefulness of the vaccine restrictions. “The Green Pass was not a health measure … and it was not based on scientific principles,” he told La Repubblica. He maintained that as vaccinated people can still pass on the infection, the green pass, which certified that its holder had been vaccinated against, or had recovered from COVID, “created a false sense of security.”

The Brothers of Italy stance on abortion is also raising concerns.

While prime minister-in-waiting Meloni is adamant that her government won’t ban abortion, she says she wants to apply the existing law fully, including a provision that calls for regional authorities, which are responsible for health care, to offer women alternatives. Women's rights activists say that these measures are designed to confuse women and apply psychological pressure.

During the campaign Meloni said:“We want to give the right to women who think that abortion is the only choice they have, to make a different choice. We are not taking away a right, but we are adding one.”

A group of Brothers of Italy councillors in the Liguria region this week proposed that anti-abortion organizations should have branches in every hospital where abortions are carried out.

The proposal read: “At each facility where termination of pregnancy is practiced, a suitable room for voluntary organizations, operating in the sector of promoting the right to life, is to be made available free of charge, and clearly signposted in order to make it easily accessible.”

The regional councillors behind the proposal had abstained earlier in the week in a vote brought by Democrats to commit the region to guarantee women access to abortion. The motion brought by the Democrats was passed by the regional assembly.

Riccardo Magi, former leader of the Radical Party, which campaigned for the 1978 right to abortion in Italy, told POLITICO: “The worrying aspect is that they will try to dissuade women, who should have the freedom of choice. This is an unacceptable psychological pressure. They are also intruding in the patient doctor relationship. While Meloni said she would not modify the law, that is not enough, the government must also guarantee access to abortion.”
#Vaccines  #COVID-19  #vaccine  #Covid
Add Comment