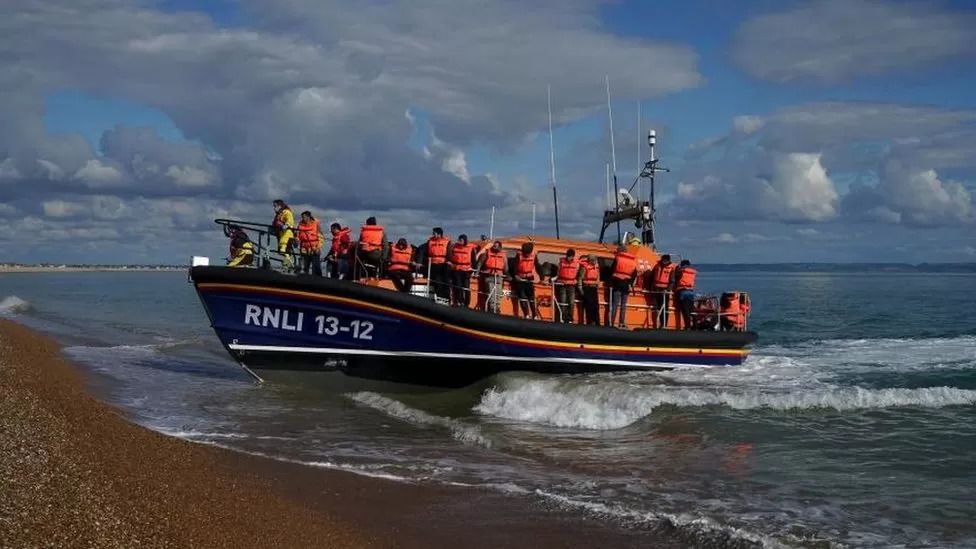 Brighton and Hove City Council has requested a meeting with Home Office ministers over missing child asylum-seekers from a hotel in Hove.

It follows an Observer report that children had been kidnapped - claims denied by the Home Office.

Sussex Police have told the BBC 76 children remain unaccounted for.

The Home Office has said it is the local authority's duty to protect children, but the council has said responsibility for the safety and welfare of youngsters lies with the Home Office.

Ms Allbrooke said the council first raised concerns with the Home Office about the use of hotel accommodation in July 2021, adding: "They told us in a letter a few weeks ago that they [the hotels] were going to be closed by February.

"In the meantime, we sit there with children in what I believe, and what I've continued to believe is an unsafe situation."

Sussex Police said since the Home Office began housing asylum seekers in hotels in Brighton and Hove in July 2021, 137 unaccompanied children had been reported missing. Of those, 60 had been found and 76 remained under investigation.

Police had received no reports of people being kidnapped from hotels, but last May officers were told that two children had got in a car which was later stopped on the M25, with two men subsequently arrested on suspicion of trafficking.

In a statement, the Home Office said local authorities had a statutory duty to protect all children and to work with other agencies, including police, when a child went missing.

It said: "Ending the use of hotels for unaccompanied asylum seeking-children is an absolute priority, and we have robust safeguarding procedures in place."

The Labour Party has demanded an urgent investigation.