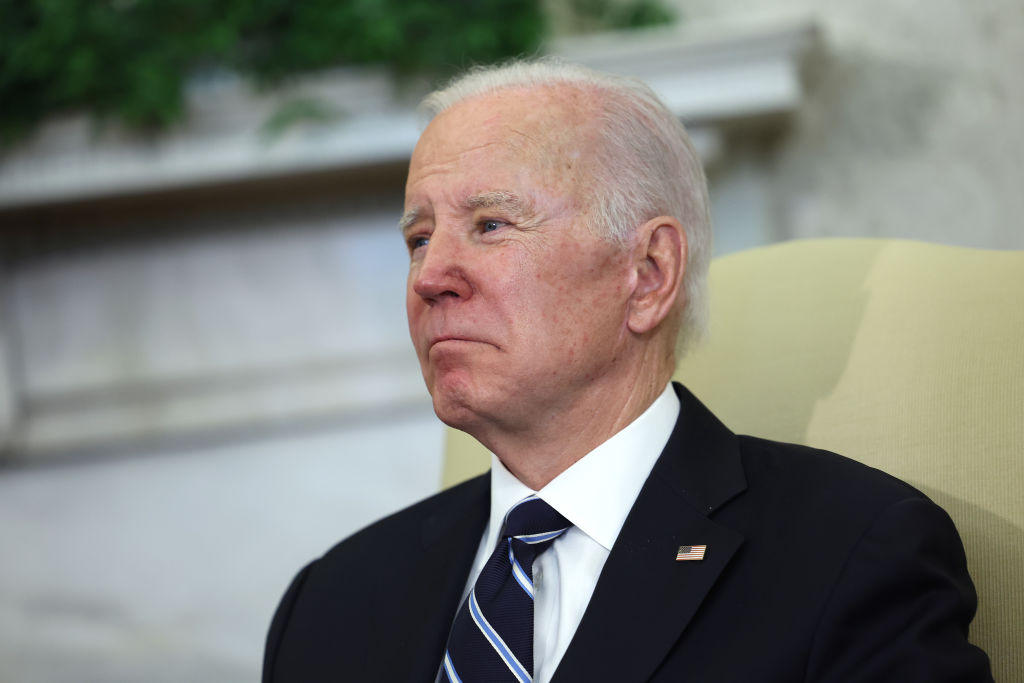 The White House said Saturday that President Joe Biden’s aides had found more classified information stored at his private residence. It is inopportune timing for the president: His team said on Thursday that only one classified page had been found there. Now, it’s up to six.
For an administration whose FBI searched Donald Trump’s Mar-a-Lago estate over improper storage of sensitive government materials, it’s a bad look to be having your own issues with improper storage of sensitive government materials. The government has a system for storing sensitive documents, and “Don’t worry gang, it’s my home office,” isn’t part of it. (Especially not when there were secret documents also found at the Penn Biden Center, a Biden-affiliated think tank.)

There are political issues here, but let’s get the facts as we know them straight first. Biden’s team has found government documents in places where they shouldn’t be, copped to its mistakes, and handed the material back over to authorities. Biden is now facing a special counsel investigation, and he’s planning to cooperate with it. Trump knowingly took documents from the White House to Mar-a-Lago and sat on them. After the FBI found them, he claimed he was the victim of a “Deep State” plot and that he could declassify documents telepathically. And in the aftermath, rather than cooperating, he told his legal team to get “my” documents back, Rolling Stone reported in August.

In summary, though Trump and Biden both have improperly stored documents, Trump’s malfeasance is, so far, orders of magnitude greater. That’s both a fact, and a truly terrible political argument. If “they both had scandals, but some are worse” were an effective argument, Hillary “Emails” Clinton would not have lost to Donald “Self-Described Serial Sexual Assaulter and Prodigious Liar on All Fronts” Trump.

And indeed, Trump’s most effective argument throughout his political career has been whataboutism, where he defends his own behavior by pointing out his critics corresponding flaws, regardless of the difference in scope. Trump’s defense of deeply inhuman border policies was that the Obama-Biden administration had its own, less humane treatment of those seeking help on the southern border. Trump’s charity work is a farce and fraud? Well, have you heard of the Clinton Global Initiative??? Oh, Trump used high office as a perpetual front of self-enrichment? Well, let me tell you about a little guy named Hunter Biden. And on, and on, and on. There is, to widely varying degrees, truth to all of those arguments. (The Obama administration’s treatment of migrants was a moral stain, and one in which Biden is complicit.) But in every case, it’s clear that Trump went well above and well beyond.

In a better world, one with a media landscape that had the credibility to hold politicians of all stripes accountable for their bullshit, and one in which the citizenry was ready to scrutinize both the politicians from their party and from the other one, this sort of argument would flop. But none of that is true in this world, and so Candidate “Me Too” Trump won the White House to become President “But Also You Too” Trump. And as an ex-president, his successful use of that tactic is all of our loss.

Biden’s campaign for president had two major goals: The first was to pass some progressive policy, stopping a country that keeps voting left from getting relentlessly wrenched right by conservative zealots. It’s not going flawlessly, but on that front, the president has made headway.

The second goal, however, was the one he was most vocal and unequivocal about. Biden wanted to undo the damage Trump had done to our institutions and reset norms to the point where people of both political parties would condemn horrible actions — anything, say, from mocking a physically disabled reporter to attempting to overturn a legitimate election to stay in power. And on that goal, Biden is having zero success. That’s not all or even mostly his fault: The GOP is in Trump’s thrall and has no interest in getting out. But it’s a big problem if you’d like to have a functional democracy, or even live in any sort of shared reality.

And that’s why a few lousy pages of improperly stored documents are going to matter. It’s going to be one more opportunity for the GOP to normalize Trump — and the things Trump does that threaten our country.

Anonymous1949 19 days ago
This is a controlled demolition of Biden. The Deep State psychopaths are circling the wagons. They need to get their 2024 candidate in VP

Oh ya 19 days ago
Just read the first few lines.... Joe Bidens aides found the documents. The Dem party is getting ready to throw Joe under the bus as they know he is un electable, they used him to sign anything they put in front of him because his mental health is gone. For the crimes that family has done he needs to spend the rest of his life on the clink
View all comments (2)Add comment