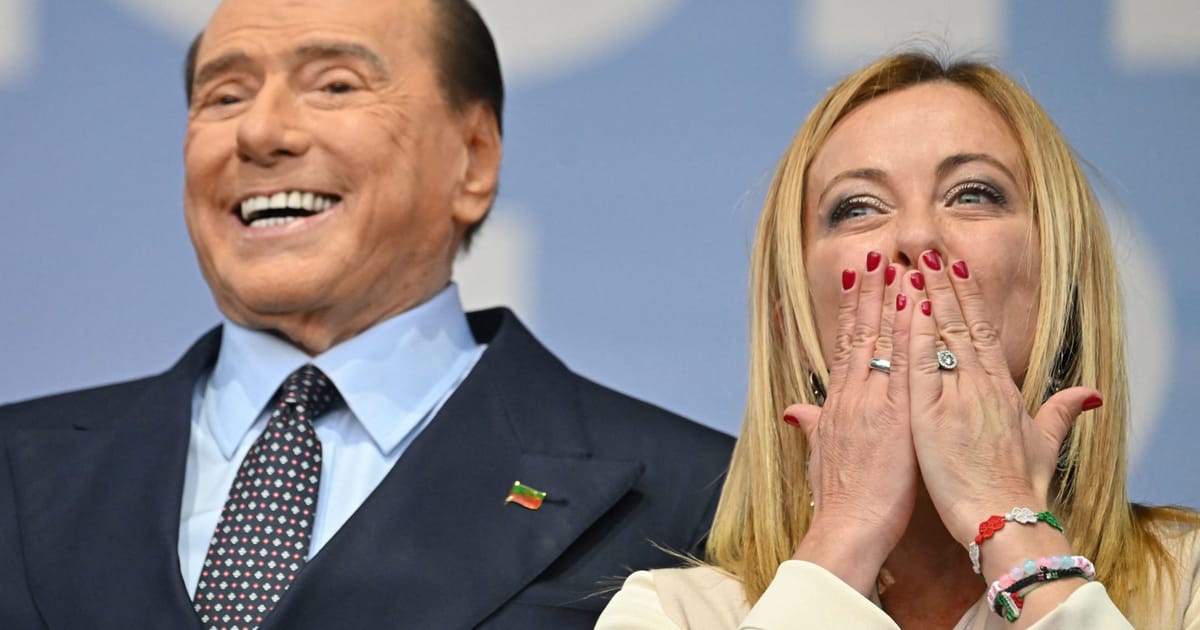 Forza Italia leader Silvio Berlusconi appeared to describe Italy’s likely next prime minister and his supposed ally Giorgia Meloni as “patronizing, bossy, arrogant and offensive” in a note photographed by the press.

The epithets, scrawled on a piece of paper in the Italian parliament, were published by La Repubblica on Friday and escalated a row between two of the three parties attempting to form Italy’s next government.

“No willingness to change, she is one with which you cannot get along,” the note concluded.

“An adjective is missing: I am not blackmailable,” Meloni shot back on Friday evening.

The far-right Brothers of Italy leader is seeking to form a government after her coalition with Forza Italia and Matteo Salvini’s League swept elections last month.

But arguments over ministerial and parliamentary postings have soured the mood.

Berlusconi has refused to endorse the Brothers of Italy’s Ignazio La Russa — a collector of fascist memorabilia — as the next speaker of the country’s Senate.

Salvini told La Stampa that he had warned Berlusconi not to fight Meloni, whose party won more than one and a half times as many votes as Forza Italia and the League combined.

“I warned him, ‘Look, Giorgia has the numbers, you can’t get in the way,'” Salvini reportedly said.

Enrico Letta, the leader of the opposition Democratic Party, leaped into the discord on Saturday.

“It does not seem to me to be a majority capable of giving a solid government to the country. They are only able to give the country an internal war, a permanent conflict,” La Stampa reported Letta as saying.