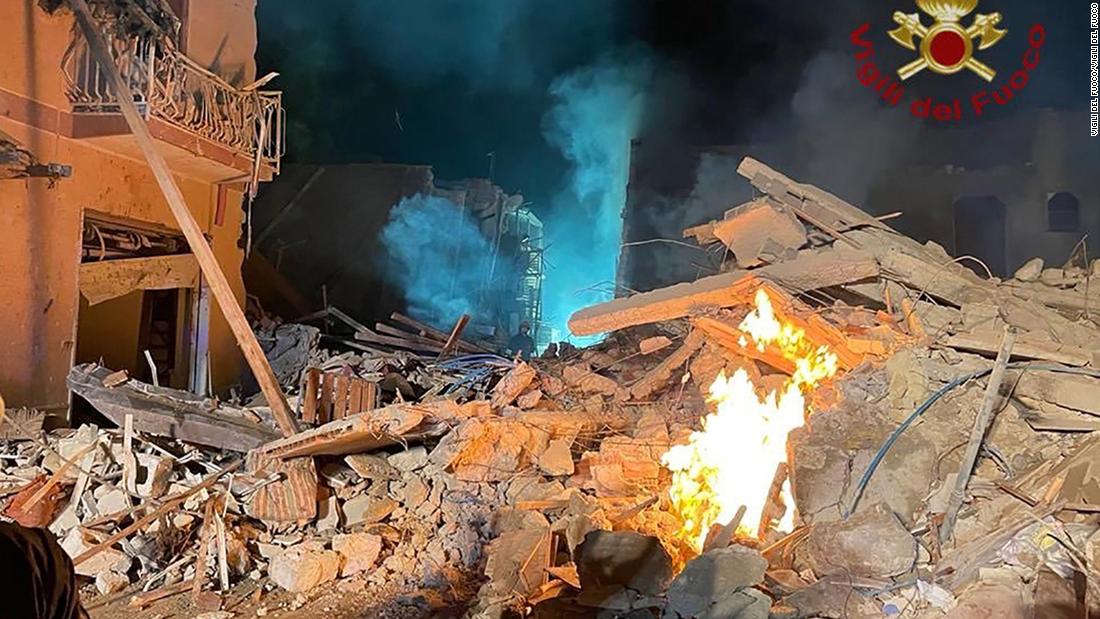 At least three people have died and at least six others are missing after several buildings in the southern Italian town of Ravanusa collapsed early Sunday morning, according to the Civil Protection Department in Sicily.

Ravanusa Mayor Carmelo D'Angelo said in an interview with RAI television Sunday that no children are among the missing.

Italian authorities said the building collapsed following an explosion caused by a large gas leak, which destroyed three houses and damaged another, according to Italian news agency ANSA. 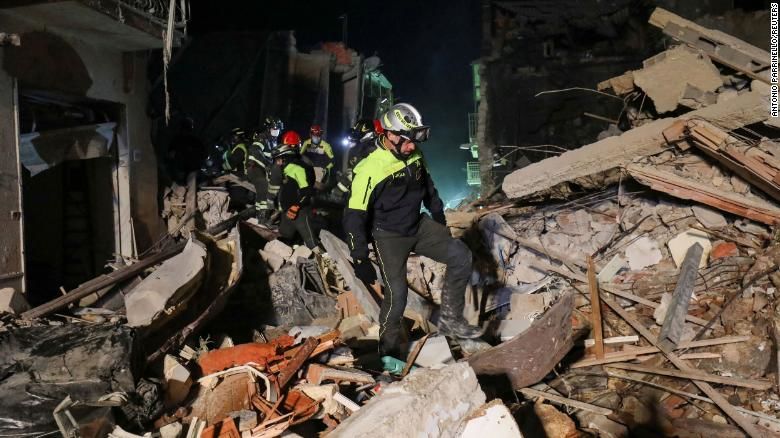 A rescue team searches for missing residents after a four-storey building collapsed following a gas explosion.

"The gas has accumulated either underground or in a closed environment. The activation of the elevator could also have triggered the explosion," commander of the Agrigento fire brigade, Giuseppe Merendino, was quoted as saying by ANSA.

"In the next few days we will carry out more detailed investigations," he said, adding "it is certain that such an explosion is an exceptional event." 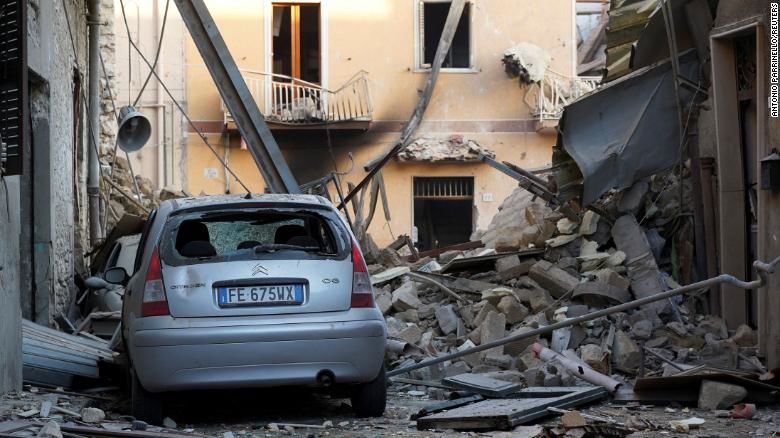 A general view of the scene where the building collapsed.

The possible causes of the pipe rupture could be bad weather, shifting soil or the lift.