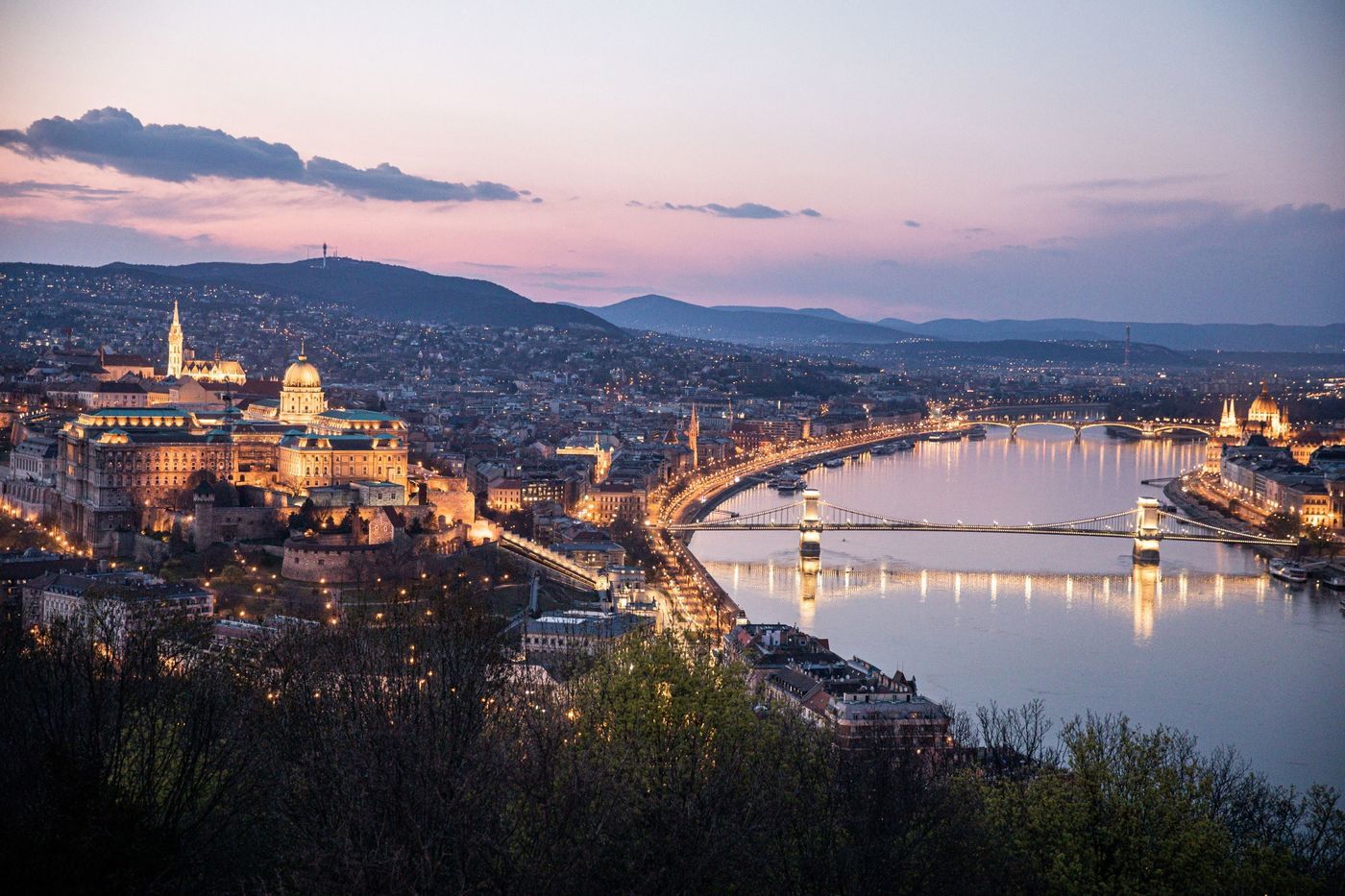 A Rogue Leader’s Plan for the Heart of Budapest

Viktor Orban is transforming Budapest’s most touristy district to create a government stronghold, and his political opponents don’t like it.

Above the Danube River bisecting Hungary’s capital is a classic vista of Central European grandeur: the Buda Castle palace, the Matthias Church and the Fisherman’s Bastion, all bearing down on the city.

What now also dominate the skyline are half a dozen or so cranes that tower over the heart of Budapest in the city’s tourist-filled Castle District. On any given weekday, they are busily working to create a compound of government offices fit for the European Union’s longest-ruling leader — and one of the continent’s most divisive.

Hungarian Prime Minister Viktor Orban is aiming to win a fourth straight term on April 3 in an election that’s being overshadowed by the war in Ukraine next door and an influx of refugees. Polls suggest the 58-year-old populist, whose allies include both Donald Trump and Vladimir Putin and who has reveled in his role as the black sheep among EU premiers, will prevail again bar a significant upset.

Should he do so, Orban will get to see the completion of his National Hauszmann Program, named after the Castle District’s original chief architect in the late 19th century. His government is spending the equivalent of at least half a billion dollars on a transformation and restoration that will eventually see the Finance Ministry and Defense Ministry relocate near the Prime Minister’s Office, which is now housed in a former theater and monastery called Karmelita. 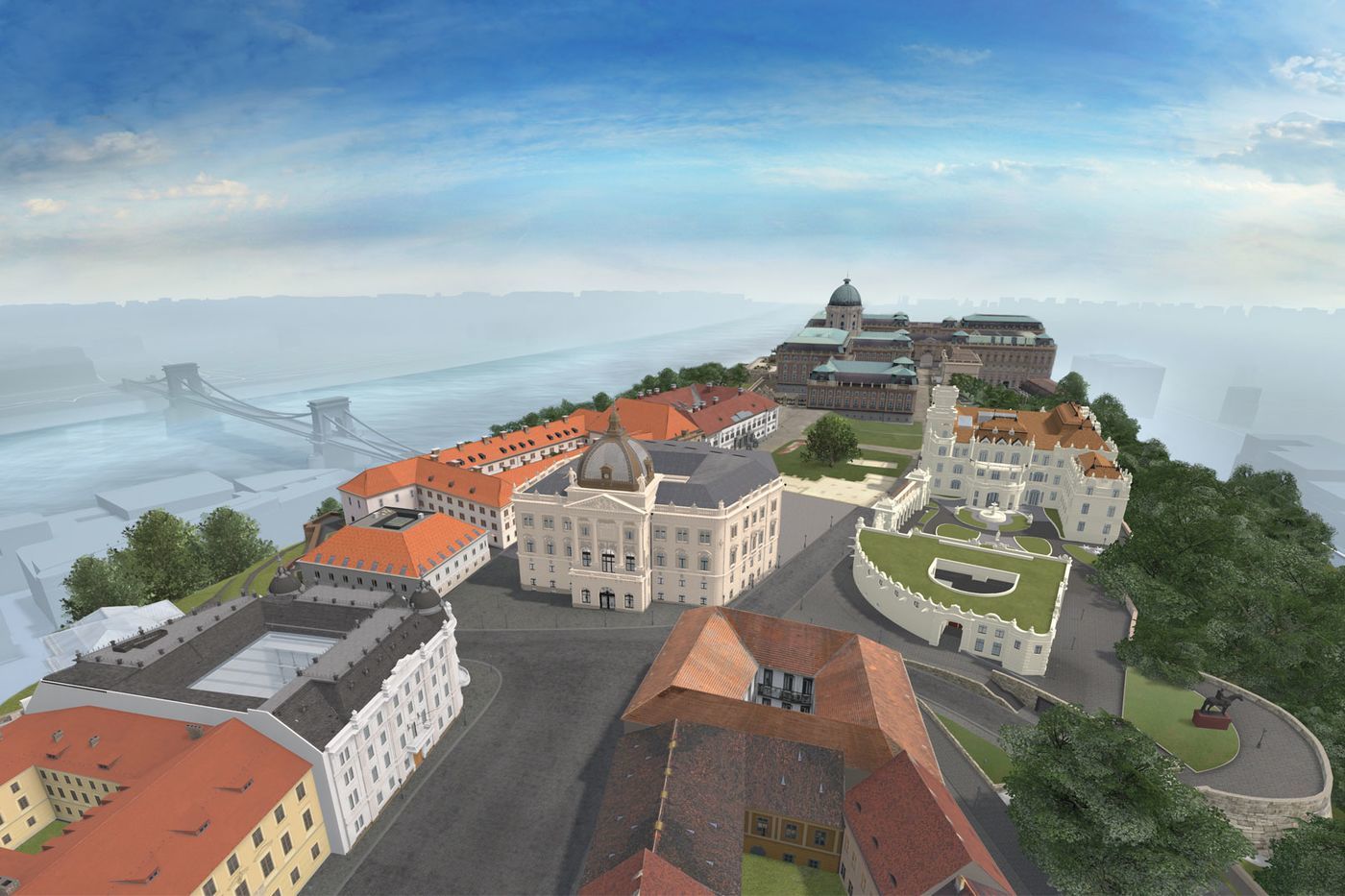 An artist illustration of the Hauszmann Program development.

The project is a way for Orban to put his mark on Hungary’s imposing capital, a city that since the end of communist rule in 1989 has grown into a confident, more cosmopolitan mix of foreign students, cuisine from around the world and yet with strong Hungarian identity rooted in its 19th century architecture. But, as ever with such urban revamps, there’s controversy, and in Hungary it’s political as well as historical and financial.

“Prestige trumps all other considerations in the construction,” said Marta Naszalyi, a landscape architect and opposition party mayor of the Castle District. “Moving parts of the government to look down upon the rest of Budapest conveys a bad message.”

The capital is a stronghold for Orban’s opponents, who could win every district in the capital even as they lose nationwide. Budapest Mayor Gergely Karacsony, a member of the united opposition that’s challenging Orban in the upcoming vote, was elected in 2019 after he pledged to stop or at least deter government plans that he said were carried out without consulting locals or municipalities, and which overrode heritage concerns.

Architect Ferenc Potzner tells a different story. The renovations of the Castle District began in 2011 after feedback from NGOs and professional organizations that was incorporated into the program, he said in a telephone interview. Potzner was the lead designer in restoring Varkert Bazar, an event hall that had been in gradual disintegration, after consulting the building’s original architectural plans and historical photos. 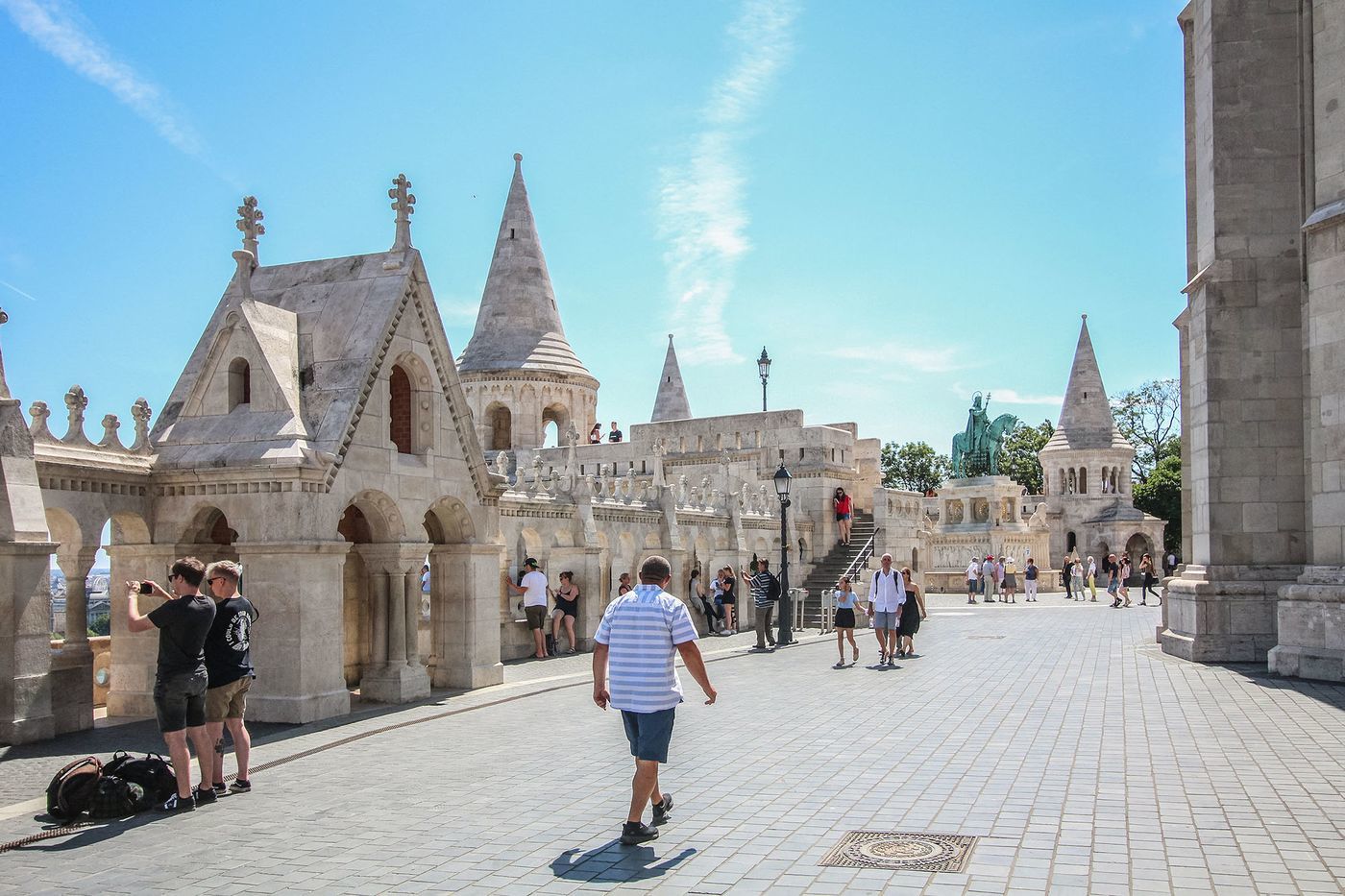 But the Hauszmann Program is also about reconstruction, and that includes the demolition of modernist buildings to bring the district back to the look of its heyday, according to the government. One of the other claims by Naszalyi is that the nationalist government wants to take the district back to how it looked in March 1944 before the Siege of Budapest ultimately led to the surrender of Hungary’s pro-Nazi government in World War II.

That’s refuted by the department reporting to the Prime Minister’s Office that’s responsible for the Castle District revamp. “To refer to 1944 creates artificial tension, a deliberate distortion, and we therefore firmly reject it,” it said in an emailed response to questions. “The period immediately preceding and following the Second World War is not at all comparable with our current activities.”

Since resuming power in 2010, Orban used a supermajority in parliament to railroad opposition, pass a new constitution and extend his influence over everything from universities to the courts. He forged closer ties with Russia and China while dismissing EU concerns over rule of law in Hungary.

His government invited a Russian bank to set up its headquarters in Budapest and caused an outcry last year with plans to build a campus for a Chinese university. That prompted the city council to protest by approving the renaming of streets in the area to reference Hong Kong, Tibet and the Dalai Lama. Budapest also continues to defiantly host the region’s oldest Pride March after Orban’s government outlawed what it calls the “marketing” of LGBTQ content to minors.

A former Budapest chief architect, Istvan Schneller, says that when he was involved in a predecessor of the Hauszmann Program in the early 2010s, decisions were made without any professional debate or public consultation. Schneller quit the project in 2014, telling the cabinet minister responsible that the relocation of the ministries made them less functional than their existing locations and at huge expense.

“Construction and reconstruction is being carried out on an ideological basis, with postmodern buildings planned based on photos,” Schneller said in an interview. “This is a mistaken concept.”

There’s also concern about how much the Hauszmann Program will cost, and who is getting paid to do the work in a country that has plunged in Transparency International’s rankings amid allegations of cronyism. Hungary ranks 73rd in the latest Corruption Perception Index. Bulgaria is only lower among the EU’s 27 member states. 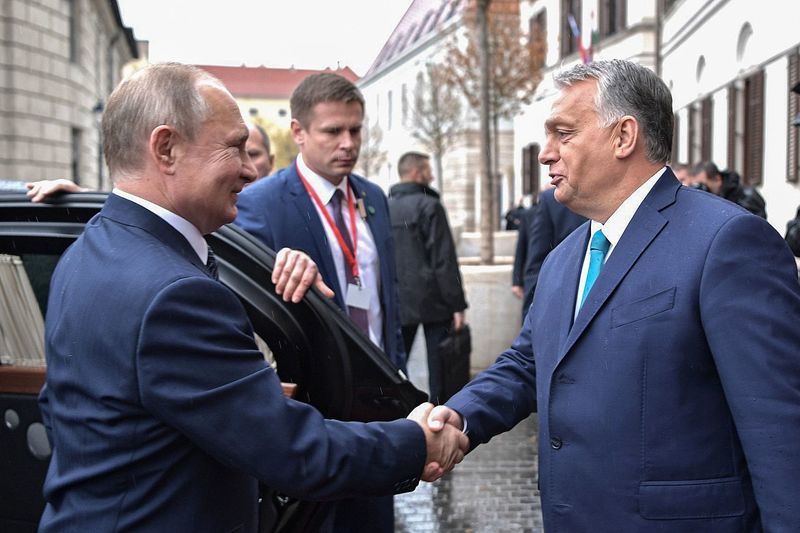 Viktor Orban meets with Vladimir Putin in Budapest, Hungary, in 2019.

The government originally estimated it would cost about 200 billion forint ($590 million), while publicly available budget spending figures show 150 billion forint was already deployed for 2016 to 2020. Schneller put the figure as high as 1 trillion forint in a 2016 interview with the news website Origo, a staggering sum even for a country that still benefits from EU funding.

As the construction continued on a sunny, early spring day next to Orban’s new office, young guides were showing tourists and locals alike the path to avoid the building site.

Kati, 53, who lives on a street down the hill from the Buda Castle, said she supports the project because it will improve the appearance of the district and get rid of some of the uglier buildings. Preferring not to be identified by her full name, she also dismissed concerns among some officials like Naszalyi, the district’s mayor, that traffic would get snarled on the cobble streets as government officials vied for space with tourists.

“We are very happy that it is being built, even if it is inconvenient,” she said. “It’s no different to renovating an apartment building, when you have the end goal in mind. I think it’s a worthy place for ministries. Why shouldn’t they fit there?”