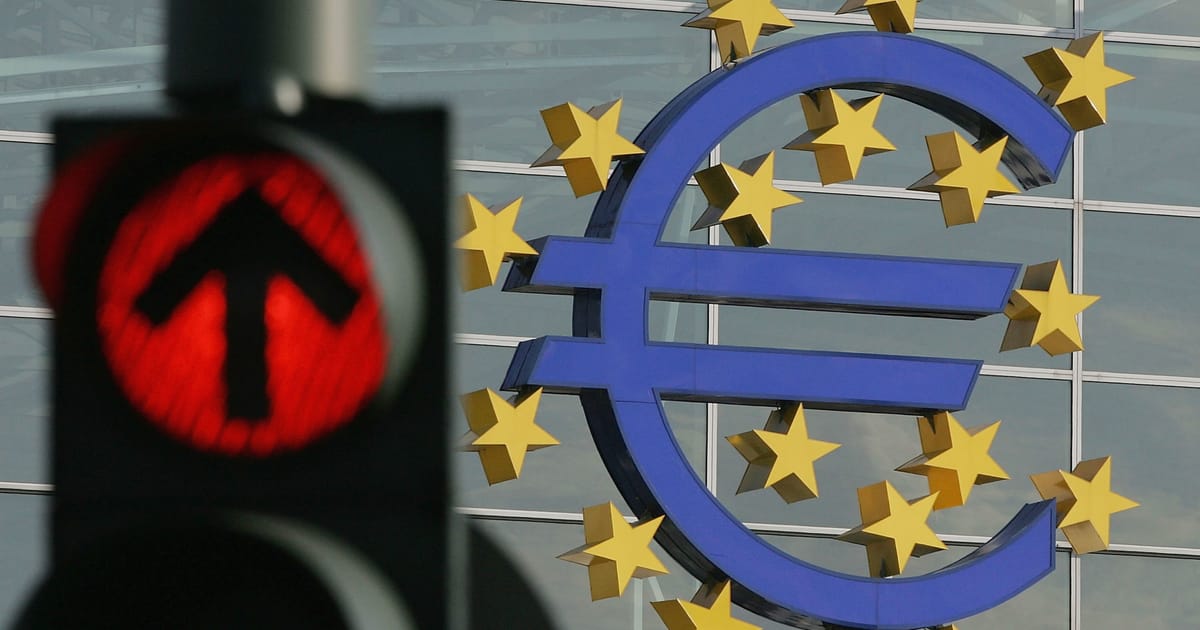 A eurozone recession is looming. Just how bad will it be?

Recession is ‘on the cards’ for the eurozone, key business survey shows.

On Thursday, a key indicator showed business and consumer confidence in the EU and euro area fell sharply in September, the umpteenth sign of a worsening outlook for the bloc.

Last Friday, the influential PMI survey of 5,000 businesses across the eurozone pointed to a recession and the worst economic performance since 2013 — barring the pandemic lockdown months.

The rise in prices prompted the ECB to hike rates by 125 basis points already, and promising more in coming months.

“We are well aware that those decisions that we make on interest rates in order to fight inflation have an impact on those who borrow and those who lend,” ECB President Christine Lagarde said Monday, adding: “Yes there will be consequences of different sorts but the purpose is price stability.”

That in turn raises fears that tightening the money supply might precipitate a recession.

“The ECB is basically thinks it's normalizing policy, but in the current circumstance, it's actually amplifying a downturn,” said Alex Brazier, deputy head at BlackRock Investment Institute.

All that economic hardship is set to feed political tension and opposition to sanctions against Russia, spooking politicians that difficult months lays ahead.

“We may be well be heading into one of the most challenging winters in generations,” EU Economy Commissioner Paolo Gentiloni said last week.

ECB chief economist Philip Lane earlier this week conceded that the eurozone is dangerously close to recession. Official forecasts, which have long been more optimistic than most private sector equivalents, see growth stagnating in the final quarter of this year and the first quarter of next year. “If we think our base case is to barely grow, a technical recession, falling into a mild recession cannot be ruled out,” Lane said.

Since the ECB’s forecasts, Germany’s Bundesbank warned that “there are mounting signs of a recession in the German economy in the sense of a clear, broad-based and prolonged decline in economic output.”

The Munich-based Ifo Institute now predicts a winter recession for Germany, with output shrinking by 0.3 percent next year, while Deutsche Bank expects a massive fall of 3 to 4 percent.

A notable downgrade in growth projections for Germany, the eurozone’s largest economy, could easily put the balance for the region as a whole toward recession.

This is now the baseline case for most economists. A recent Bloomberg poll showed the probability of two straight quarters of contraction at 80 percent in the next year, up from 60 percent in a previous survey.

How bad will it get?

The question is how severe this recession will be. Lane and other ECB officials, including Bundesbank chief Joachim Nagel, have said that any downturn is likely to be mild. Private forecasters are more bearish.

On Wednesday, Deutsche Bank’s economists said their projections for a “mild recession” in Europe are no longer valid as the energy crisis has escalated. It cut the forecast to -2.2 percent from the previous 0.3 percent.

Barclays expects the eurozone to contract by 1.1 percent next year.

Blackrock Investment Institute forecasts a 1.1 percent contraction in output in 2023, equivalent to a 2 percentage points drop from peak to trough.

“So not a mini-recession at all, [but] a full-blown recession,” said Alex Brazier, deputy head at BlackRock Investment Institute.

Putin’s latest escalation of the war will do little to brighten prospects for the region.

The trouble is that, unlike in previous recession episodes, the ECB cannot help to cushion the impact of economic contraction. On the contrary, to fight raging inflation it has to tighten monetary policy. ECB President Christine Lagarde earlier this week for the first time raised the possibility that policymakers will have to lift key interest rates so high that they will actively slow already meager economic growth.

There are no signs of price pressures relenting any time soon. The PMI survey showed that the surge in energy costs has reignited inflationary pressures and therefore “the challenge facing policymakers of taming inflation while avoiding a hard landing for the economy is therefore becoming increasingly difficult,” S&P's Williamson said.

“The ECB faces a very brutal trade-off here between persistent core inflation, and generating a recession. And I don't think they've quite acknowledged the scale of that trade-off yet,” said Brazier, adding: “Once that trade-off is acknowledged, we'll see a clearer picture.”

While euro area employment is at an all-time high, real wages have declined, as wage growth failed to keep up with inflation — undercutting workers’ purchasing power and generating a cost-of-living crisis.

Italy’s business lobby Confindustria has warned that between 400,000 and 600,000 jobs might be lost as a result of high gas prices.

Popular discontent has started to show, with protests erupting in the Czech Republic, Slovakia, Poland and Germany against high energy prices and, at times, taking aim at EU energy policy.

Governments across Europe have sought to keep discontent in check by pouring hundreds of billions into cushioning energy prices for households and businesses, but that’s unlikely to offer long-lasting relief.

Their fear is that economic pain will generate backlash against the EU’s sanctions against Russia, and make it hard to sustain unity and resolve in the long run.

Some already liken the current economic downturn to self-harm.

"A recession is not inevitable, but the chances of one are rising," EU Economy Commissioner Paolo Gentiloni said Friday, adding: "We may be well be heading into one of the most challenging winters in generations."