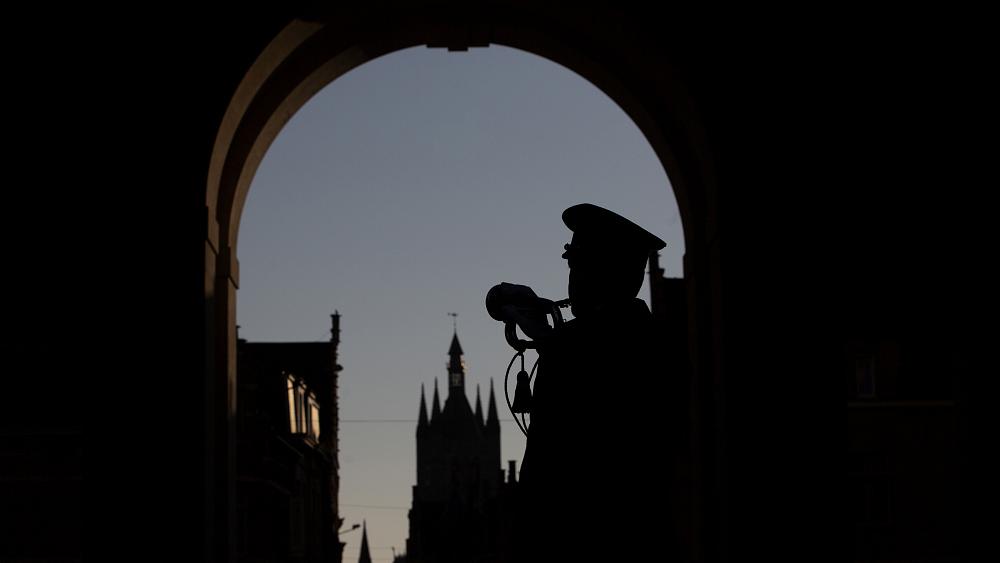 A century ago World War One was over, but Europe wasn't at peace

On 11 November 1919, Britain fell silent at exactly 11 am for the first time since the end of the Great War.

It had been a personal intervention by King George V that instituted the two-minute silence to commemorate the end of World War One, in order that “in perfect stillness, the thoughts of everyone may be concentrated on reverent remembrance of the glorious dead,” the king wrote in The Times.

A report from the Hartlepool Northern Daily Mail on 11 November 1919 described a “majestic and intensely impressive solemnity” as guns were fired at 11 am to mark the start of the event.

“The hum of traffic was hushed as never before, pedestrians halted, police and soldiers stood at the salute and in the city streets women and even strong men sobbed after the maroons had brought back the memory of the glorious dead,” it said, in an editorial titled ‘The Great Silence’.

It had been just 12 months an armistice signed between the victorious allies and Germany in a train carriage in the French forest of Compiègne had brought the Great War to an end. Europe, and the wider world, was reeling from a conflict that had left 20 million dead and 20 million more injured.

In the coming years, Armistice Day became the event we know today. By 1920, the Cenotaph, a tribute to the war dead in London, had been replaced by a stone monument, and a body of a British soldier - the Unknown Soldier - was buried in the entrance to Westminster Abbey.

On 11 November 1920, France buried its own Unknown Soldier, killed at the Battle of Verdun, was buried under the Arc de Triomphe in Paris. 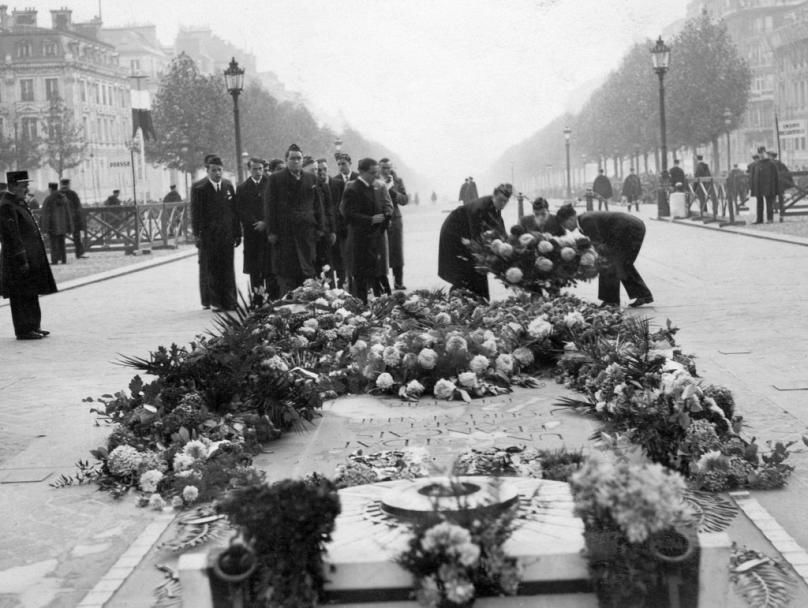 A picture taken on November 11, 1933 shows a wreath-laying ceremony at the tomb of the Unknown Soldier during the Armistice Day at the Paris Arc de Triomphe.

As early as 1918, poppies had become a symbol of the dead in the U.S. and France - illustrated in the 1915 poem by John McCrae, In Flanders Field - and in 1921, the red flower became part of the ceremonies in Britain, where they are still worn in the run-up to November 11 today.

“It was on a much bigger scale than what we would understand today. It was a mass phenomenon and it was very, very powerful for those who lived through it,” said Heather Jones, professor of Modern and Contemporary European History at University College London.

“It became a conduit for grief, a way that the bereaved could be visible in society. Across the continent, it became a time for reflection, and for ceremonies that had the bereaved at its heart.”

It was grief, rather than celebration at the end of the conflict, that still gripped Europe in 1921, even as the decade that followed brought modernisation, industrial development, and social change. 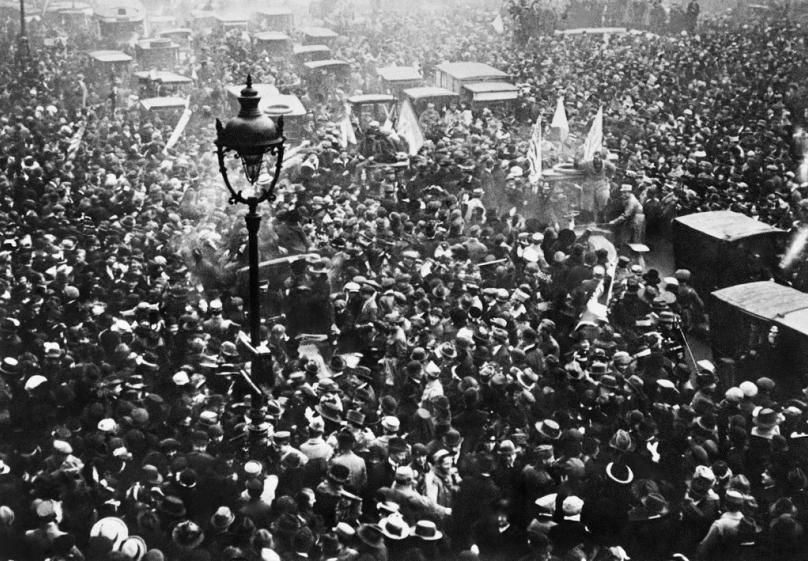 Parisians march on the Grand Boulevard in Paris, on 11 November 1918.

Even in 1921, although the war was over in Europe, the continent was not at peace.

By November 11, 1921, Britain was still involved in the bitter conflict with Ireland, which had been partitioned six months earlier in May. The Anglo-Irish agreement that ended the war - and British rule in most of the island of Ireland - would be signed three weeks later.

Britain may have ‘won' the war, it had lost almost 900,000 soldiers, amounting to 6% of the adult male population.

Those that had survived, many of them injured and facing high unemployment and economic turmoil, were increasingly despondent about the future of the country to which they had returned.

France, meanwhile, had been the main theatre of conflict for four years and faced widespread destruction. The loss of 1.3 million men during the war led to massive labour shortages and, in the coming years, a massive decline in the birth rate.

Across Europe, fear of Communism was widespread as the Bolsheviks tightened their grip on power in Russia. 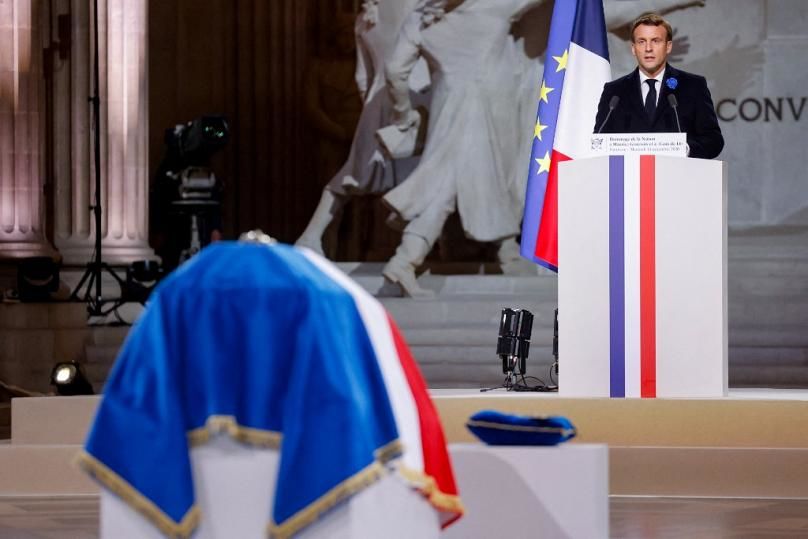 French President Emmanuel Macron delivers a speech inside the Pantheon monument, during a ceremony honouring the World War I soldiers and French author Maurice Genevoix.

On the right, Italy was already seeing the rise of far-right politics and Benito Mussolini had founded the National Fascist Party in 1921.

Adolf Hitler was gaining prominence as a rabble-rouser in the beer halls of Munich having become the leader of the National Socialist Germany Workers’ Party (NSDAP) that summer. One of his primary targets was the so-called “November criminals” that had agreed to the Armistice with the Allies.

In 1914, British author H.G. Wells wrote that the Great War would be the "The war that will end war", believing that the conflict would create a new world order that would make future conflict impossible.

Wells believed that by crushing the militarism of Germany under the Kaiser and its allies - the Austro-Hungarian and Ottoman empires - Great Britain, France, and Russia were not only soldiers in a war but “crusaders against war”.

“There shall be no more Kaisers [...]. We are resolved. That foolery shall end! It is the last war," he said.

But the Europe that came next was certainly not the new social order that Wells had hoped to see, and even in 1914, there were those who did not approve of his prediction.

Philosopher Bertrand Russell argued, in an open letter to Wells published in a British journal, that even if Germany was defeated: “Why should Germany not wait [...] for the opportunity of revenge?”

Russell wrote: “War will only end when people so realize its horrors [that] they prefer to refrain from fighting even when they believe that they have a just cause.”

“The only road to a secure peace lies through a reform in the thoughts and feelings of common men: an unwillingness to inflict humiliation on others for the sake of one’s own triumph, a more calm and equable courage which provides against reasonable risks quietly, without hostile feeling, and without the nightmare terror that makes men rush into the very calamity of which they are in dread.”